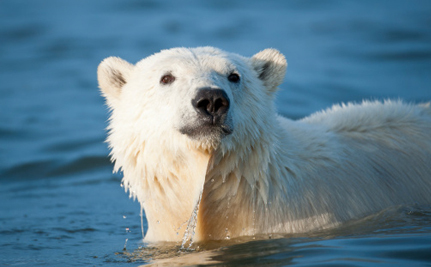 While conservationists and wildlife enthusiasts celebrate the 40th anniversary of the Endangered Species Act (ESA) last week, Tea Party members were busy working on a bill to gut the act, which will put the most vulnerable plants and animals at even more risk.

The ESA was enacted in 1973 in an effort to protect the plants and animals on the verge of disappearing. It is administered by the National Marine Fisheries Service (NMFS) and the U.S. Fish and Wildlife Service (FWS), whose ultimate goal is to recover imperiled species to the point they no longer need to be listed by protecting critical habitat and preventing “take” and trade of protected species through partnerships with federal and state agencies, private landowners and conservation organizations, among others.

How successful it’s been might depend on who you ask, but according to the FWS the ESA has prevented the extinction of 99 percent of the species it has protected since its inception and has helped hundreds of others on the road to recovery, from California’s Southern sea otter and bald eagles to grizzly bears, black-footed ferrets and gray wolves. It’s now protecting more than 1,400 species in the U.S. and 600 foreign species, while many others still wait for determinations to be made about their future.

Even if preventing extinction isn’t enough for some to define a success, 40 years is a small window of time in the grand scheme of things. By some estimates it could take 25 years or longer for a species to fully recover.

Unfortunately for special interest groups, protecting species puts up roadblocks to development, which has led to politics sneaking into decisions that are supposed to be based purely on science.

Last week, Tea Party Senators Rand Paul, Mike Lee and Dean Heller introduced a bill that would gut the ESA and end protections for most of the species currently listed, make it harder to list new species and require that every five years threatened and endangered species are kicked off the list, regardless of how they’re doing, until Congress passes a joint resolution renewing their protection for another five years, at which point they’ll be kicked off again.

“Here we are celebrating the 40th anniversary of the Endangered Species Act this year, and the Tea Party wants to tear it limb from limb,” said Brett Hartl, endangered species policy director at the Center for Biological Diversity. “It’s really a sad testament to how out of touch the Tea Party has become with the American people, and how beholden they are to industry special interests that are more interested in profits than saving wildlife, wild places and a livable future for the next generation.”

According to the Center, the bill would also eliminate all protections for critical habitat and allow state governments to veto conservation measures that are designed to protect imperiled species. Federal agencies would also be weighed down with requirements to complete reports estimating the costs of protecting species, instead of spending time on working on tangible conservation actions.

“This bill would devastate species protections and open the door to log, mine and pave some of the last places on Earth where these animals survive,” Hartl said. “It’s a boon for profiteers like the Koch Brothers but will rob every American who values wildlife and wild places.”

The IUCN just updated its Red List of Threatened Species after assessing more than 71,000 species from around the world and concluded that more than 21,000 are threatened with extinction. It’s still only a small sample of the total number of species on earth, but the number of threatened ones has been growing and offers us a glimpse of how healthy the ecosystems they live in are. We should be looking for ways to improve protections and working harder than ever to protect imperiled plants and animals for their own sake, but also because without a healthy ecosystem we won’t thrive either.

Hopefully this bill and the Tea Party’s efforts to gut the ESA will be the next to go extinct. Meanwhile, please contact your representative and ask them to oppose the Endangered Species Management Self-Determination Act.