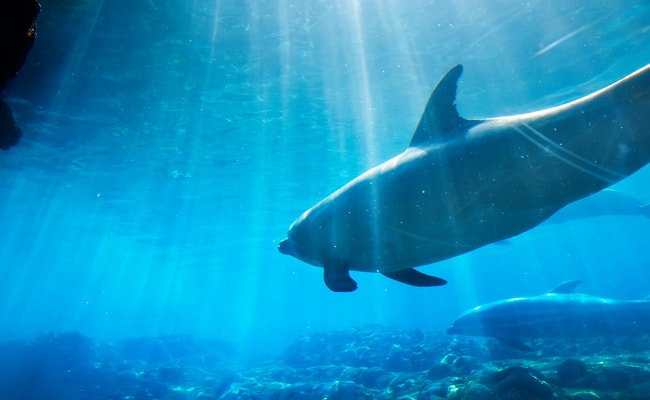 A European court has ruled that the UK has not been properly protecting its declining population of harbor porpoises, breaking its international commitments.

The European Court of Justice, Europe’s top court on issues surrounding regulatory law, has said that the UK is breaking the law due to its failure to designate enough areas to keep harbor porpoises safe.

Harbor porpoises are smaller cousins to bottlenose dolphin and share a number of physical features. Globally, porpoise numbers have declined, something that is partially because of overfishing. This has led to porpoises being caught in fishing nets and dying as a result.

Even in areas that have taken steps to curb this problem, studies have shown that the noise from boats, as well as noise from things like underwater energy exploration (for example drilling or the construction for off-shore wind-farms) can all have adverse effects on porpoises.

At high levels, such noises can actually injure or even kill porpoises. More commonplace, however, is that this kind of noise pollution simply makes the area unlivable for them, causing them to abandon the sites. If such a site is their fishing or breeding ground, the threat to their numbers increases — and this is precisely what the EU has hoped to stop by introducing regulations requiring member states to designate safe zones,where porpoises can flee to live and breed without noise pollution.

While over a dozen other nations impacted by this directive have complied, the UK has not — and it’s not down to anything like short notice.

The European Commission warned the UK in 2014 that it would be referred to the Court of Justice if the UK failed to comply with EU directives on the protection of porpoises. At the time, the UK said it believed it was in compliance, as it had designated two areas of safety for the porpoises and was looking at more.

The government has argued that it’s difficult to properly identify areas that count as protected zones for porpoises. Environment and wildlife groups say that’s just an excuse for the UK dragging its feet on what can be a thorny issue due to its potential impact on things like offshore wind farm construction, which have been a major part of energy sector plans.

“For too long, the UK has dragged its heels and failed to comply with the habitats directive to protect harbour porpoises, and today’s ruling is further proof of the UK breaching its obligations to provide proper conservation sites at sea for the underwater mammal,” Tatiana Lujan from environmental lawyers ClientEarth, told The Independent.”The only reason the UK has identified dedicated sites of conservation to date has been due to pressure from the European Commission.”

Under the latest EU Court of Justice ruling the UK must designate more protected sites. The CoJ noted that the UK has a particular responsibility for harbor porpoises, because it is an island nation whose waters encompass much of the porpoise’s natural territory.

For its part, the UK Department for Environment, Food and Rural Affairs has cited a further six zones it is ring-fencing this year for porpoise safe-zones.

“The UK has also gone further to protect our marine life than ever before, introducing one of the world’s toughest bans on microbeads and stopping 13 billion bags ending up in our oceans through our 5p charge,” a Department for Environment, Food and Rural Affairs spokesperson said.”Now we are proposing 41 new Marine Conservation Zones around the country and calling for 30 per cent of the world’s oceans to be protected by 2030.We are committed to protecting our seas and marine life, and will now carefully consider the court’s ruling.”

Campaigners would like to see proactive action on this issue, rather than the UK having to be dragged toward fulfilling its international obligations. This would mean designating dozens of Marine Conservation Zones — not just proposing them — and tightening loopholes that can sometimes lead to these sites being compromised. For example, they’d like to see further restrictions to limit noise pollution-causing activities to times when the porpoises aren’t breeding.

Protecting harbor porpoises and coastal dolphins has yet again been flagged as a topic of major international concern after a recent study found that Gulf dolphins show traces of phthalates, a compound that is almost certainly infiltrating their ecosystem thanks to our plastic pollution problem as well as things like land run-off.

What is clear is that, unless we make a global effort, harbor porpoises may continue to suffer and their numbers decline even further.