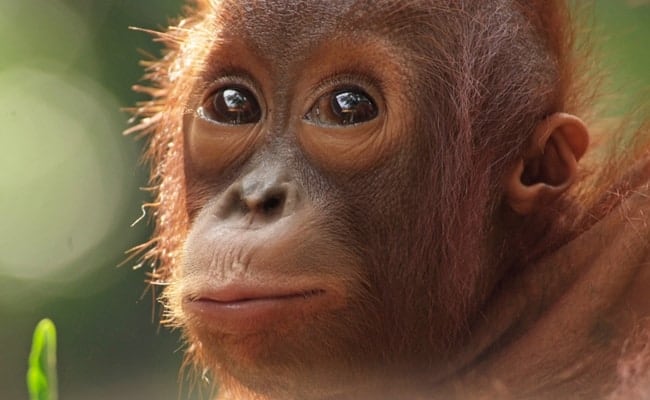 We talk a lot about wildlife trafficking and the threat it poses as a broad issue, but we don’t always get to see the direct impact it has on individual animals. This week, the seizure of two baby orangutans who were destined to be pets has offered a heartbreaking glimpse into the real price being paid.

Responding to a tip, a team from the Ministry of Environment and Forestry in West Borneo raided a house where endangered species were being kept.

The team found two baby orangutans who had been packaged up in small cages and were ready to be sent to a buyer.

According to officials, they had been captured by a hunter, and were collected by the man they arrested, who was selling them for about ￡175, or roughly $220 USD. The investigation is being continued, because officials believe he is part of a larger trafficking syndicate.

“The general condition of the two orangutans is not bad, although both are dehydrated and suffering from severe distress. One of them is rocking back and forth – this is an abnormal behaviour presented by animals in extremely stressful conditions,” said IAR Indonesia vet Temia.

For orangutans, the loss of two individuals in one shot is devastating. For Bornean orangutans, whose status was changed to Critically Endangered on the IUCN Red List of Threatened Species last summer, every life is incredibly valuable.

While the organization is providing vital care to those in need, it’s also working to educate local communities about the threats orangutans face, and why they should never be kept as pets. Hopefully stories like this one will help further raise awareness about the issue, and help increase efforts to address trafficking, and other threats they face before it’s too late.

The two new arrivals bring the total number of orangutans in IAR’s rescue center in Ketapang to 111. Hopefully one day they’ll be able to return to their home in the wild, but much more still needs to be done to ensure they have a safe place to go.

“Having such a large number of orangutans undergoing rehabilitation, and more still needing to be rescued, makes it harder and harder to find safe places where we can release them,” said Karmele Llano Sanchez, Programme Director of IAR Indonesia. “If we do not address the root cause of the problem, we will never halt the decline of orangutans in the wild.

For more on how to help, check out International Animal Rescue and its Forest Fund campaign.