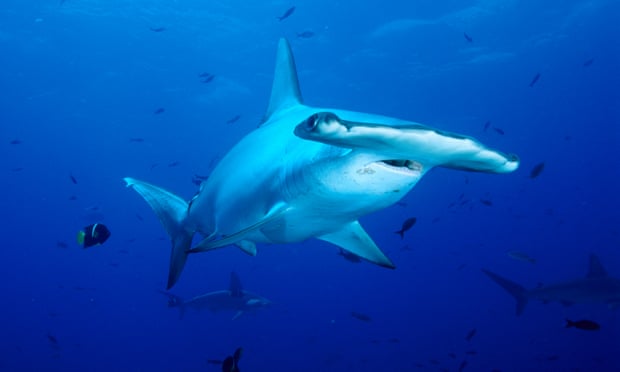 Thirty hammerhead sharks captured on the Great Barrier Reef and exported to a French aquarium over an eight-year period have all died in captivity and the Australian government says it knows nothing about it.

The deaths, which are the subject of legal action by Sea Shepherd France, could put a spotlight on the trade of threatened sharks caught in Australian waters because of a federal law that allows them to continue to be commercially fished.

The scalloped hammerheads were at Europe’s biggest aquarium, the Nausicaá aquarium in the French port of Boulogne, near Calais, and were imported in two groups, the first in 2011 and the second in 2018.

The last of the 30 sharks died two weeks ago, but the precise timeline and cause of all of the deaths is unclear.

Nausicaá has told European media the sharks died due to a fungal infection, but earlier reports suggested some of the animals had attacked each other.

Sea Shepherd France is alleging the animals were mistreated in captivity and is taking legal action against Nausicaá.

Lamya Essemlali, the president of Sea Shepherd France, said the organisation was seeking access to all documents relating to the care of the sharks in captivity, as well as all permits issued for the import of the animals.

“For a threatened species every individual counts,” she said. “We want all the documents of the people who took care of them and the authorisations for the imports.

“It’s all very blurry from Nausicaá. That is why we are asking in our lawsuit for a deep investigation of everything that happened from the moment they imported them in 2011.”

Despite the international attention, the environment department said it “was not aware of the deaths of these animals”.

Guardian Australia asked the environment minister, Melissa Price, if she was aware of the case and did not receive a response.

The sharks were originally captured in the Queensland Marine Aquarium Fish Fishery, an approved wildlife trade operation that extends from the tip of Cape York down to the New South Wales border.

Cairns Marine, a company that supplies marine life for display and aquariums, had the animals flown to a transhipping company in Amsterdam. From there, they were exported to Nausicaá.

Scalloped hammerheads were only listed under the Convention on International Trade in Endangered Species of Wild Fauna and Flora (CITES), an international treaty that regulates the trade of wildlife, in 2014, meaning Cairns Marine was only required to acquire an export permit from the department for the second group of sharks that went to Europe last year.

A department spokeswoman said under Australian environment law exporters were not required to clarify the condition of live fish on arrival at their destination.

“Because of this, the department recommends you clarify further with the aquarium,” she said.

Ryan Donnelly, the chief financial officer for Cairns Marine, said Nausicaá had not informed the company the animals had since died and any information they had obtained was through media reports.

He said the company had “world-class animal husbandry experts” and all wildlife had a thorough health assessment before it was shipped.

“We won’t send an animal unless its in absolute premium condition,” Donnelly said. “They fly into a central point in Amsterdam. They’re stabilised and acclimated there and then shipped to the destination.”

Of the deaths he said: “It’s sad. It’s absolutely saddening.”

In Australia, environment groups want the department to investigate. The case is the second in less than 12 months that has raised concerns about the trade of wildlife from Australia.

Last year, Guardian Australia revealed the federal government had granted permits for hundreds of Australian parrots to be exported to a German organisation despite allegations they would be sold to wealthy collectors. That case is now the subject of a departmental investigation.

The government’s independent threatened species scientific committee has identified the scalloped hammerhead as being eligible for an endangered listing in Australian waters.

But last year the former environment minister Josh Frydenberg instead listed the shark as “conservation dependent”, a category for marine life that allows threatened animals to continue to be fished.

Leonardo Guida, a shark scientist and the senior shark campaigner for the Australian Marine Conservation Society (AMCS), said he was “gobsmacked” the sharks could be exported live overseas.

“For starters, they technically qualify as an endangered species in Australian waters,” he said. “Also, from personal experience having studied hammerhead sharks and their response to capture stress from commercial fisheries … hammerhead sharks in particular are very sensitive creatures. They get exhausted very quickly and it often leads to death.”

Humane Society International Australia has been pursuing an endangered listing for the scalloped hammerhead since 2010. Together with AMCS they are planning to appeal again for it to be granted this listing and taken off the conservation dependent list.

“There’s no conservation benefit to taking sharks from the Great Barrier Reef in Australia for aquariums overseas,” Nicola Beynon, the head of campaigns for HSI Australia, said. “There are serious animal welfare risks and it shouldn’t happen.

“The species qualified for protection as endangered but it’s not receiving it because it’s commercially exploited. If it was a land animal like a koala that would never have happened.”

Guardian Australia sent questions to Nausicaá and did not receive a response by deadline.

This article was first published by The Guardian on 14 May 2019.