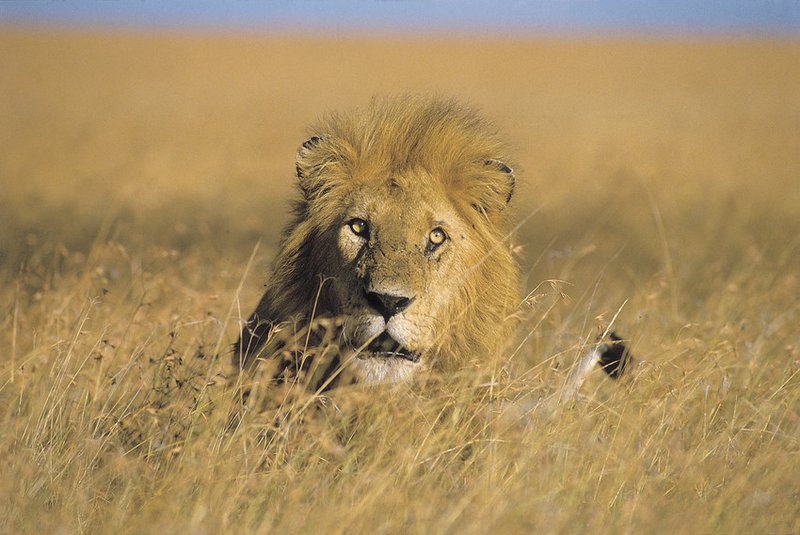 WASHINGTON— The Trump administration has authorized a U.S. hunter to import a lion trophy from Tanzania — the first allowed from that country since lions were given protection under the U.S. Endangered Species Act in January 2016. A Florida man received permission to import the lion’s skin, skull, claws and teeth, according to U.S. Fish and Wildlife Service records belatedly released under the Freedom of Information Act.

The decision likely signals that the Fish and Wildlife Service is approving, or will approve, lion and other wildlife trophy imports from Tanzania, despite that nation’s troubling history of mismanaging populations of lions, elephants and other imperiled animals. Many — likely more than two-thirds — of the permit findings would apply to other applications for Tanzanian trophy imports.

The Florida hunter was represented by attorney John Jackson, a member of the Trump administration’s International Wildlife Conservation Council, an advisory board that promotes trophy hunting.

The permitting decision was apparently made earlier this summer, though the agency has not been fully transparent about the timeline since the hunter’s application was first submitted in November 2016.

“This is tragic news for lion conservation, and it suggests that the Trump administration may soon open the floodgates to trophy imports from Tanzania,” said Tanya Sanerib, international legal director at the Center for Biological Diversity.

“Tanzania is a lion stronghold, but it’s been criticized by scientists for corruption and inadequate wildlife protections. Opening the U.S. market to these imports doesn’t bode well for the lion kings of Tanzania.”

Trophy hunters target mature male lions with manes that make desirable trophies. But such lions are often pack leaders. When they’re shot by a hunter, the new pack leader kills the previous one’s offspring, resulting in the loss of not one, but many, lions.

Forty percent of lions in Africa are thought to be found in Tanzania, but populations are hard to count. Not knowing how many lions it has, Tanzania has reverted to allowing hunters to kill males believed to be six and older, even though the animals are difficult to age in the field. The country also sets quotas based on the previous year’s kills, not on population size.

“As one of the original petitioners for ESA protection for lions, we are alarmed that the government has allowed lion trophy imports from Tanzania to resume,” said Anna Frostic, managing wildlife attorney for the Humane Society of the United States and Humane Society International.

“We continue to battle this administration in federal court to ensure that lion and elephant trophy permitting decisions are fully transparent and based solely on conservation science.”

The Obama administration banned elephant trophy imports from Tanzania from 2014-2017 because of concerns that poaching and mortality were outpacing births.

One prominent lion expert was expelled from Tanzania for questioning government policies and highlighting corruption. The Tanzanian government itself shuttered its hunting programs in the fall of 2017, noting the need for reforms.

“We’re waiting for the other shoe to drop, and it may land on Tanzania’s elephants,” said Sanerib. “This administration reversed course and lifted the ban on elephant trophy imports from Zimbabwe.

I’m worried Trump officials will do the same for Tanzania. In the face of the global extinction crisis, we shouldn’t let rich Americans kill imperiled species for fun.”

The organizations, along with the Humane Society Legislative Fund, are urging Congress to pass the Conserving Ecosystems by Ceasing the Importation of Large Animal Trophies (CECIL) Act to ban imports of trophies and parts from African lions and elephants from Tanzania, Zimbabwe and Zambia into the United States.

This article was first published by Center for Biological Diversity on 12 September 2019.