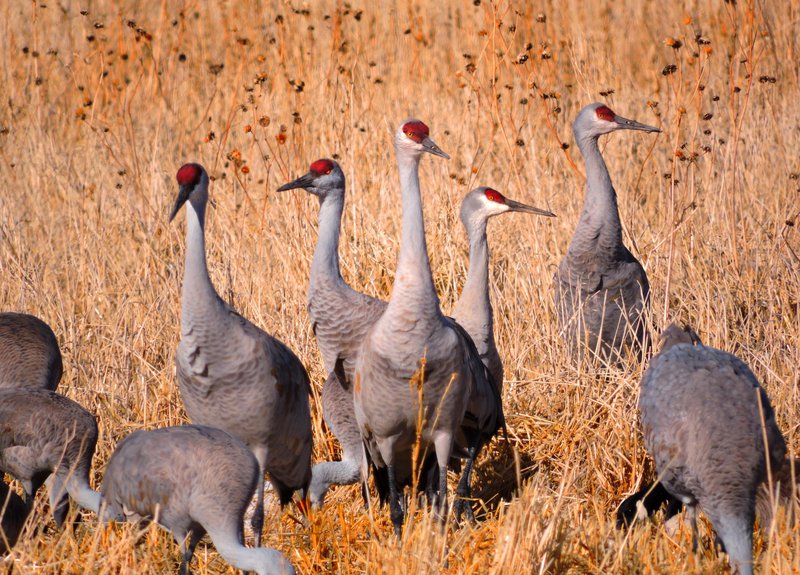 WASHINGTON— The Trump administration has proposed to approve genetically engineered crops on national wildlife refuges throughout the southeastern United States, a step likely to increase use of glyphosate and other pesticides known to harm wildlife.

The proposal released this week opens the door to escalating uses of GE crops and harmful pesticides across the Southeastern Region of the refuge system, which includes 131 refuges in 10 states, Puerto Rico and the U.S. Virgin Islands.

“Only the Trump administration would aggressively promote the use of crops genetically engineered for pesticide tolerance on wildlife refuges,” said Hannah Connor, an attorney at the Center for Biological Diversity. “It’s a no-brainer that this kind of pesticide-intensive agriculture shouldn’t be allowed on public lands that are critical to wildlife conservation and preservation of the unique ecosystems of the southeastern U.S.”

National wildlife refuges are federal public lands specifically designated to protect fish and wildlife. The Southeastern Region is comprised of almost 4 million acres of refuge lands and waters that provide vital habitat for dozens of endangered species known to be imperiled by pesticide use — including bats, birds, freshwater mussels, and fish like the pallid sturgeon and Alabama cavefish.

“National wildlife refuges are vital sanctuaries for our natural heritage for present and future generations,” said Sylvia Wu, an attorney at the Center for Food Safety. “Permitting GE crops and neonicotinoid pesticides on the refuges threatens one of the few places that pollinators and protected species should be able to find shelter from the onslaught of toxic pesticides threatening their existence.”

Approximately 44,000 acres of refuges lands in the Southeaster Region are currently devoted to farming practices, with corn, soybeans and rice the most commonly farmed crops.

Genetically engineered corn and soy are typically designed to survive what would normally be fatal spraying with herbicides like glyphosate, dicamba and 2-4,D. This allows farmers to use these pesticides prophylactically, especially in the summer months after the crops have emerged. Increased pesticide-use periods often correspond with key wildlife feeding and breeding times, when pesticides can be especially harmful to species.

Glyphosate use on GE crops may have significantly contributed to monarch butterflies’80% decline over the past two decades. This is because the pesticide is a uniquely potent killer of milkweed, the monarch caterpillar’s only food.Recent estimates indicate that monarch populations have further plunged by over half in the past year alone.

“We are in the midst of a biodiversity crisis,” said Ben Prater, Southeast program director at Defenders of Wildlife. “Industrial agriculture with pesticide-intensive genetically engineered crops has no place on national wildlife refuges dedicated to conservation of our most vulnerable species, including pollinators like hummingbirds, bumble bees and monarch butterflies.”

The southeastern United States is home to unparalleled biodiversity, though the region’s species are suffering from pollution, habitat destruction and pesticide-intensive industrial agriculture. Twenty-eight percent of the region’s fish species, 48% of crayfish and 70% of southeastern mussels are facing extinction.

The area covered by today’s proposal also includes the southern portions of the Atlantic and Mississippi flyways, which are vital migratory paths for endangered birds such as wood storks, piping plovers and sandhill cranes. Refuges also support a diversity of native pollinators.

The proposal and draft environmental assessment will be open for public comment for 30 days.

This article was first published by The Center for Biological Diversity, a national, nonprofit conservation organization with more than 1.7 million members and online activists dedicated to the protection of endangered species and wild places.