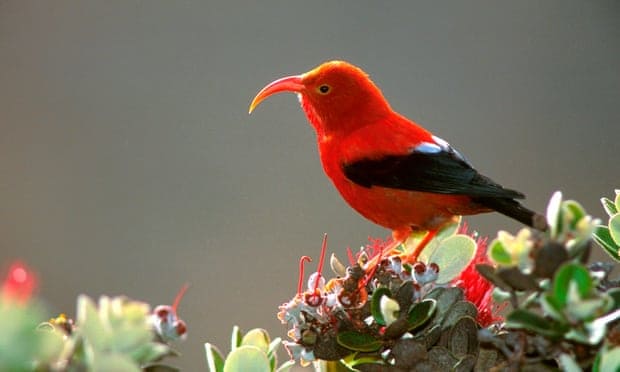 Scientists and officials around the US have told the Guardian that the Trump administration has withdrawn funding for a large, successful conservation program – in direct contradiction of instructions from Congress.

Unique in scale and ambition, the program comprises 22 research centers that tackle big-picture issues affecting huge swaths of the US, such as climate change, flooding and species extinction.

They are known as Landscape Conservation Cooperatives – or were, because 16 of them are now on indefinite hiatus or have dissolved.

“I just haven’t seen anything like this in my almost 30 years of working with the federal government,” said a scientist at the Fish and Wildlife Service who worked for one of the LCCs and wished to remain anonymous, because federal employees were instructed not to speak with the Guardian for this story. “There is this lack of accountability.”

“[But] we are hearing disturbing reports from outside groups and concerned citizens that the LCC program is being altered and may not receive any federal funding.”

McCollum requested a full accounting of the situation so her committee could investigate.

The LCCs were established under the Obama administration in 2010 and staffed by the Fish and Wildlife Service, and appeared to be achieving their goals.

In Hawaii, a center found that many native Hawaiian forest birds would not have any suitable habitat remaining by the end of the century, which helped get one of the birds listed as “threatened” under the federal Endangered Species Act.

In flood-prone areas of the Gulf coast, work by an LCC has resulted in more residents getting access to flood-insurance discounts. Another created the “California Climate Commons”, a website that aggregates studies, data visualizations and maps on how climate change will affect the state.

“No other federal program is designed to address landscape conservation needs at a national scale” in this way, according to a 2016 review by the National Academy of Sciences.

Donald Trump made it clear from the beginning that the LCCs – and science funding in general – were not a priority for his administration. His first budget proposal as president eliminated funds for the LCCs, and for other applied research programs run through the interior department. Ensuing budget requests followed the same pattern.

But Congress decides the federal budget, and it can disregard a president’s proposals. It has consistently rejected these cuts. In 2017, a consortium of NGOs, state fish and wildlife agencies, and tribal groups came together to convince Congress that LCCs were crucial.

The Congress for American Indians passed a resolution in support of the LCC network, stating that “they have played an important role in advancing western science and traditional knowledge with our local communities that are continually struggling to adapt to increasingly unpredictable and dangerous environments due to climate change”.

These petitions were successful and since then Congress has continued to fund LCCs at the same level – about $12m.

Even so, in 2017 LCCs across the country began to receive the news that they would no longer receive federal support.

“With this administration, very few things come out on email or on paper. There’s very little paper trail. It’s just, this is the way it’s going to be,” said another Fish and Wildlife Service scientist who worked for one of the LCCs.

The scientist said that federal support for the LCC program appeared to dry up after the start of an unprecedented political review of scientific research at the interior department, of which the Fish and Wildlife Service is a part.

It was led by Steve Howke, a high school friend of the former interior secretary Ryan Zinke. When this review began, said the Fish and Wildlife Service scientist, “it was known that nothing associated with LCCs, would be funded” and they “basically had to kind of wind everything down”.

There was also resistance to the centers within the interior department, several scientists associated with the LCCs said, because some officials did not like the loss of control that came with their collaborative approach.

“For most of us in the program, it was pretty disappointing. We put a lot of blood, sweat and tears into getting to where we were,” says Greg Wathen, the former coordinator for the Gulf Coastal Plains and Ozark LCC. “I always felt like we were right on the cusp of making some real good progress.”

Gary Tabor, a member of the LCC Network Council, a group that provided leadership for all 22 centers, said the LCCs had created a framework for the nation to address existential challenges, like natural disasters.

“That kind of architecture is now lost, and takes time to build up and it takes training the people and positioning the resources,” he said. “We’ve lost time, we’ve lost money, and we’ve lost momentum.”

According to information compiled by the FWS and shared confidentially with the Guardian, six LCCs are on hiatus, and 10 have officially dissolved. Another six continue to operate thanks to support from other sources.

The California LCC is now hosted and funded by the state, for instance, and the Aleutian and Bering Sea Islands LCC in Alaska is now run by the Alaska Conservation Foundation.

A Fish and Wildlife Service representative conceded that it “no longer provides dedicated staff, administrative functions and funding for the Landscape Conservation Cooperatives (LCCs)”.

The first anonymous scientist is in despair. “I’d say there could be five to six years [of work] down the drain.”

This article was first published by The Guardian on 08 Apr 2019.