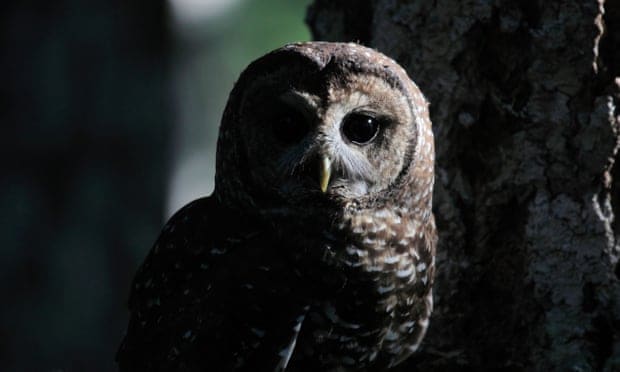 The Trump administration is scaling back the US government’s latitude to protect species nearing extinction, as world scientists warn that a biodiversity crisis will soon put humanity at risk.

The changes to how the government implements the Endangered Species Act, lauded by industry, will make it harder to protect the most vulnerable creatures.

Several unique animals, including the North American wolverine, the northern spotted owl and the American burying beetle, demonstrate how the changes could hamper species protection.

More than 1,600 species are considered officially at risk in the US. A United Nations report this spring found humans are disrupting the natural world and putting a million species at risk of extinction worldwide. At least 680 vertebrate species have gone extinct in the last 400 years.

Under the changes finalized on Monday, species categorized as “threatened” will not automatically receive the same protections as those listed as “endangered”. The new rules will allow officials to draw more attention to the economic impact of protecting a species.

Critics say the revisions will make it harder for the US government to safeguard a species that is found across a wide range of the country. And they say they will handcuff regulators from protecting wildlife from the climate crisis. Environment advocates have vowed to challenge the new rules in court.

The Fish and Wildlife Service could soon decide whether to protect the North American wolverine, a species that depends on a cooler climate to survive. The 3ft-long creature, which resembles a small bear with a bushy tail, hunts across a vast range. But if temperatures rise at the expected rate, wolverines could lose a third of their range south of Canada by 2050, and two-thirds before the end of this century, according to National Geographic. Wolverines are already rare, and only a few hundred are estimated to exist.

Under the new rule, the climate crisis might not factor heavily into conservation decisions about the wolverine because its effects don’t meet the agency’s new definition for the “foreseeable future”. The government also could allow activities that will destroy wolverine habitat, arguing that any one project won’t eliminate all the animal’s options.

The agency has already decided not to list the creature once, in 2014 under Barack Obama. It reversed that decision in 2016 just before Trump was elected.

Jeff Copeland, a retired Forest Service biologist now with the Wolverine Foundation, said the government missed an opportunity to figure out how to protect populations that seem secure now but are at risk in the future from the climate crisis.

“The current science suggests that a warming climate is most likely going to have an adverse impact on the wolverine,” Copeland said. “That’s the debate that needed to happen.”

The northern spotted owl is also widely distributed. To prohibit activities that threaten the owl, the agency would have to determine they would damage the owl’s entire habitat, said Noah Greenwald, endangered species director for the Center for Biological Diversity.

“As such, there is no way that any single logging project in old-growth habitat of the owl, or construction of a dam on one river for salmon or sturgeon could ever be found to be adverse modification,” Greenwald said. “We refer to this as allowing death by a thousand cuts.”

The owl has been listed as threatened since 1990. Its main threats are habitat loss and competition from the barred owl.

The Trump administration has already proposed to “downlist” the beetle, which would allow more oil and gas drilling in states like Oklahoma. The species would be listed as “threatened”, rather than “endangered”. Under the new changes, that means it will not have the same automatic protections.

Conservationists say that means the government will face more pressure to exempt specific industries from requirements.

The beetle was once present in 35 states and is now only in nine. Female beetles make their nests in carcasses they bury. They can withstand grazing but are vulnerable to monoculture farms and the oil industry’s use of heavy machinery moving across the ground above them.

Jon Bedick, a faculty member at Shawnee State University and burying beetle researcher, said the decision is premature because the species hasn’t recovered and there are still uncertainties about how and why it declined. He criticized the revisions to how the government implements the Endangered Species Act as overtly political.

“Certainly we have to have an environment that favors economics, but not at the cost of everything else,” Bedick said.

This article was first published by The Guardian on 12 August 2019.

And one day manunkind will sit,
Forlorn and bereft
As his is the only
Species left,
Sadly, trumpster
No surprise
That you are a part
Of manunkind demise