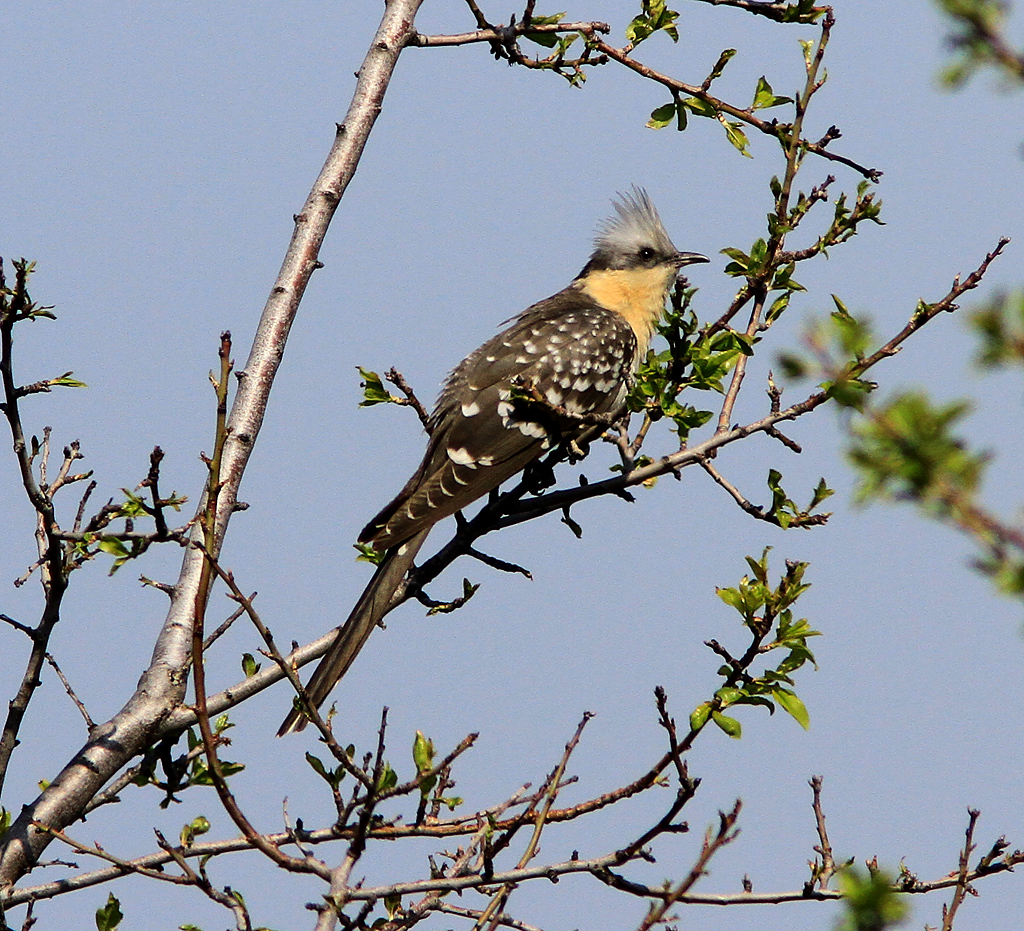 A rare bird seen in Wales just three times since the 1800s has landed in Pembrokeshire. The great spotted cuckoo has been photographed in Penally, causing hundreds of bird enthusiasts, or twitchers, to flock to the area. Experts have said the bird normally migrates from Africa to southern Spain but the warm weather must have caused it to overshoot continental Europe.

A great spotted cuckoo was last seen on British shores in Norfolk in 2009. Brian Egan of Rare Bird Alert said the bird arrived in Pembrokeshire last week. He said: “We don’t know if it’s male or female but it is a young bird and inexperienced, so he’s missed the mainland [of Europe] while migrating from Africa.”

The British Birds Rarities Committee says this type of cuckoo has been seen in Britain 46 times since records began but this is only the fourth time in Wales.

Over the last few days, bird watchers have tried to catch a glimpse of the cuckoo in Pembrokeshire. “It’s quite an impressive bird to see,” Mr Egan said. “It’s a very large cuckoo – like the size of a magpie – and very pretty to look at.

“The bird has been here for a few days now and it won’t hang around for long. What happens to them is a mystery, really, we don’t ever really know where he’ll go from here.”