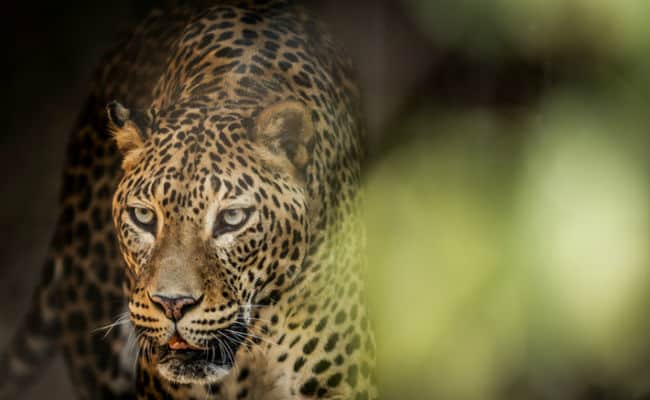 City-dwelling leopards may sound like a major threat to human safety, but these predators could actually be protecting urban residents from rabies.

Big cat sightings have been on the rise in Asian cities,as urban sprawl forces animals like leopards to either roam further afield or to travel into cities to find prey. The influx of these predators can result in injury or death for both humans and the big cats themselves.

But a team of researchers from University of Queensland sought to understand what role, if any, leopard incursions on city life might have on local feral dog populations. According to 2014 figures, roughly 95,000 dogs roam the streets of Mumbai.

Feral dogs are actually far more problematic for people living in Indian cities. These stray dogs contribute to the spread of disease, including rabies. The World Health Organization estimates that 20,000 people die every year in India as a result of rabies, and many of those infections come from feral dog bites.

This study examined existing data on leopards that live in Sanjay Gandhi National Park, which borders Mumbai. By looking at data on the leopards’ eating habits, they discovered that around 40 percent of the average leopard’s diet might consist of feral dog meat.

About35 leopards live in the park, though numbers may fluctuate depending on how they’re counted. Together,these big cats will eat about 1,500 dogs per year. Researchers concluded that, by stalking the streets for feral dogs, leopards are actually protecting a substantial number of people from rabies.

In fact, the study suggests that leopards might prevent as many as 1,000 dog bites per year, in addition to around 90 cases of rabies. These numbers also mean that the leopards may save the city about $18,000 in sterilization fees that would have been spent to prevent those dogs from breeding.

The researchers theorize that leopard-proximity to cities may confer the same benefits in other areas of the world.

Writing for Quartz, the researchers note:

Our research puts a new twist on a large predator that has been persecuted for millennia, and which has generally been viewed as a nuisance to stock farmers globally and those living on the edge of Sanjay Gandhi National Park.

Leopards are believed to have disappeared from about 63%-75% of their global range. We have to think of large predators in a broader sense—they can at times be helpful to farmers, ecosystems, and even insurance companies.

Of course, leopards certainly cause problems for urban residents. Leopard attacks on humans were infrequent, but they still represented a significant enough problem to be tracked in Mumbai. Those attacks had all but stopped, but a flare of incidents in 2017 has prompted renewed attention on this subject.

Far more frequent, however, are leopards attacks on livestock. And this can lead angry farmers to hunt and kill the big cats. If we are to argue that leopards pose a benefit for cities in India and across Asia, we must also consider how to address the challenges they create.

But many of these issues have resulted directly from human encroachment on big cat habitats. Restoring and safeguarding wildlife corridors could help allow leopards to move freely about their territories.

We often think of predators in our environments as major threats, but research, like this study, shows that big cats can be beneficial to humans. At the very least, we should explore ways to promote their conservation, while still maintaining the safety of local residents. In the end, learning to live alongside these predators might just protect our health.