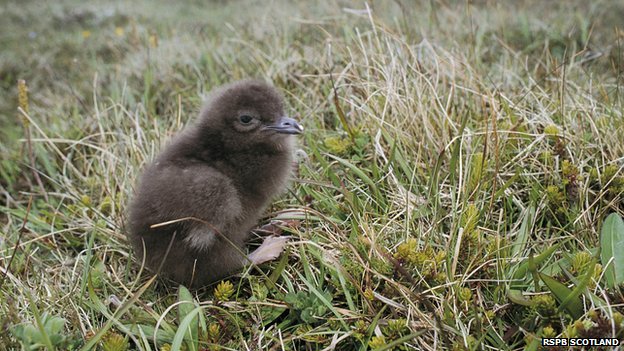 Scotland’s seabird populations are in need of “urgent action” to halt significant, long-term declines, according to a report. A study from RSPB Scotland proposes creating seven sites to be designated as Special Protection Areas (SPA) to protect key feeding areas.

It claims that the Scottish government is in danger of breaking conservation legislation if no action is taken. The government is set to create a network of marine protected areas.

The SPA sites proposed by the wildlife charity include sandbanks located off the Firth of Forth, an area of the Pentland Firth and the sea north of St Kilda.

The recommended areas were first identified by the Joint Nature Conservation Committee (JNCC) and are considered vital feeding areas used by many tens of thousands of seabirds.

The original deadline to create SPAs to try to protect seabird numbers was created in the early 1980s and further strengthened by the Marine (Scotland) Act in 2010.

Although the government is set to designate 33 marine protected areas, the RSPB feel that not enough has been done and that this lack of action means that standards have not been met.

Figures from the Scottish government show that the population of seabird species has fallen since 1996.

Stuart Housden, director of RSPB Scotland, said: “Scotland has a fantastic opportunity to show the world that we value our wildlife and natural environment.

“We are calling on the Scottish government to designate these seven areas as a first step to creating the full network needed to fulfil the requirements of EU and Scottish legislation.”

He added: “With numerous proposed wind farm developments ‘queuing up’ in the areas that overlap key feeding sites for birds, we cannot wait any longer. The best feeding sites for seabirds must be given the protection the government’s own scientists say they deserve. The time for action is now.”

In addition to the seven proposed SPA sites, the RSPB will propose a second bank of sites later this year for additional protection for seabirds.

The Scottish government responded to the wildlife group’s report by saying that it had a strong commitment to the conservation of seabirds.

“We consulted on 33 Nature Conservation Marine Protected Areas (MPA) proposals which will provide valuable protection for our marine environment, including seabirds, in 2013.”

He concluded: “Six of these would include national protection for black guillemot in the marine environment, while several of the other MPA proposals include protection for habitats or species such as sand eels that support seabirds.”

This article was first published by BBC News Highland & Islands.