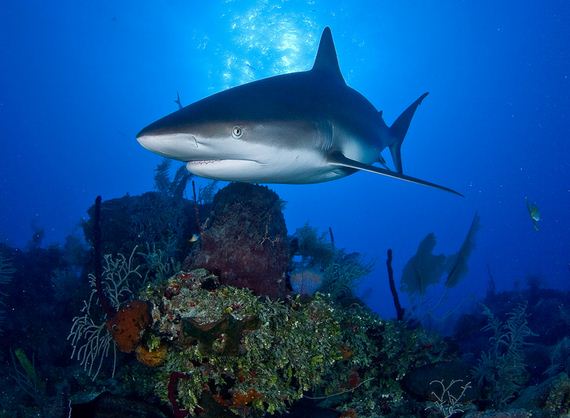 We at Oceana are thrilled to share this news with you – the European Union (EU) has just officially adopted a strict ban on shark finning! Saturday ended nearly a decade of battle to close several enforcement loopholes that had permitted some forms of shark finning. Finning has technically been prohibited in the EU since 2003, but an exemption allowed Member States to issue special permits for fishing vessels to remove shark fins on board. In particular, an exemption used by Spain and Portugal allowed some vessels to remove sharks’ fins at sea, which made it nearly impossible to detect and monitor the finning that was occurring.

Shark finning is a brutal practice – the shark is hauled onto a boat, its fins are sliced off, and the shark is thrown back into the ocean, often still alive, to drown or bleed to death. Since shark meat is less desirable compared with other fish and the bodies take up precious cargo space, sharks are finned around the world and their meat is discarded. This cruel practice is also incredibly wasteful; shark finning only utilizes one to fivepercent of the shark’s body weight.

Approximately100 million sharks are killed each year, primarily to support the demand for shark fin soup. Tens of millions of sharks are needlessly slaughtered each year, all for a tasteless product that translates to “fish wing” and adds no nutritional value to the broth. At the rate of one hundred million sharks killed every year, humans will wipe sharks out entirely in the coming decades if we don’t change something.

“At long last, the EU has a real and enforceable ban on shark finning, with global implications,” commented Xavier Pastor, executive director of Oceana in Europe. “The EU catches more sharks than any country in the world, and plays a key role in regional fisheries management organizations where finning remains an acknowledged problem. After ten years with a flawed ban in place, it can now make a serious effort to tackle the issue internationally.”

Since Oceana’s first days working in Europe, we have campaigned for this strict ban on shark finning. The EU catches sharks in the Atlantic, Indian, Mediterranean, and Pacific Oceans. It is the largest shark fishing power in the world (with 17% of reported shark catches in 2009), and is the largest exporter of shark fins to Hong Kong and mainland China. In closing these loopholes, the European Union effectively closes a major supply of shark fins, diminishing the shark fin market worldwide.

This major victory for sharks is just the beginning of the protections that they need and deserve, and Oceana has only begun to fight for them. Among the priority measures that we will continue to fight for are protection of threatened species and science-based, precautionary management of commercially fished species such as blue sharks and shortfin makos, including catch limits, spatial and temporal fishing closures, and long-term management plans. Currently, few species are subject to such measures, despite the fact that nearly one-third of assessed shark species are considered threatened.

“Now that the finning ban has finally been amended, it’s time for the EU to focus on other, equally important measures to reduce fisheries threats to sharks,” added Dr. Allison Perry, marine wildlife scientist with Oceana. “The EU’s Plan of Action for the Conservation and Management of Sharks, adopted in 2009, laid out a broad suite of actions that were – and remain – necessary for these vulnerable fish.”