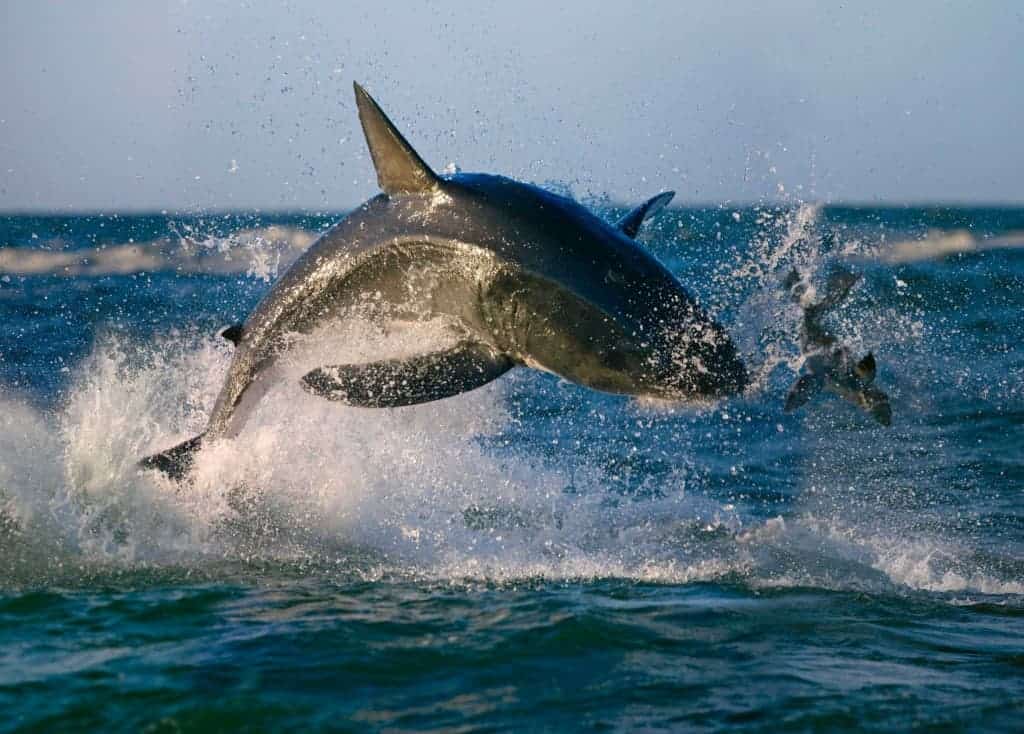 A magnificent great white shark leaps from the water to take a chunk out of a would-be seal.

These amazing full breaches were conceived using a plastic seal decoy – which is dragged behind a tourist diving boat, as a way of enticing the hungry predator.

Shot by filmmaker Mark van Coller in False Bay, Cape Town, the footage demonstrates the frightening power and agility of the iconic maneater.

But achieving such incredible shots is only possible if the conditions are right.

He said: “We filmed just before and just after sunrise, as this is the most active time for the sharks to hunt.

“During this time the seals and our seal decoy form a good silhouette for the sharks to target, but the water is still very dark, making it very difficult for the seals to spot the predators.

“This gives the sharks a big advantage during these hours.

“On a good morning you can get anywhere from one to six breaches on the decoy – this is obviously dependent on many factors such as sea conditions, weather and seal activity in the water.”

The South African added that one lapse in concentration can result in a missed opportunity – such is the speed of the great white.

“It all happens in seconds. There have been occasions when the boat has pulled the decoy for close to an hour with no breaches.

“But you dare not take your eye off your viewfinder and the decoy because that is always when it happens. You turn around to say something to someone and smash, you missed it.

“It is much too quick to be able to pick up the camera and record. By that time it is all over.”