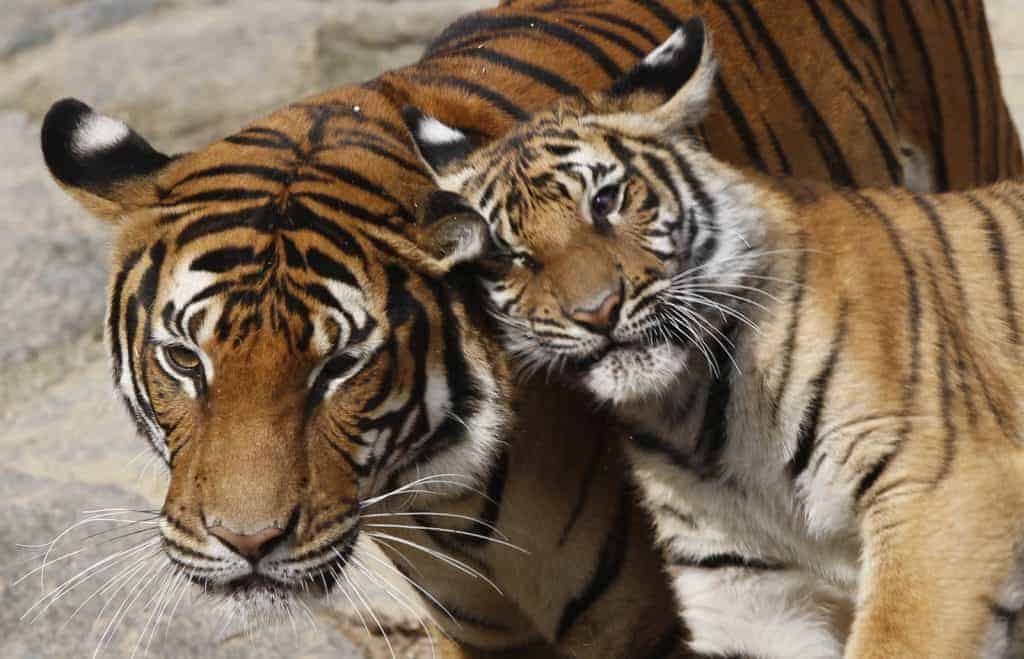 The critically endangered Indochinese tiger has been found to be breeding in a Thai jungle, providing hope for a subspecies whose total population may number only a couple of hundred.

Conservation authorities in Thailand, along with two international wildlife organisations, released photographs of new tiger cubs in the country’s east.

The images support a scientific survey that confirmed the existence of the world’s second breeding population. The other breeding ground is in the Huai Kha Khaeng wildlife sanctuary in western Thailand.

The Department of National Parks of Thailand, the anti-trafficking group Freeland and Panthera, a wildcat conservation organisation, said only 221 Indochinese tigers were estimated to remain in just two Asian countries, Thailand and neighbouring Myanmar.

The group said it had been tracking the tiger population since 1999 and, for the first time last year, camera traps had photographed six cubs from four mothers.

“Poaching for the illegal wildlife trade stands as the gravest threat to the survival of the tiger, whose numbers in the wild have dwindled from 100,000 a century ago to 3,900 today,” the agencies said in a statement.

It noted the tigers’ “remarkable resilience given wildlife poaching and illegal rosewood logging” in the eastern jungle.

Indochinese tigers are smaller than the better-known Siberian or the Bengal subspecies, which is the most numerous with a total population estimated at 3,500.

Tigers, which once ranged across much of the region, are all but extinct in southern China, Cambodia, Laos, Vietnam and much of Myanmar. Although there is no evidence of their medicinal effect, tiger bones are used in traditional Asian remedies such as “health tonics”.

Alan Rabinowitz, the chief executive officer of Panthera, said in a video call from New York that Thailand had “one of the best-protected and best tiger areas left in the world”.

Panthera said on its website that only 8% of tiger sites had a confirmed breeding population, meaning the photos were “a huge – and rare – win”.

It said: “A breeding population here means that the future of this subspecies is less precarious and could potentially even expand – tigers here could disperse and repopulate Cambodia and Laos, where no breeding populations persist.”

This article was first published by The Guardian on 29 Mar 2017.