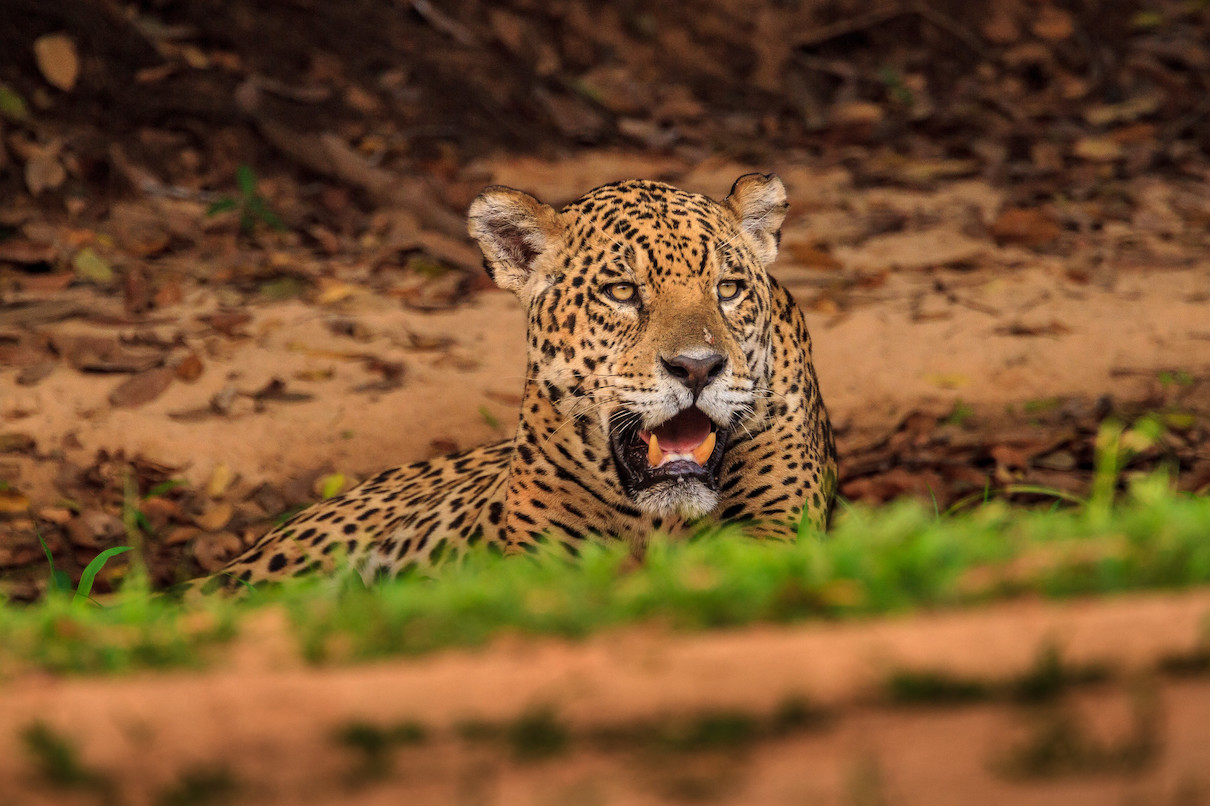 Ousado the jaguar could hardly walk. Fires had blown through his territory in the Pantanal region of Brazil, scorching the very ground the animal was running upon as he tried to escape. When a team of volunteer veterinarians eventually captured him in Encontro das Águas State Park, all four of his paws had turned beet red with third-degree burns.

This year, the Pantanal, the world’s largest wetland region, spanning across Brazil, Paraguay and Bolivia, has experienced catastrophic fires, believed to have been started by human activities such as agricultural land clearing. However, widespread drought exacerbated the fires, turning the tightly packed peat soil into ready fuel.

It’s estimated that 4.1 million hectares (10.1 million acres) of the Pantanal burnt this year, according to data compiled by the Federal University of Rio de Janeiro’s Laboratory for Environmental Satellite Applications (LASA by its Portuguese acronym), which encompasses about 28% of the entire region.

The fires have taken a tremendous toll on wildlife, including jaguars, a near threatened species with a population of about 2,000 individuals in the Pantanal’s jaguar corridor. In September, Panthera, a global wild cat conservation organization, estimated that 600 jaguars had had their habitat impacted by the fires, with many animals either injured or killed.

But some jaguars, including 3-year-old Ousado, were rescued. After being picked up on Sept. 11, Ousado was first taken to the veterinary hospital of the Federal University of Mato Grosso for preliminary treatment, and then to No Extinction (NEX), a nonprofit scientific breeding center and medical clinic for wild cats.

“The lesions [on his paws] were very extensive,” Thiago Luczinski, veterinarian at NEX, told Mongabay in a text message. “He was dehydrated and was not eating.”

Luczinski and his colleagues put Ousado on antibiotics and treated his burned paws. He healed well, Luczinski said, and was ready to be released back into the wild a little over a month later.

On Oct. 20, team members from Panthera, NEX and other organizations transported Ousado back to the place from where he’d been originally rescued.

“There was no more fire in the region,” Fernando Tortato, a jaguar program conservation scientist for Panthera, who was present at Ousado’s release, told Mongabay in an email. “The rains have already started.”

When the team opened Ousado’s metal transport box, the jaguar stepped out. He cautiously scanned the area and sniffed the air before slipping away into a thicket of trees. Onlookers cheered as he disappeared from sight.

But they continued to keep a close watch on Ousado through the radio collar fitted around his neck. The jaguar quickly got back into his normal routine, and even recently killed a 2-meter (6.5-foot) anaconda, Tortato said.

“It was a victory,” Tortato said. “It represented a new beginning for him and symbolically for the Pantanal. His release coincided with the week that had the first rains. This all brings hope for the recovery of the Pantanal.”

This article by Elizabeth Claire Alberts was first published on Mongabay.com on 5 November 2020. Lead Image: Jaguar in Brazil. Image by Dagget2 / Flickr.