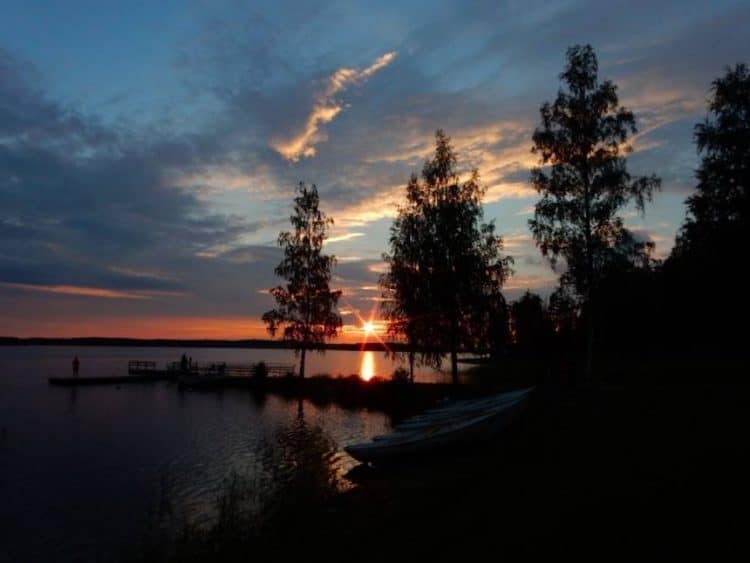 With crickets in decline, some scientists say that the insects’ summer crooning may become a thing of the past.

Fireflies may be the more obvious iconic insect of summer evenings, what with their showy fairy-light antics and childhood charm. But what would those warm nights be without the chorus of crickets providing a soundtrack for the fireflies and starry skies?

The soothing chirp chirp chirp comes courtesy of male crickets luring the ladies by rubbing their legs together as soon as the sun goes down. No need for red sports cars and bad aftershave, just a simple song.

But sadly, tragically, heartbreakingly … that soothing sound is fading, and could disappear altogether, say entomologists.

Christopher Hassall, Lecturer in Animal Biology at University of Leeds, writes in The Conservation that the crooning of crickets has quietened in recent years and may be becoming a thing of the past. “There is strong evidence that large numbers of crickets and grasshoppers … are declining across Europe,” he notes. Members of the order Orthoptera, to which crickets and grasshoppers belong, also include locusts, katydids and other like critters. “A 2017 review of European species showed that over 30% of the 1,000 European species were in decline while only 3% were increasing.”

And it’s not just in Europe; a 2014 study revealed a 45 percent drop – in just four decades – in insect abundance globally. A wildly disconcerting trend that scientists are calling “Insect Armageddon.”

Professor Dave Goulson of Sussex University, part of a research team that found a drop of 75 percent for flying insects over the past 25 years noted, “We appear to be making vast tracts of land inhospitable to most forms of life, and are currently on course for ecological Armageddon. If we lose the insects then everything is going to collapse.”

And indeed, in writing about the threatened Orthoptera species in Europe, the European Red list notes:

“The main threat to European Orthoptera is the loss, degradation and fragmentation of their habitats as a consequence of agricultural land use intensification. This includes direct destruction by transformation of permanent grassland or shrubland habitats into cropland, degradation of habitat quality caused by overgrazing, abandonment, use of fertilisers or heavy machinery and direct mortality from frequent mowing or the use of pesticides.

Of particular concern, notes an article on insect decline published by Yale University, is the widespread use of pesticides and their impact on non-target species. Because when you spray chemicals that kill insects all over nature, guess what, they kill insects. “Many conservationists view a special class of pesticides called neonicotinoids – used over many years in Europe until a partial ban in 2013 – as the prime suspect for insect losses.”

Neonicotinoids substances attack the central nervous system of insects and can screw up birds’ ability to navigate.

(Meanwhile, the Trump administration just reversed a rule that prohibited the use of neonicotinoids in several national wildlife refuges where farming is permitted. Yay, Trump.)

So here we are. Dwindling populations of bees and butterflies may be stealing the headlines, but what about the fireflies and the crickets? And what about all the other equally important – if less iconic – insects that work to support the ecosystem? A dramatic drop in insect populations could have far-reaching consequences for the natural world.

Hassall points out that the presence of crickets is often used as an indication of a healthy natural habitat. As they fade away, not only are we losing one of the natural auditory wonders that are a hallmark of summer evenings, but we look to be losing so much more as well.

This article was first published by Treehugger.com on 08 Aug 2018.