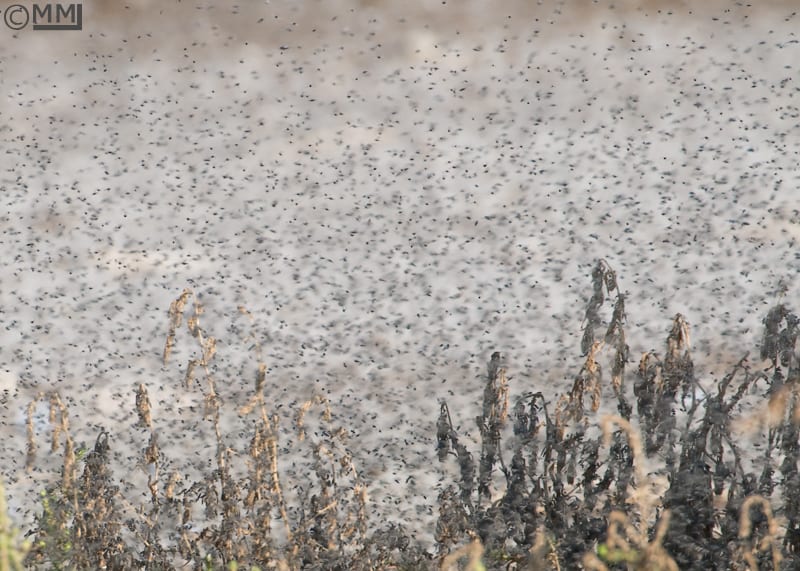 Article written and photos taken by

This is part 2 of my three part series on Wild and Wonderful Antelope Island State Park and it covers some of the wildlife that can be found howling, grazing, buzzing, napping and posing for my camera.

One of the first furry critters I saw on my original visit to Antelope Island was a Black-tailed Jackrabbit and I was thrilled because I had not seen them for the five years that I had lived in Florida. I love their huge ears, the soft brown of their eyes and how they wiggle their noses.

This jackrabbits’ pose reminds me of the chocolate Easter bunnies I used to get in my basket as a child. A sweet memory for sure!

In 1893 twelve Bison were taken by boat to Antelope Island, there were 4 bulls, 4 cows and 4 calves that provided the foundation for what is now the oldest and largest publicly owned Bison herd in the U.S.. The numbers of Bison on the island vary between 550 and 700 and the reason for that is that in October there is a yearly round up where the Bison are counted, inoculated and culled to keep the population under 700 which has been determined to be the holding capacity of Bison for the island. Some of the Bison from the round up are sold for meat or for breeding stock.

Huge herds of Bison will often make their way down to the shoreline during the warmer months to drink at the natural freshwater springs that are found there. It is amazing to see several hundred Bison all at once.

Photographing Bison can be a challenge to get the exposure right because they are so dark and quite often the surrounding pale golden grasses are in such stark contrast with each other. I’m still learning.

The Bison on Antelope Island are wild creatures that roam freely to graze, they are used to traffic and having people view them. They aren’t tame cattle though and they will charge when people get too close. On March 31, 2011 I saw not one, but two incidents that could have ended tragically for the people involved in getting too close to these huge Bison. I was up high and looking down towards the Bridger Bay Campground when I saw two men approaching a bull through my viewfinder, one of the men approached too close and the bull charged at the man. Fortunately the bull was just letting the guy know who was the boss because he stopped shortly after he charged.

Later I was down at the campground when these women tourists got out of their vehicle and approached two bulls within 15 feet. I’m really grateful those bulls did not trample these women and that I didn’t have to witness that type of event.

It pays to stay safe and keep a healthy distance from these huge Bison.

There are herds of Mule Deer that also roam the island. They are more skittish than the Bison but I see them often while out looking for birds and wildlife to photograph. I recently saw two bucks fighting with each other while they were in rut. Oh, how I wish they had been closer so I could have gotten images of the great action.

There are two animals on the island who have thus far eluded me that I have my heart set on getting great images of, they are Badgers and Porcupines. I’ve seen Badgers on the hillsides and once saw one along the causeway but I have been unable to get close enough, fast enough to get the images of them that I would like. The same could be said about Porcupines, they are always too far away.

Last fall I saw a Porcupine on the rocks while driving towards Frary Peak, the setting would have been stunning but I didn’t get there fast enough and the Porcupine hid under the rocks.

She (or he) who hesitates loses the shot. I still can’t go by those rocks without thinking of the shot I missed.

I would be remiss if I didn’t include images of the animal that Antelope Island is named after even though Pronghorns are not true Antelopes. Pronghorns used to be nemesis animals for me but since moving to Utah I have been able to fill out my portfolio with many images of these lovely, powerful creatures. I just can’t see or photograph them often enough for my tastes.

When male Pronghorns are in rut they expend enormous amounts of energy chasing off rivals and in keeping their harems under control. I haven’t seen any physical contact between two competing bucks but I understand that does happen. I always look forward to photographing Pronghorns when I am on the island.

Some people have a fear of wolves, coyotes and even domesticated dogs, ranchers don’t like wolves or coyotes because of their concern for their livestock. I believe that healthy populations of wolves and coyotes are a benefit to the natural world. Coyotes keep rodent populations down and Wolves cull out the weakened animals of herds such as Elk and Deer.

Personally I think Coyotes are fascinating and beautiful and I enjoy observing and photographing them when any opportunity is presented to me. Like Antelope Island itself, they too are wild and wonderful.

I don’t want to forget some of the insects that are found on Antelope Island though there is one species I wish didn’t exist there AT all, and they are the Biting Gnats or No-see-ums that typically come out the later part of spring and make everyone miserable for weeks at a time. Those little buggers will find the one spot that was missed when applying insect repellent and bite it over & over again. They are NOT nice but I keep paying their price to photograph on the island when they are out.

There are less aggressive insects on the island like the Monarch Butterfly in the image above feeding on the nectar of a Showy Milkweed at Fielding Garr Ranch.

During July and August on the island there are spider webs everywhere and this is the spider that makes those webs, the Western Spotted Orbweaver. Some folks might be frightened by them but I think they do a great job with the bugs and they are also food for the birds.

Speaking of food for the birds… Brine flies are a great source of food for the gulls and shorebirds that inhabit the Great Salt Lake and along the shoreline of Antelope Island. They number in the billions are certain times of the year and swarm along the shoreline. California Gulls are great fun to watch and photograph when they are feeding on the flies. You can see one of my posts about that here.

Unlike the Biting Gnats (aka no-see-ums) Brine flies do not bite. They do form thick swarms right along the shoreline that might be distressing for people who are afraid of bugs but they don’t go far from the shoreline. The flies spend a portion of their lives under the water in larval form then they hatch from the pupal casings and provide protein for the birds. Brine flies are a very important part of the Great Salt Lake ecosystem.

On The Wing Photography