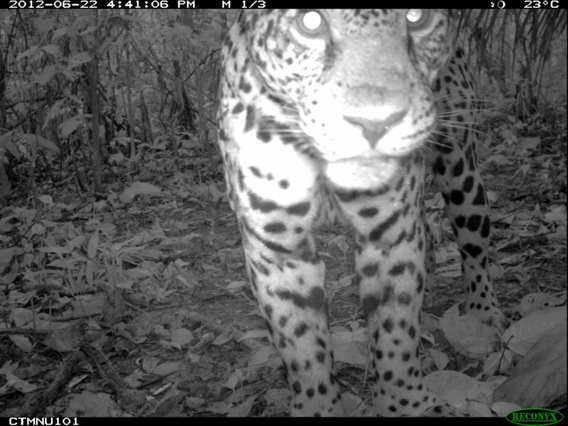 The world’s largest study of wildlife using remote camera traps has captured one million photographs. The project, known as the Tropical Ecology Assessment and Monitoring (TEAM) Network, takes photos of mammals and birds in 16 protected areas across 14 tropical countries in Asia, Africa, as well as Central and South America. Remote camera traps, which take stealth photos of wildlife when no humans are around, have become an increasingly important tool in the conservationists’ toolbox, allowing researchers to monitor otherwise hard-to-find animals in remote and often punishing locations.

“The one-millionth image is an amazing representation of our camera trap work, and it symbolizes the success we have had with this program in collecting new data,” said Dr. Jorge Ahumada, TEAM’s Technical Director. “We are also at a critical point in beginning to provide information to decision makers from the local to global level on how biodiversity is affected by climate change and habitat loss.”