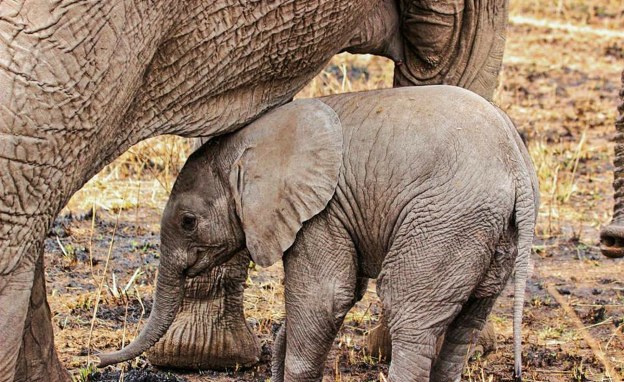 A Chinese ground crew has just arrived to prepare 33 baby elephants for imminent shipment to China, according to sources near Hwang National Park. These elephants have been held in captivity for nearly a year after being forcibly removed from their families.

This action constitutes a direct violation of the recent decision taken by the 18th Conference of the Parties (CoP18)to the Convention on International Trade in Endangered Species of Wild Fauna and Flora (CITES) that no elephants may be removed from their natural habitat or historic range.

Any exceptions to this ruling must demonstrate positive conservation benefit and be approved by the CITES Animals Committee and the IUCN African Elephant Specialist Group. It does not appear that the current export constitutes anything like an ‘exceptional circumstance’ as defined by CITES.

The capture of elephants from the wild for the purposes of captivity and trade is prohibited in SA under the National Norms and Standards for the Management of Elephants in South Africa (2008).

A letter by a group of 40 elephant specialists calls on Zimbabwe not to defy the CITES ruling and contravene its own national legislation that does not allow the export of elephants without the consent of their rightful owners, the people of Zimbabwe.

Zimbabwe is not contributing to conservation and is risking its tourism reputation by continuing to embark on these sales. Even avid promoters of the ‘sustainable use’ principle have criticised the shameless sale of the country’s national heritage for no observable long-term benefit.

Another letter by the same group has been addressed to the Chinese Prime Minister, urgently requesting that the import of baby elephants be terminated. The elephants need to be rewilded if at all possible.

China has made considerable progress in becoming a beacon for conservation in recent years. Among other policy initiatives, it has embarked on an ‘Ecological Civilisation’ programme and shut down its domestic ivory market.

As an important party to CITES, it is difficult to understand why China would now risk its international reputation to import baby elephants into captive facilities that serve no conservation purpose and clearly impair the elephants’ welfare.

Removing baby elephants from the wild is now globally understood to be an ecologically and ethically unacceptable practice. Using helicopters, adult elephants are forced away from their children, which are then darted and moved into tiny bomas. There they suffer visible distress and disorientation.

Elephants in captivity cannot thrive and can no longer truly be categorised as elephants – they tend to suffer post-traumatic stress disorder and have a far lower life expectancy than they would in the wild.

To truly be elephants, they need environmental and social enrichment, and the wild space within which to exercise choice in respect of these needs. Keeping elephants in captivity is cruel and cannot be justified as a conservation endeavour in any sense of the word.

This article by Ross Harvey was first published on All Africa on 11 October 2019.

Ross Harvey is a freelance economist who works with The Conservation Action Trust and the EMS Foundation in South Africa, among others. He has a PhD in Economics from the University of Cape Town (UCT). He also holds an M.Phil in Public Policy and a B.Com in Philosophy, Politics and Economics (also from UCT). His interests are in game theory, resource economics, wildlife conservation and the oil curse.