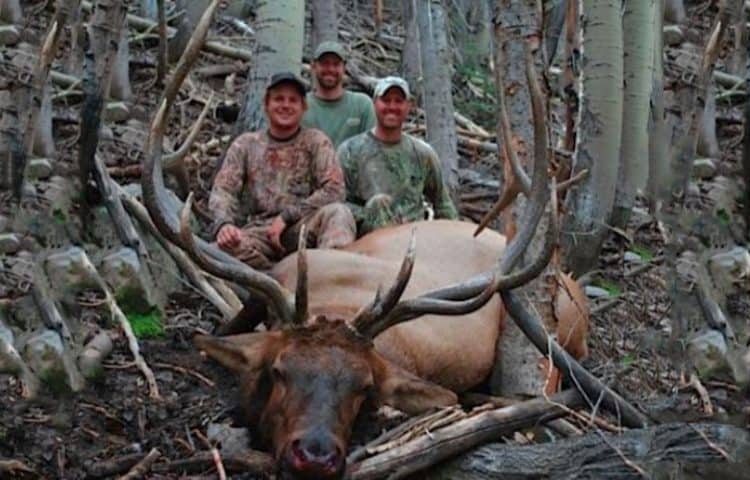 SALT LAKE CITY — Utah wildlife conservation officials say 102 large animals in the state have been poached, and more than 900 citations have been issued for various hunting violations since Aug. 1.

The numbers come as officials say they are working to crack down on illegal hunting in the state.The Utah Division of Wildlife Resources released data from Aug. 1 through Sunday, and said the 102 poached animals included deer, elk, pronghorn, moose, bison and black bear.

In all, more than 35,000 individuals had been contacted in cases and more than 11,000 hunting licenses were inspected. The agency reported on Wednesday that there had been 1,215 violations uncovered and that 918 citations had been issued to Utah hunters.

One of those cases, which occurred on Aug. 20, led to Iron County Attorney’s Office screening possible felony charges against three Washington County men. DWR did not provide an update in that case; however, officials said some of the cases will be handled in the court system.

The numbers released by the agency come as Utah enters its peak hunting season. The general deer hunt for any weapon begins Saturday, and waterfowl hunting season opened on Oct. 5 in northern Utah and last Saturday in southern Utah.

With many hunters going out into the state’s wild, DWR officials are asking hunters to be vigilant for illegal activity. The agency reports they have received nearly 300 calls its Turn-in-a-Poacher hot line since Aug. 1.

“Hunters need to take the responsibility of knowing the law, having a current hunting or combination license, and knowing what species and areas their permits allow them to hunt,” DWR Capt. Justin Shirley said, in a statement. “We need your help. Please keep your eyes and ears open and report suspicious activity to us. Working together, we can enforce wildlife laws and keep our recreating public safe.”

The agency recommends that anyone who spots possible illegal hunting activity should get the license plate of the vehicle they see, as well as a description of what they saw and where they were when they saw it.

Officials also urged people to not confront possible violators but to report any possible violations at its hotline, 1-800-662-3337. The number is also printed on all hunting and fishing licenses.

Someone found guilty of poaching can face fines, cost of restitution, loss of hunting privileges or even jail time, according to wildlife officials.

This article was first published by KSL.com on 16 October 2019.

Poaching, by definition, is an unlawful act (like tax evasion and burglary), hence “illegal poaching” is redundant. That it’s illegal is self evident.

Heinous red necks! We need much harsher penalties for poaching!

Ban the Cretins from ever hunting again!!

These disgusting subhumans should be locked up for a long time so that they no longer pose a threat to wildlife. Barbarians!!