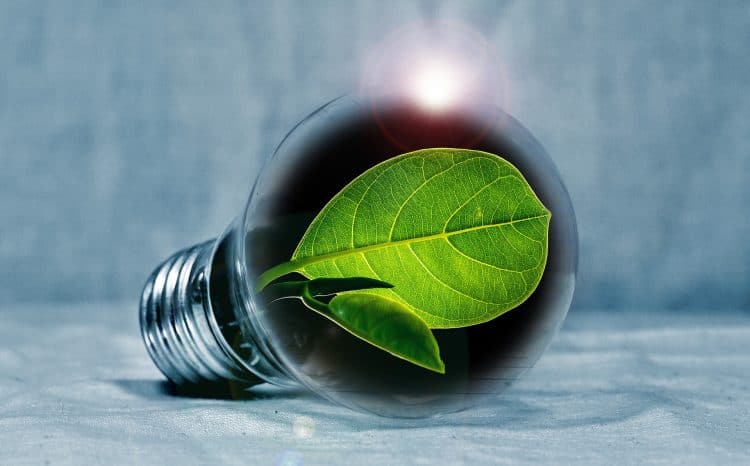 The world is warming up. There can be no denying of that. Although some, including the President of the United States, may try, the overwhelming weight of scientific evidence is that average global temperatures are rising as a direct result of human activities. This is because we are, in a number of ways, producing monumental amounts of certain gases which can have a catastrophic impact upon the climate and the environment. And one of the most culpable industries is the energy industry.

Thus any attempt to take appropriate actions to reduce the impact of climate change, and safeguard the future of humanity, must focus on changing the way we produce our energy, and weaning our society off of dangerous fossil fuels. Government has a huge role to play in this, taking meaningful steps to fund renewable energy research, to encourage microgeneration of renewable energy, and to invest in the construction of solar farms, wind turbines, and other sources of clean energy.

With green energy becoming more advanced, the industry is beginning to boom, and is beginning to see serious investment. Offshore wind, for instance, is blossoming as a result of huge technological enhancements. Clean energy is developing at an incredible pace, to attempt to meet the mounting scale of the impending climate disaster. This sort of clean energy infrastructure will be vital in a greener future, and whilst scientists and companies are doing their bit to ensure the technology is able to tackle the challenge, and to ensure that changing energy habits is the focus, Governments have been slower to act.

For a very long time, there has been a careful calculation between the environmental need for cleaner energy, and the economic needs of consumers and companies for cheap energy, from whatever source. That calculation has often led to the conclusion that we cannot afford, and nor do we desperately need, any sort of urgent transition. That school of thought is beginning to fall away. Now, Government is realising the scale of the struggle. But the UK Government has been particularly slow to act, previously slashing, and refusing to reinstate, subsidies for green energy initiatives.

Since Theresa May became Prime Minister in 2016, her party and her Government have not had the best record on environmental issues, promising to legalise fox hunting in their 2017 election manifesto, whilst keeping up the previous Cameron administration’s approach to renewable energy. Her energy policy has, instead, focused on the reducing sky high household energy bills, proposing a price cap for bills – a policy previous dismissed by May’s Conservatives when the opposition Labour Party proposed a very similar policy in 2013.

Though, in 2018, there has been a seemingly new environmental approach from the Government, with an ambitious plan to cut plastic usage in an attempt to curtail the amount polluting the oceans. Environment Secretary Michael Gove has also proposed a post-Brexit replacement for the farming subsidy which will incentivise environmentally friendly practices. Additionally, in regards to energy, a promise to half the energy usage of new buildings by 2030. It does appear, then, that, whether out of a cynical political strategy to win over environmentally concerned young voters, or out of genuine ecologism, May and her Government are beginning to environmental issues, and the impact of energy production, seriously.