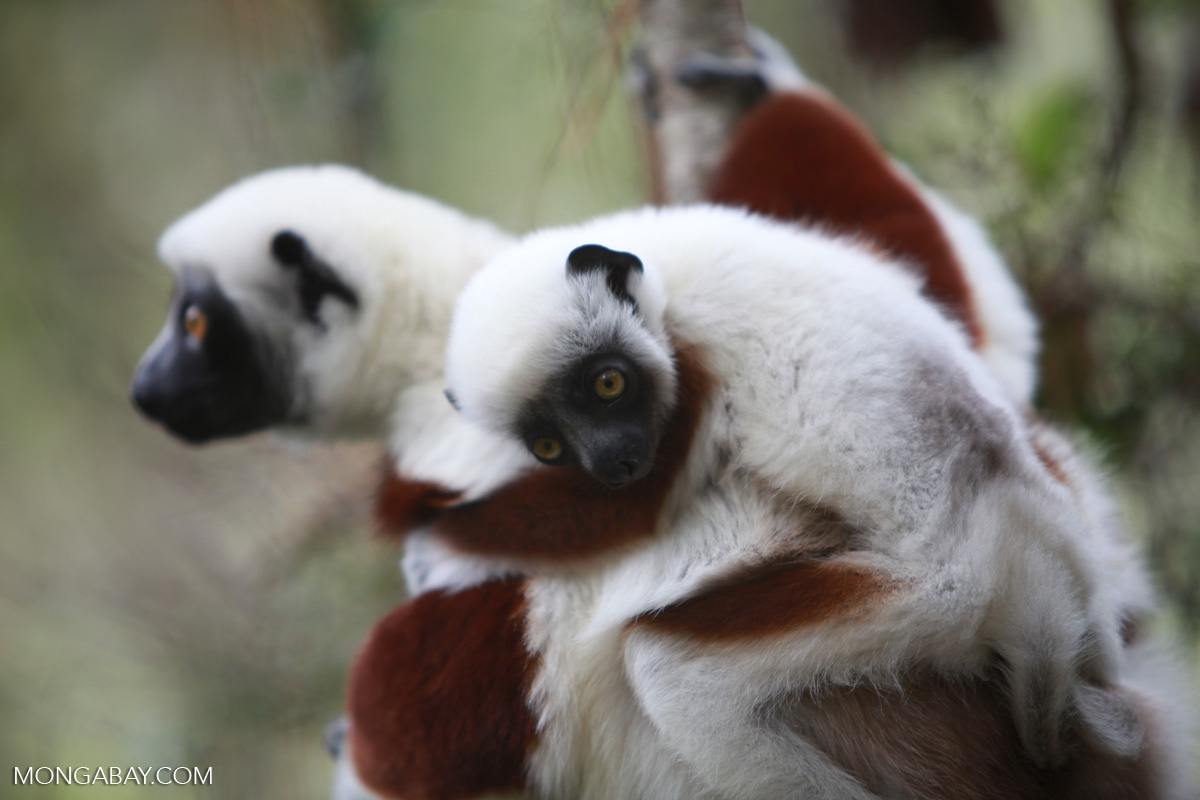 Human actions have pushed 13 more lemur species, the iconic primates native to Madagascar, to the brink of extinction, according to an update to the list of the world’s threatened species.

Those now in the critically endangered category of the IUCN Red List include the tiniest primate in the world, the Madame Berthe’s mouse lemur (Microcebus berthae), and the Verreaux’s sifaka (Propithecus verreauxi), a creature known for its sideways hop that gives the impression it is dancing.

The bad news does not end there for primates, a group of mammals that includes humans. Half of the primate species of Africa are under threat, including the eastern gorilla (Gorilla beringei), the largest living primate. These majestic mammals are found only in Africa.

“This IUCN Red List update exposes the true scale of threats faced by primates across Africa. It also shows that Homo sapiens needs to drastically change its relationship to other primates, and to nature as a whole,” Grethel Aguilar, the IUCN’s acting director-general, said in a statement.

Lying off the eastern coast of Africa, Madagascar boasts unparalleled biological diversity, with somewhere between 80% and 90% of its plants and animals found nowhere else on the planet. It separated from the African continental plate about 160 million years ago and then from the Indian landmass 90 million years ago, making it the oldest island in the world.

Almost all of the 107 species of lemurs are endangered. One of the main reasons for the disappearance of these charismatic mammals is that they are found only in Madagascar, and their habitats are being rapidly destroyed through deforestation. Forests are cleared for farmland and for fuelwood. Some lemur species are also hunted for meat.

About half of Madagascar’s forests vanished between 1953 and 2014, and in recent years the deforestation pressure has persisted. Madagascar lost the highest proportion of its primary rainforests (2%) in 2018. The country’s eastern rainforests could disappear entirely by 2070, according to a study published recently in Nature Climate.

“With those funds, local organizations now work relentlessly to further ecotourism, to create new community-based protected areas, and to patrol, re-forest, and raise awareness in schools and local communities on the need to protect lemurs.” He added that these efforts had likely saved the northern sportive lemur (Lepilemur septentrionalis), a critically endangered species, from extinction.

However, there are now fears that the COVID-19 crisis and its economic toll on the Malagasy people will only worsen the plight of lemurs. The shutdowns and restrictions have taken a heavy toll on ecotourism and on community engagement efforts that require travel to remote corners of the island.

The IUCN is an international body that includes governments and nongovernmental organizations. It relies on the expertise of thousands of scientists and experts across the globe to carry out assessments of the conservation status of plants and animals, classifying species into seven categories. These range from “least concern” to “extinct,” based on the gravity of the perils they face. Critically endangered species are one step away from being “extinct in the wild.”

The organization has assessed 120,372 species to date and determined that a quarter of them, more than 32,000 species, are facing extinction, which means they fall into one of the three “threatened” categories of “vulnerable,” “endangered” or “critically endangered.”

Among the critically endangered species is the North Atlantic right whale (Eubalaena glacialis), of which there were fewer than 250 mature individuals in the world in 2018. Entanglement in fishing gear and being hit by ships is a significant cause of the decline in population. Climate change has made matters worse by driving a scarcity of the whale’s food sources.

Also facing an uncertain future is the world’s most expensive fungus, the caterpillar fungus (Ophiocordyceps sinensis), highly valued in traditional Chinese medicine; and the European hamster (Cricetus cricetus), which could go extinct in 30 years. Scientists are investigating the link between reduced reproduction rate, which is hastening its decline, and the increase in monoculture plantations, industrial development, global warming, and light pollution.

While different species face different threats, human actions are the primary driver pushing them to the brink of extinction.

“At the heart of this crisis is a dire need for alternative, sustainable livelihoods to replace the current reliance on deforestation and unsustainable use of wildlife,” Aguilar said.

This article by Malavika Vyawahare was first published on Mongabay.com on 10 July 2020. Lead Image: A mother and baby Coquerel’s sifaka (Propithecus coquereli). Image by Rhett A. Butler/Mongabay.