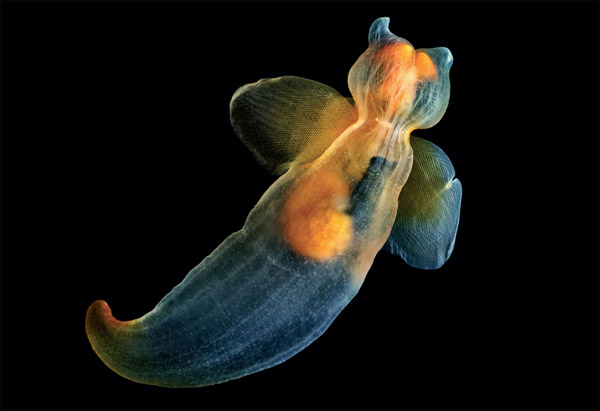 Most of the species on Earth we never see. In fact, we have no idea what they look like, much less how spectacular they are. In general, people can identify relatively few of their backyard species, much less those of other continents. This disconnect likely leads to an inability in the general public to relate to biodiversity and, by extension, the loss of it.

One of the most remarkable books I have read is a recent release that makes serious strides to repair that disconnect and affirm the human bond with biodiversity. Animal Earth: The Amazing Diversity of Living Creatures written by Ross Piper, a zoologist with the University of Wales, opens up the door to discovery.

It is visually stunning, easy-to-read and comes with a companion YouTube.com website. If you are curious, scientific or just interested in the diversity of the animal kingdom, this is the book for you. 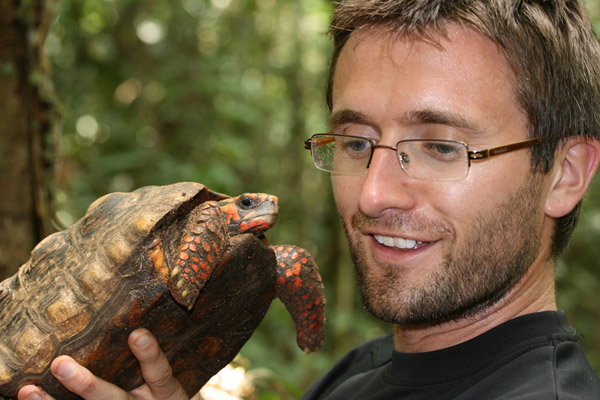 Mongabay:What was the first species that caught your attention?

Ross Piper: I remember first reading about and then seeing some of the parasitic crustaceans. The adults are so peculiar in appearance and lifestyle that you simply couldn’t make them up. For me, they underline just so incredibly diverse the animals are.

Mongabay: How were you introduced to zoology?

Ross Piper: Many of my earliest memories are of animals. My dad was interested in nature and my Mum would take me for a long walk every day before I started school and in the holidays. We’d often find interesting things on these walks. I also spent a lot of time in our garden lifting up stones to see what I could find. When I was four or five, I remember finding thousands of tiny froglets near the lake on one of our regular walks and an elephant hawk-moth caterpillar on a canal towpath. Another thing that really sticks out is a violet ground beetle that I found in our garden. At the time I wasn’t sure what these things were, but I was utterly mesmerized by them. I still have this same feeling now when I find something I haven’t seen before.

Mongabay: Given that most of the animals we know refer to less than 4% of the animals on Earth, do you have a favorite family, genus and species from the other 96%? And why are they your favorite?

Ross Piper: This is a tough question, because there’s so much to be fascinated by. Beetles, solitary wasps and parasites of any description must be right up there. The beetles are just so diverse. I love solitary wasps for their lifestyles and the fact you often just catch fleeting glimpses of what they’re up to. I love anything to do with parasites because it’s staggering to think about all of their interactions, how these interactions evolved and the fact we know so little about all of the connections in the natural world.

Mongabay: How do you see current technology changing how we understand, study and present the animals on Earth to the broader public?

Ross Piper: The web is the most exciting technology out there because it makes so much information available. You can now access vast quantities of information and communicate easily and cheaply with people on the other side of the world. Without the web, the book would have easily taken me ten times as long to write.

Digital photography either with dedicated cameras or ever-improving smart-phones is making it easier for anyone to go out and photograph what they see and then share images online.

With aerial and satellite imagery we can view the entire globe in high resolution, identifying promising areas for biodiversity surveys as well as monitoring and policing habitat degradation.

Micro 3D scanning will hopefully become cheaper so that it is possible to capture the finest details of even the smallest animals.

It’s becoming cheaper and cheaper to extract and read DNA, which promises to completely revolutionize how we catalogue and understand life on earth. By just looking at the morphology of species I think we grossly underestimate just how many life forms the earth supports and how complex the “web of life” is.

Mongabay: Animal Earth: The Amazing Diversity of Living Creatures is absolutely visually stunning. How do you use technology to access these other hidden animal lineages?

Ross Piper: Most of the images in the book were taken by people with a deep understanding of the animals they’re photographing. You don’t need the latest gear to take stunning images. You just need lots of patience and to know what you’re looking for. Scanning electron microscopes allow you capture the smallest details of tiny animals in exquisite detail revealing a whole world that is essentially invisible to us. Light microscopy techniques, such as differential interference contrast (DIC), allow almost 3D images of animals to be captured.

Mongabay: What type of careers in zoology do you see growing as technology skills become more important?

Ross Piper: Zoology is already a multidisciplinary subject with scope for a huge range of careers. You have people specializing in molecular biology, field ecology, exploration and bio-prospecting, imaging and development biology to name just a few. As technology advances I think there will be more and more opportunities in defining how they came to be so diverse, how animals work, how they develop and how life on earth interacts.

Mongabay: Which species that are integral components of the ecosystem we live in that you have analyzed are not commonly known?

Ross Piper: Nematodes (commonly known as roundworms, threadworms, etc.). Only around 20,000 species are so far known, but there could be at least one million species out there (some experts have even suggested there could be as many as 80 million species of nematode). They’re everywhere, from the deepest parts of the ocean to the insides of other living things. To the naked eye they all look very similar, but this morphological homogeneity belies incredible variety in where and how they live.

Mongabay: Which species that are currently under threat are you most concerned about and why?

Ross Piper: Anything that lives in the ocean or in tropical forests. These are the places where most biodiversity is found, but we’ve barely scratched the surface of understanding how these places “work” and the colossal variety of life they’re home to. We seem to be doing our level best to destroy these places before we’ve even begun to understand them. It’s tragic, not least of all because they’re absolutely vital to every one of us. I really hope that we see sense before it’s too late.

Mongabay: What are Chaetognatha and Xenoturbellida and why are they so hard to classify within our current taxonomic system?

Ross Piper: Chaetognatha (commonly known as arrow worms) and Xenoturbellida (commonly known as strange worms) are two very enigmatic lineages of animals. They both possess features that ally them with a number of major branches of the animal family tree. They may have branched off along their own evolutionary trajectory so long ago that it’s difficult to define their affinities. They also demonstrate that just looking at the way an animal looks (its morphology) can seriously confound our efforts to understand biodiversity. Just because two animals look similar doesn’t mean they are related. Similarly, just because something is structurally simple doesn’t mean it is primitive. A complex animal can easily give rise to progressively more simple forms if it adapts to a particular niche. You only have to look at sessile and parasitic animals to see evidence of this.

Mongabay: How are you employing YouTube to educate others about these less commonly understood species? Has this been successful?

Ross Piper: I obtained what videos I could of some of some of the lesser-known animals, so that people could see how they look and behave in life. Some of these, such as the ribbon worm hunting and the life of a sea biscuit are incredible.

My future task is to go on collecting footage lesser-known animals as there’s still very little out there.

Mongabay: Which areas of zoological research do you think have the greatest need for research and analysis, and why?

Ross Piper: Documenting species, understanding how they live their lives and how they interact with other organisms.

Mongabay: As a zoologist, how do you hope to inspire others to pursue zoology and conservation biology?

Ross Piper: By showing people, either through the written word or on TV, that animals are astounding in both the way they look and the way they live. Life is the single most interesting thing about our planet and it abounds here, but we’ve only just scratched the surface in understanding the natural world. It’s a sad fact that we know more about the surface of barren moons in space than we do about our planet. I want people to understand that the Earth is a beautiful and special place —the only home we’ve got, so we need to cherish it.

Mongabay: What type of future technological advances would you envision happening over the next five years that would improve our ability to study these lesser-known species?

Mongabay: Can you describe some recent conservation successes and challenges that have impacted these lesser-known species?

Ross Piper: Any efforts that help to safeguard the most biodiverse places on the planet will help to protect a huge range of species. Clearly delineated areas of the ocean need to be completely off-limits to any type of commercial fishing and the known, terrestrial biodiversity hotspots need to have long-term, well-resourced protection. I think the only real hope of doing this in the short-term is attaching a financial value to the services offered by a healthy ecosystem. We need everyone to realize that the value of intact, healthy oceans and forests goes way beyond the commodities we strip from them.

Ross Piper, PhD., is a zoologist whose inveterate fascination with nature began as a small child. This led to several years pursuing a BS in zoology and a PhD in entomology. Today, in addition to writing, he spends as much time as possible studying animals in all their diversity. 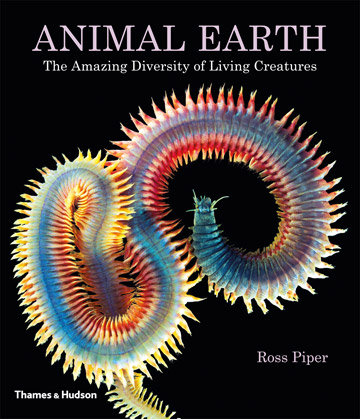 This book would make an ideal gift for anybody interested in wildlife and biodiversity and  can be ordered from Amazon by clicking on the link below:

This article was written for Mongabay.com by Owen Reynolds, an Economist in Washington, DC.