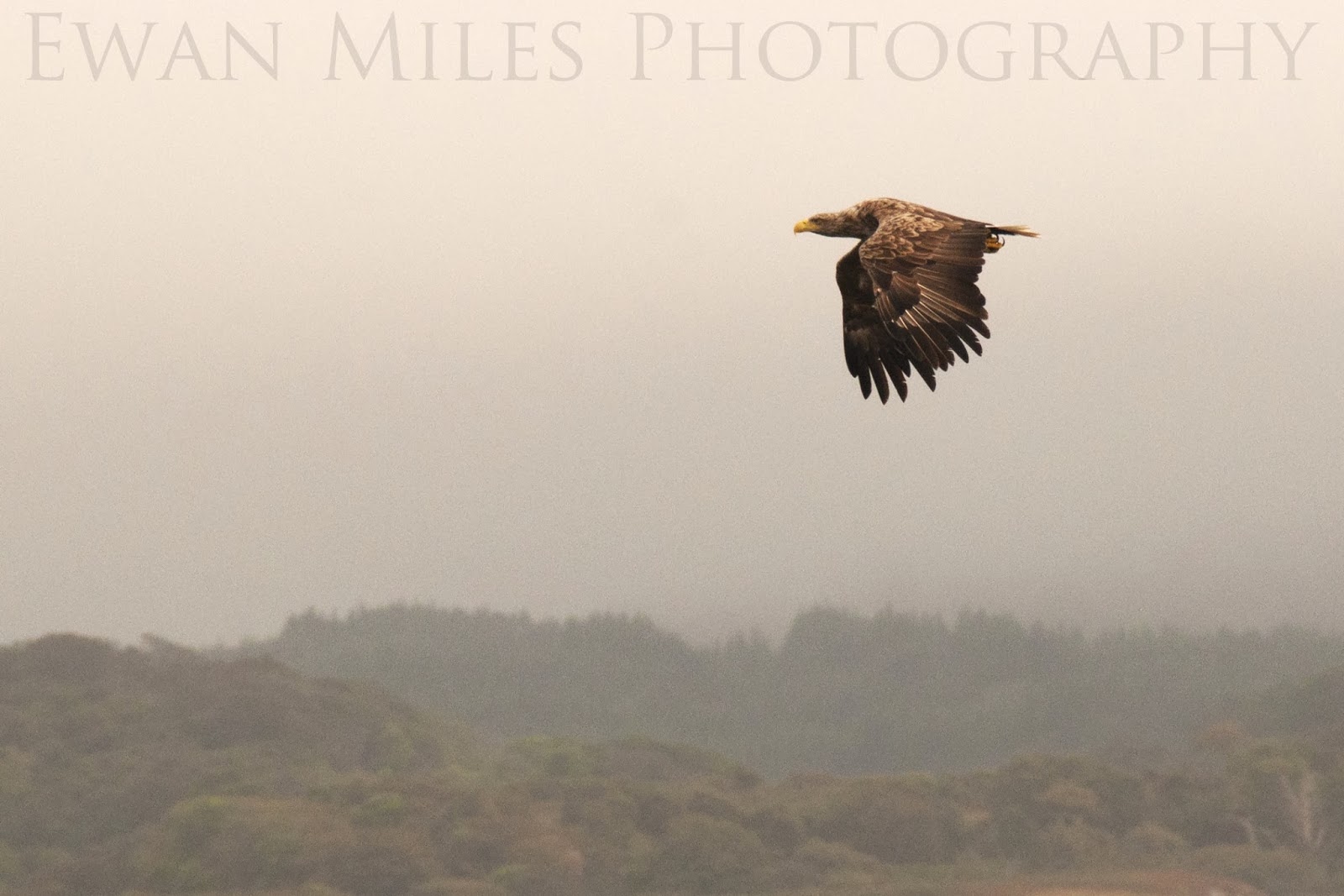 I used to dream of seeing the bird that has the sunlit eye.
You will never forget the first time you see one fly.
The sight of a soaring eagle over a Scottish landscape is one to admire.
An iconic symbol of courage and strength that has the power to inspireEwan Miles.

White-tailed eagles in the UK ruled our skies for thousands of years with records dating back to c 2450 – 2000 BC but as some of our wildscapes slowly turned into manscapes they were persecuted to national extinction by the early 20thcentury. By the middle of the century a re-introduction programme was in place to give white-tailedeagles a chance to colonize our country again. Due to incredible work bycommittedconservationists, in this present day, the birds are beginning to get a foot hold in our landscape once more.

In January 2014 someArgyll farmers spoke out and want action takenon the increasing white-tailed eagles in the district and there were some comments that really stood out. The sea eagles were referred to as ‘aliens’ which is of coursecompletelyuntrue. Another comment was theirworry of theintrusionof sea eagles affecting the goldeneagle. If you look at the bigger picture, they used to live side by side for thousands of years in the UK.The biggest standout comment was “it’s only a matter of time before a small child is attacked”. This statement is not constructive and worthless to discussion.

Of course the interest of livestock loss during the lambing season is the concern of farmers. White-tailed eagles are known to feed on dead lambs and potentially weed out weak lambs but there is little evidence of birds targeting healthy stock. Overall, an eagle’s impact on lambs and hoggs is minimal.

If there is a diverse environment andabundanceof natural food then there is no need for eagles to goafter domesticated animals. In terms of the worry of birds increasing in numbers, during the lambing season, eaglesare extremely territorial so there is never going to be more than onepairworking an area.

Some people need reminding of the simple fact that this is not our world; we share it with millions of species. We are a part of nature, we rely on nature and we all need to learn to live with nature. Scotland’seagles are an important part of thecountryas nature-basedtourism is valued at 1.4 billion pounds directly towards the Scottish economy. Tourism spending on nature-based activities in Scotland is worth nearly 40% off all tourism spending in the country. Viewing wildlife is the sole reason for millions of visitors to Scotland every year.

For example,if I was looking for locations around the world to view wildlife, countries’ reputation through media and journalismdictateeverything. If I was to focus on whale watching, the nations that would put me off visiting are those that stillparticipatein the brutal whaling industry.

If I wanted to view large bird migrations then themassacresin Malta, for example, would stop me from visiting the country which has huge potential for tourism were it not for the large murder of migrants each spring and autumn.Publicity of control measures and talk of culling iconic species could have a big knock-on effect forScotland.

Let’s hope this talk of eagle action is put to bed and we can carry on improvingScotland’s great reputation as a world class wildlife destination. Eagles will always mean a lot to me as my early encounterswith them inspired me to a lifetime’s love of the natural world. Now that is power and value that you cannot put a price on.