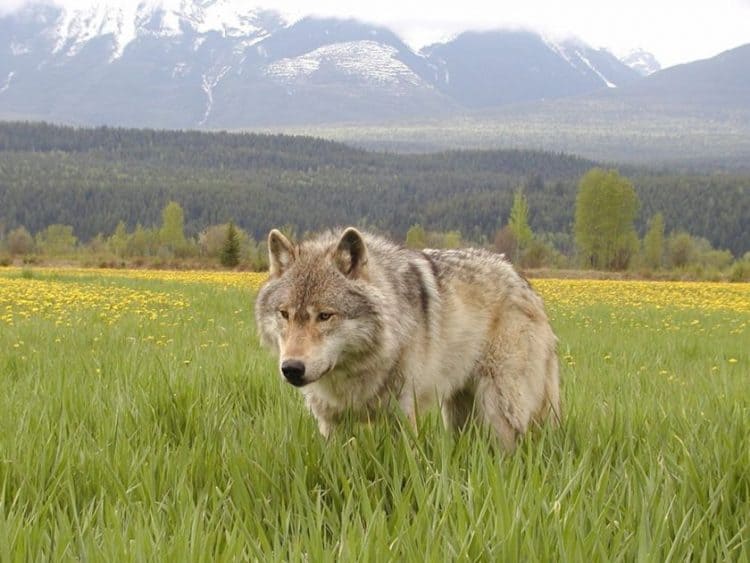 The provincial government is proposing a predator cull that would kill more than 80 per cent of the wolf population in parts of central British Columbia that are home to threatened caribou herds, according to correspondence from the Ministry of Forests, Lands, Natural Resource Operations and Rural Development.

The Tweedsmuir-Entiako and Itcha-Ilgachuz herds are in the central part of the province, roughly east of Bella Coola and west of Quesnel, while the Hart Ranges herd is near the Alberta border, east of Prince George.

A parallel cull is also proposed for the Itcha-Ilgachuz herd area to “remove cougars that have likely begun to focus on caribou as a prey source.”

A 30-day consultation with Indigenous communities and “targeted stakeholders” is underway.

A study of 18 caribou herds released earlier this year found that populations stabilized or increased in eight of 12 herds in areas where wolves were culled. Six herds that were not subject to predator removal continued to decline, according to the study led by Robert Serrouya, director of the Alberta Biodiversity Monitoring Institute’s Caribou Monitoring Unit.

The Central Group’s Klinse-Za herd posted the most dramatic recovery through a combination of predator reductions and maternal penning, in which pregnant caribou and calves are protected by fencing.

Serrouya found that predator management must be applied “intensively” to produce a positive result and that combining strategies such as culls, restoration and safe havens enhanced the effectiveness of recovery efforts.

Serrouya’s study identifies predators as a “proximate” cause of caribou decline, while ecosystem alteration is the “ultimate factor.”

“Habitat restoration is the long-term piece to this strategy,” Serrouya said in a interview. “But if we wait for the habitat to be restored and do nothing else, there won’t be any caribou to occupy it.”

Several herds in B.C. have already turned around because of this multi-pronged approach, he said.

B.C. is currently rolling out a $47-million caribou recovery plan.

“Wolf populations in these herds are far above the level that research tells us is needed to ensure caribou recovery,” the ministry wrote in response to questions from Postmedia. “These herds have reached a critical point, with a combined total of only 801 individual animals. All have had steep declines in recent years due to predation.”

The proposed cull was condemned as outdated thinking that ignores the real cause of the caribou decline by a one-time NDP candidate and former conservation officer.

“It’s not a scientific discovery to say that if we kill the predators, the caribou will do a little better,” he said. “What’s really happening is that taxpayers are subsidizing inappropriate industrial operations by paying for the cull and the wolves are paying with their lives.”

The ministry memo advocates an adaptive management approach to conservation, combining predator management with other strategies and studying their effectiveness as they are applied.

Casavant argued that so-called “science on the go” is intended to support the government’s predator management strategy.

“The data shows that habitat loss is the largest agent of decline, not wolves,” he said.

This article was first published by The Vancouver Sun on 12 September 2019.

LET NATURE TAKE CARE OF ITSELF. LEAVE THEM ALONE.

Wolves are an integral part of the ecosystem. They have a role to play. When you harm a part of a system, you harm the entire system. The entity that created the system was much wiser that those who pull the triggers and those who allow it. We are facing the 6th mass extinction and this is a contributing factor.

Seems like a case of ill-applied micro science in BC and elsewhere I’m sure. How long has the cycle of predator/prey been going on? 10 days, 3 years, 90 years? NO, it’s been part of the natural system for millennia. If caribou take longer to recover then don’t over-harvest the fragile forests or plan development for the sensitive calving grounds. Provide maternal penning, use modern thinking and technologies but don’t use wolf culling as part of the caribou reverse population formula.