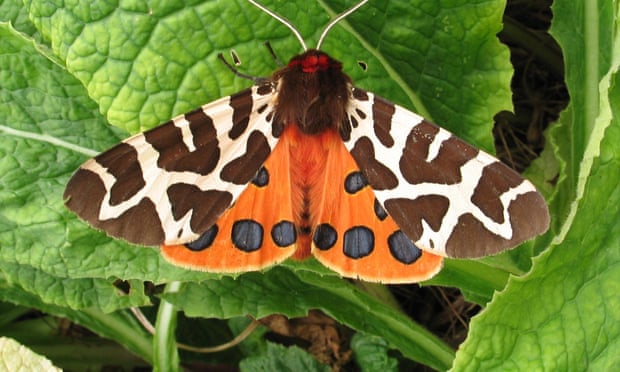 It might seem like they are being lazy but some moths do not bother to flee from predators because they make themselves taste disgusting.

That is the case for a certain species of tiger moth, which researchers have found displays a nonchalant approach when faced with potential predators, on account of its disgusting flavour.

Dr Nicolas Dowdy, of the Milwaukee Public Museum and Wake Forest University in the US, found certain members of the Tiger moth family do not duck and dive from predatory bats with the same vigour as their counterparts.

A study published in the Frontiers in Ecology and Evolution journal suggested this approach can pay dividends for winged insects, which have evolved a special chemical defence that makes them less palatable.

Dowdy came to this conclusion after an experiment in which he released five species of tiger moth into an outdoor flight arena at night, where wild bats would frequently swoop in to feed.

Using infrared cameras, he monitored interactions between the bats and moths, and recorded how often different species displayed evasive or nonchalant behaviour during a bat attack.

When considering why the insects did not just try to evade the bats anyway, researchers suggested that the method posed risks as well as rewards. Performing panicked evasive manoeuvres might help a moth avoid becoming dinner but it might also land it in a spider’s web or away from a food source or mate.

Dowdy speculated that unsavoury moths may often take the lazier and potentially safer option by relying on their chemical defences, rather than roll the dice on an emergency flight.

Many creatures in the animal kingdom have evolved defence tactics to evade and deter predators. Ultrasonic hearing and mid-flight swoops and dives are some of the other tactics within the moth’s arsenal.

It may be possible that this relationship between palatability and nonchalance exists elsewhere in the animal kingdom but future studies are needed, said the researchers.

This article was first published by The Guardian on 16 December 2019.