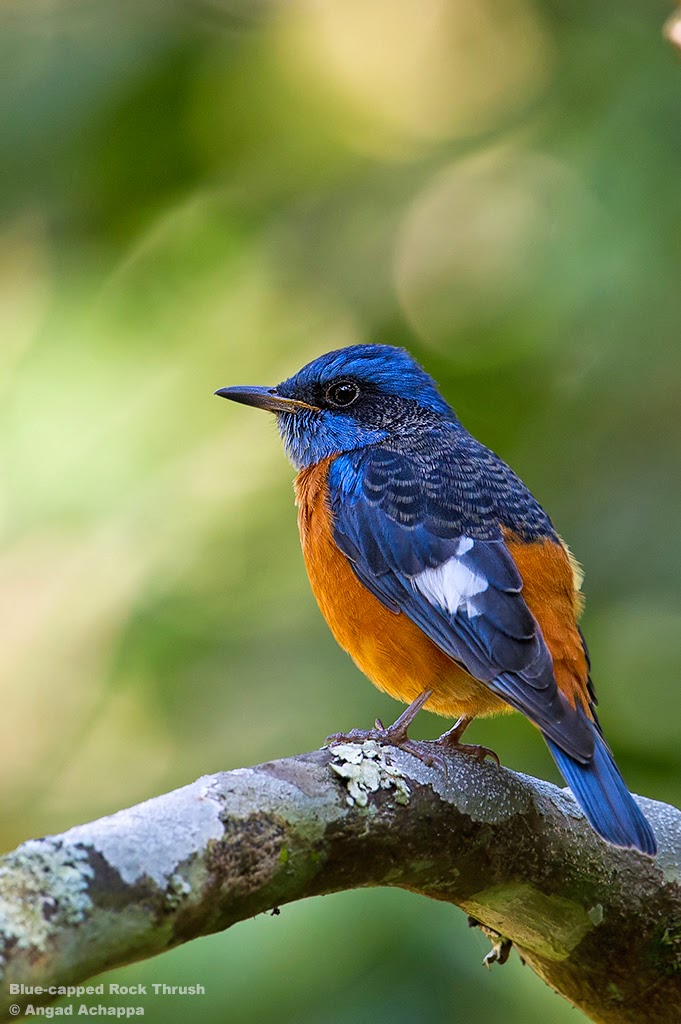 This is the second post in the three part series. The first post can be viewed at the link specified at the end of the post.The Blue-capped Rock Thrush is another species quite commonly spotted at Nandi Hills.

The Blue-capped Rock Thrush winters mainly in Western Ghats and is a summer visitor in the Himalayas. It is 15-17cm in length and feeds mainly on insects. The male has a blue crown or cap and throat with the remaining underpart orange in color, while the female has an olive-brown with barred and whitish underparts which are heavily scaled. They are usually found in moist forests an well wooded areas during the winters and in open dry forests during the summers.

For tailored wildlife photography trips please get in touch at: [email protected]

All Images are Copyrighted Angad Achappa and may not be used in any form, website or print/online media without written permission of the Photographer. For any inquiry for the photographs please contact: [email protected]