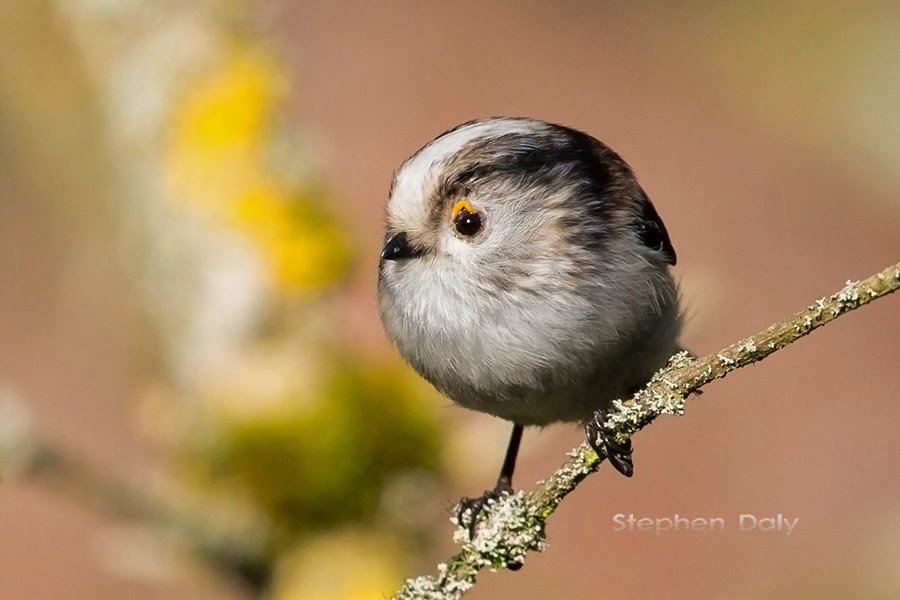 The Long-tailed Tit (Aegithalos caudatus) is a bit different to other true tits, a bit like the Bearded Tit or Bearded Reedling as it’s now officially called. These tiny birds can be seen from Portugal to Siberia in a variety of forms. I’ve often looked and listened for the bird in North Africa but as yet have never come across any. All the true tits are pretty small, squat passerines that like a variety of woodland and forest habitats. Most of the group including the Long-tailed are resident birds, meaning they stay in their place of birth and don’t migrate.

The Long-tailed Tit would probably be a candidate as Europe’s smalls bird if it weren’t for the long tail!The top photo shows no tail which works quite well with this head-on ‘tennis ball’ appearance.

One of the more interesting recent observations involving Long-tailed Tits was that they co-operate with other neighbours of the same species in feeding young in the nest when they have lost their eggs or brood to predators or bad weather. This co-operation is not so unusual in the bird world with around 9% of birds show activities of co-operative breeding.

This flies in the face of Charles Darwin’s theory of Natural Selection. Birds that are in some way genetically related of course respond more to this communal helping.The research of this study with Long-tailed Tits was done between 1995 and 2011 in the Rivelin Valley near Sheffield, UK.

You can read more on this here. On Peter Clark’s blog there are some photos and more links and other interesting info. and photos on the project. Here are some more photos of this lovely bird.