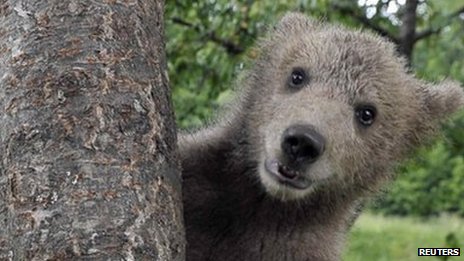 Wildlife experts are to discuss whether large animals that were native to Scotland in the distant past could one day be reintroduced. Monday’s debate on the pros and cons of bringing back bears, wolves and lynxes will be held in Lochinver in Sutherland to mark Earth Day.

The event will include a visit to Inchnadamph Bone Caves where brown and polar bear remains have been found. Bears are thought to have died out in Scotland in the prehistoric period.

Guest speakers at Glencanisp Lodge, will include environmental campaigner Mandy Haggith. Her new novel Bear Witness tells the story of an activist who fights for bears to roam free in Scotland. Also attending will be Jim Crumley, author of The Last Wolf, and Roy Dennis who has had lead roles in the reintroduction of ospreys, sea eagles and red kites.

A representative from the Scottish Wildlife Trust, which is leading a trial beaver reintroduction in Argyll, is expected to join the panel.
‘Weren’t comfortable’

Alladale Estate, at Ardgay in Sutherland, had proposed releasing four wolves from Romania in a secure area as part of a reintroduction programme. However, in May 2010 the plan was dropped in the interests of the animals’ welfare.

General manager Hugh Fullerton-Smith said it was still the long-term ambition of the estate to introduce wolves, but into a much larger area. He said the plan for the wolves was to use information on them in outreach education projects.

Later in 2010, outdoors survival expert Ray Mears warned that reintroducing wolves to Scotland could lead to public resentment of the animals. Speaking to Richard Madeley on BBC Radio 2, he said the predator could cause upset through its natural behaviour.

In the radio interview, Mr Mears questioned the reasons for bringing wolves back to Scotland.

He said: “If someone was saying we are releasing them because we think it will create an eco-system that was more harmonious and because their absence was felt in the landscape then I would agree with it.

“If we were releasing them because we want to see them, I don’t think that is a good enough reason.”

This article was written by BBC News Highlands and Islands