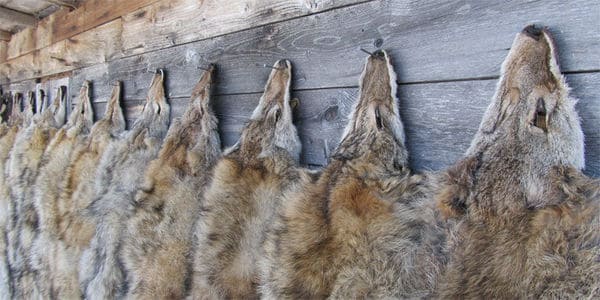 The steel-jaw trap (the most cruel of all), shuts down on the animal’s limb. They frantically struggle to break free while the trap cuts deeper into their flesh, even reaching the bone, and often mutilating the animal’s foot or leg.

In extreme desperation, some animals—especially mothers hoping to get back to their young—will try to chew or twist off the trapped limb. After intense suffering, the animals die of exhaustion, frostbite, or shock.

Fleur Dawes of In Defense of Animals told One Green Planet: “This is a victory for animals and for all Californians who spoke out in the thousands to protect animals from extreme cruelty of fur trapping.

California is sending the world a clear statement: fur-bearing animals have the right to live in their own skin, free from being maimed and killed by horrific traps to steal their fur for trivial ‘fashion’ statements.

We urge lawmakers to honor the shift in public consciousness and pass AB 44 to ban the sales of cruel fur products throughout California.”

In even more good news, California lawmakers are considering a ban on the sale of fur nationwide! If you want to add your voice to the cause, sign this petition:

This article was first published by OneGreenPlanet on 6 September 2019.