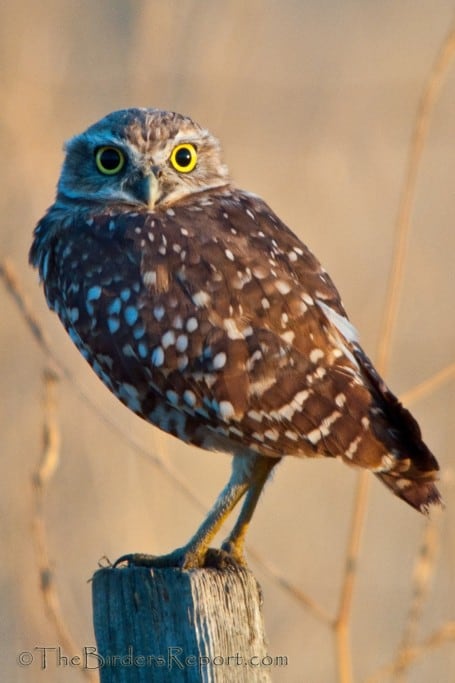 Burrowing Owls (Athene cunicularia) are listed as endangered in Canada and threatened in Mexico. They are considered by the U.S. Fish and Wildlife Service (USFWS) to be a “Bird of Conservation Concern” at the national level, in three USFWS regions, and in nine Bird Conservation Regions. They are also listed as endangered in Minnesota, threatened in Colorado, and as a “Species of Special Concern” in California, Montana, Oklahoma, Oregon, Utah, Washington and Wyoming.

“Owl numbers have dropped steadily since the 1940s; by the mid-1990s surveys estimated 9,450 owl nesting pairs in the primary range of California burrowing owls, with 5,600 pairs thought to nest in the Imperial Valley. The number of breeding owl colonies in the survey area declined by nearly 60 percent from the 1980s to the early 1990s, and the statewide number of owls is now thought to be continuing to decline by about 8 percent per year due to urban development.1

The Imperial Valley was thought to be the last stronghold for this small, charismatic owl. Unfortunately, a recent survey by the Imperial Irrigation District that monitors the largest population of California’s Burrowing Owls, shows a stunning 27% decline, providing some of the most striking evidence yet that the species is badly in need of state protections. 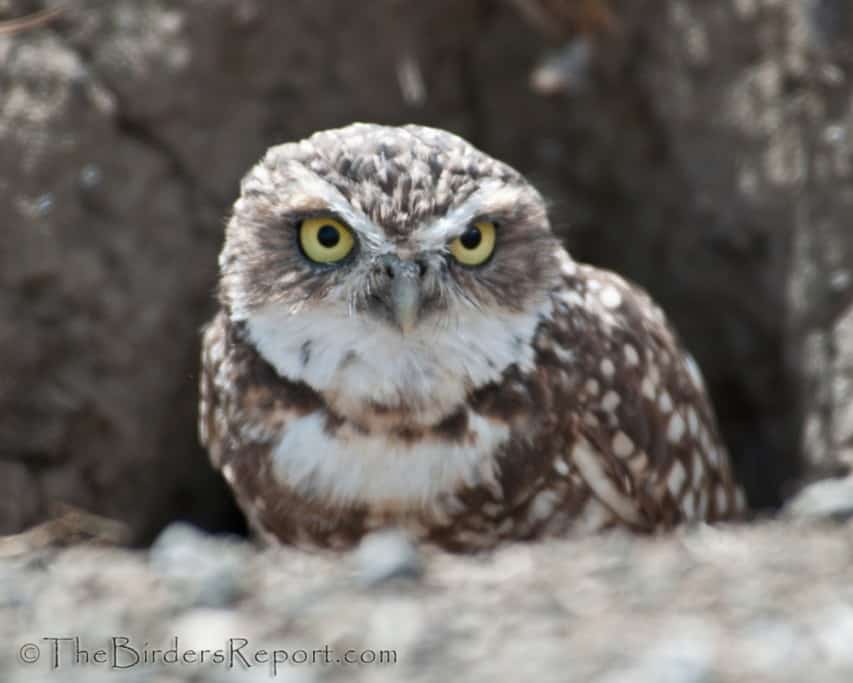 So what is causing such huge declines in this “Species of Special Concern?” As is the case with most threatened and endangered species, loss of habitat is a large part of the problem, but the fact that this raptor lives in burrows dug primarily by fossorial mammals compounds the problem. The California Ground Squirrel (Otospermophilus beecheyi) is the primary species offering up burrows for the owls in California and they have been systematically eradicated in the west for years (badgers, skunks, marmots, armadillos and fox holes are also used by the owls in North America).

The California Department of Fish and Game (CDFG) is still working 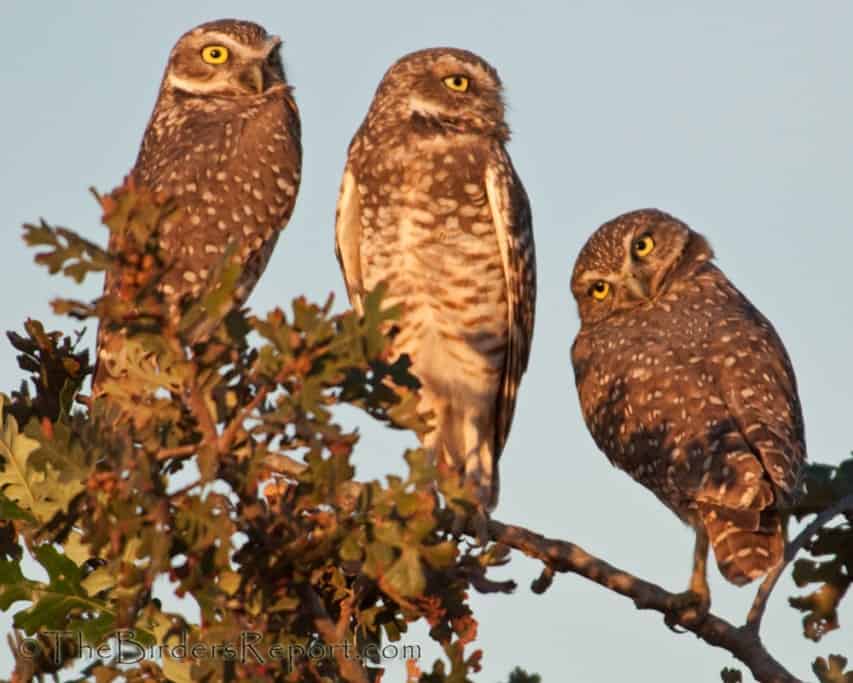 from a script developed in 1995 when they released a staff report to aid developers and consultants involved with projects and developments that “may affect burrowing owl habitat.” That was over sixteen years ago! These unwise practices fly in the face of their own suppressed report, Guidance for Burrowing Owl Conservation, dated April 14, 2008, that was leaked by us but never released to the public.

The current CDFG practices allow, and commonly use, exclusion of owls from their burrows during the non-breeding season, supposedly as a method to avoid “take.” The definition of “take” includes to harass, harm, hunt, shoot, wound, kill, trap, capture, or collect, or attempt to engage in any such conduct. A notable component of this definition is the definition of “harm.” “Harm” in the definition of “take” means an act that actually kills or injures protected wildlife. Such acts may include significant habitat modification or degradation where it actually kills or injures wildlife by significantly impairing essential behavior patterns, including breeding, feeding, or sheltering2.

The 2008, unreleased report states “exclusion of owls from burrows 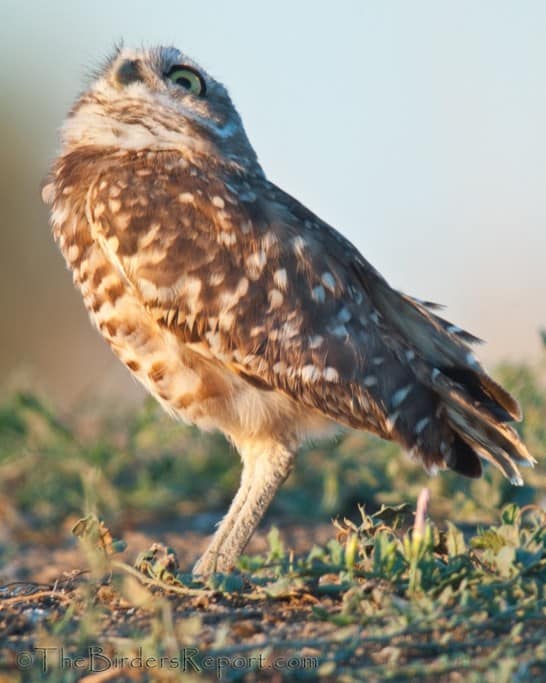 during the non-breeding season, usually by installation of one-way doors, has been used to avoid take…[but] because owls are dependent on burrows for survival and reproduction, excluding them from nesting, roosting, and satellite burrows on a project site may actually lead to direct or indirect take.”These one-way doors exclude the owls from their burrows, forcing them to move to another location. One wildlife “biologist” hired by a developer told us “they are sure to find happy homes elsewhere.” Yeah, right. They are most likely sure to perish from exposure without a burrow to escape predation.

This is the plan (eviction) most often used by CDFG when dealing with developers that find Burrowing Owls on the property they wish to develop. Most are not even required to contribute to a mitigation bank to offset the destruction of their habitat, as described by the California Environmental Quality Act (CEQA). Again, quoting from the Guidance for Burrowing Owl Conservation, “existing practices for excluding owls usually employ only portions of the methods described above (passive relocation or eviction), or employ the methods inadequately, and therefore have a higher likelihood of resulting in take. For example, “passive relocation” efforts typically provide alternative (i.e., artificial) nearby burrows for the owls that will be displaced, but do not confirm before burrow destruction that new burrows are being used. “Eviction” is exclusion from the burrow without providing alternate burrows that the displaced owls can find.” 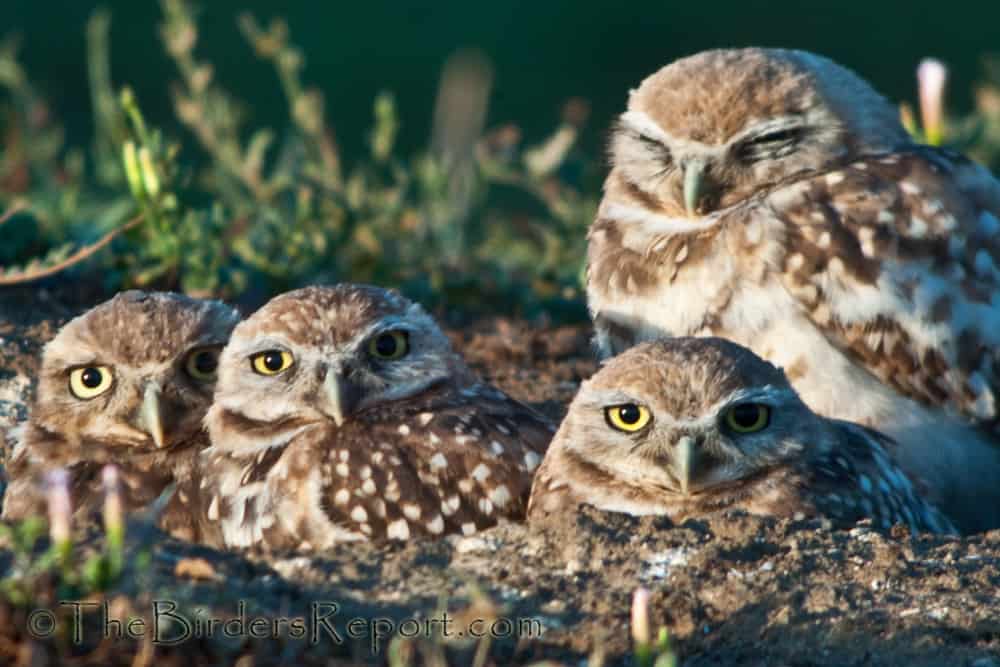 This approach to Burrowing Owl conservation, considering the statistics I have sited here, obviously doesn’t work. Burrowing Owls have been in decline for sixty years. We need a Burrowing Owl Conservation Plan and we need it now!

I have also written several posts on Burrowing Owls on my blog The Birder’s Report and you can see more of my Burrowing Owl photos on my Flickr page.