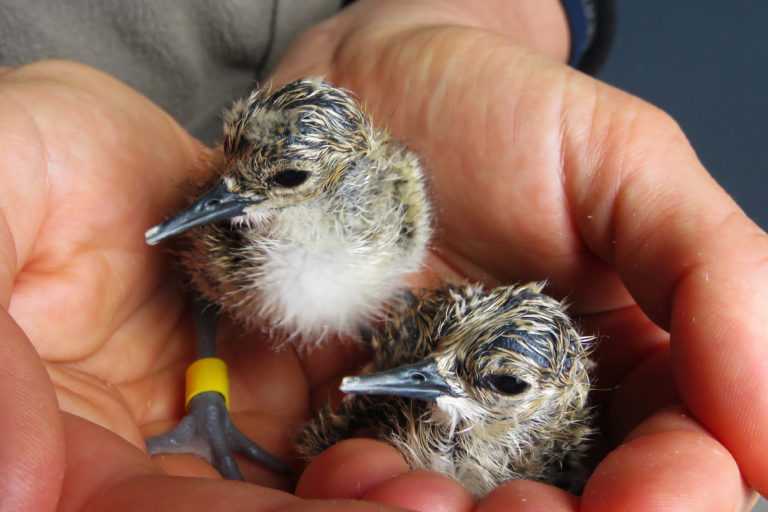 A group of students and parents huddled behind a row of wooden boxes in New Zealand’s Godley Valley on the country’s South Island. The box doors were flung open, and birds with fluffy white bellies and long, pointy bills flapped their black wings, chirping as they took off into the crisp winter air.

This month, New Zealand’s Department of Conservation (DOC) released 104 captive-bred black stilts (Himantopus novaezelandiae), or kakī as they’re called in the local Māori language, as part of its Kakī Recovery Programme. Black stilts, which are wading birds, are critically endangered, with fewer than 200 individuals remaining in the wild. The Kakī Recovery Programme aims to give a much-needed boost to wild populations, and so far, it seems to be working.

For the past 40 years, the program has seen a steady increase in numbers. Then, between 2019 and 2020, a big jump occurred: the adult kakī population increased by 30%, with 169 adult individuals now detected in the wild.

“A contributing factor was the 2017 breeding season, which saw an increased number of eggs produced by wild pairs collected for artificial incubation and rearing through our captive facilities,” Liz Brown of New Zealand’s DOC told Mongabay in an email.

“Expansion of predator control throughout kakī habitat was initiated by Te Manahuna Aoraki [another DOC program] in 2018, giving the released birds an increased chance of survival into adulthood.”

The kakī once had an extensive range across both the North and South islands of New Zealand. But introduced predators, such as stoats, ferrets, rats and even cats, decimated the wild populations of the bird.

By 1981, there were a mere 23 adults and four breeding pairs living in a small part of the South Island.

“Kakī are vulnerable to predation at all stages of life, with close to 0% of chicks surviving to adulthood in the wild,” Brown said. “Kakī are also vulnerable when they are nesting and rearing chicks. Both male and female kakī will exhibit ‘broken wing’ behaviour to attempt to draw predators away from their nests, which can lead to the adults also succumbing to predation.”

Like most native New Zealand species, kakī don’t have natural defenses against mammalian predators, which didn’t exist in the country until the time of European settlement.

The Kakī Recovery Programme, which is supported by Global Wildlife Conservation (GWC) and the Sheth Sangreal Foundation, runs a rigorous breeding and reintroduction program. While the program cares for several breeding pairs of kakī, officers also take eggs from wild bird couples to ensure that they successfully hatch.

“Very few chicks in the wild will survive to adulthood, or even fledging age (close to 0%),” Brown said. “By collecting the eggs, artificially incubating them and captively rearing the chicks, we get an average of 70% fledging success.”

To minimize stress to the wild couples, DOC officers will sometimes replace the eggs from their nests with artificial ones, which the pair may continue to incubate.

“Because the parents are also vulnerable when incubating, we try to minimise the amount of time they are left incubating eggs,” Brown said. “We can foster chicks to a pair that may have only been incubating the artificial eggs for 10 days, rather than the full 24-25 days. They might be another pair’s biological chicks, but the parents will care for them like their own.”

This year has been particularly tough for wild kakī due to heavy flooding in the middle of the species’ breeding season. Yet conservationists are hopeful that these rare birds will continue to increase in number in the wild.

“New Zealand’s commitment to turn the tide on the decline and extinction of native species shows their leadership in biodiversity conservation,” Wes Sechrest, chief scientist and CEO of GWS, said in a statement. “The decades-long fight to recover the world’s rarest wading bird, the kakī, is turning a corner with this year’s success. I hope that New Zealand will continue to make significant progress with their massive goal of preventing extinction of the country’s unique and amazing species.”