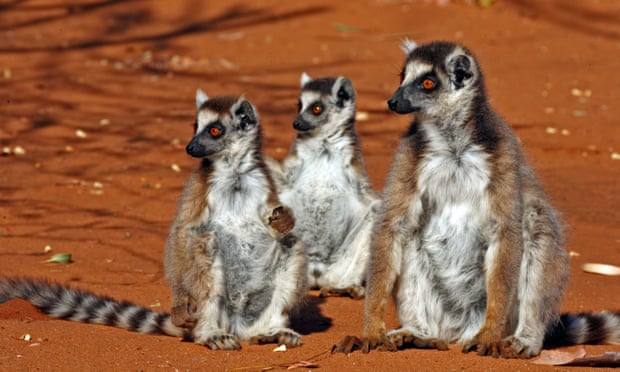 When you talk to animal lovers, zoos can be a controversial topic.

Some see zoos as a place of education that allows the general public to encounter some of the most wondrous species in the world.

But others see zoos as unnatural and intrinsically cruel to the animals trapped behind the bars.

This debate extends to the topic of conservation. Many people assert that zoos are helping the ecosystem by saving species threatened by extinction.

The basic idea is that if a species is struggling in the wild, it can be protected in zoos. Breeding can be encouraged in a safe environment, and the public can be educated about the dangers the species is facing.

Zoos have some track records of success. When the California condor was down to fewer than 30 birds, all remaining birds were placed in zoos. Through a captive breeding program, the species was restored and reintroduced into the wild.

But some people are skeptical of this model.

PETA asserts that “most animals” in zoos are not truly endangered and that the motivations of the zoos are not necessarily aligned with true conservation.

“Zoos aren’t breeding animals with the intent of replenishing threatened populations,” PETA says. “Babies bring visitors through the gates, and captive breeding gives the public a false sense of security about a species’ survival. But that belief undermines support for and diverts resources from in-situ conservation efforts.”

But not everything zoos do is necessarily within the walls of the zoo itself.

The Association of Zoos and Aquariums tout its SAFE program that leverages zoo audiences to raise awareness for endangered animals. While SAFE does coordinate the placement of endangered animals within zoos, it also devotes resources to the field. It aims to rehabilitate animals in their natural habit and create a rebuilding strategy for the species.

One example of SAFE making a difference is with the African penguin.

“One year after its successful Kickstarter campaign to design, build, and test artificial nests for African penguins, the team has reported great success in developing the first artificial nest that mimics the biological parameters of natural nests almost perfectly, and the penguins have responded positively,” according to a SAFE report. “Two hundred artificial nests were installed and monitored at two penguin colonies in 2018 and nearly all (96 percent) were occupied at some point during the year.”

Although some people accuse zoos of paying lip service to education while not really providing any educational value, across numerous endangered species, such as the American red wolf, it seems like a solid effort is being made by SAFE-affiliated zoos.

“The American red wolf SAFE program was started with the hope of increasing awareness for this critically endangered native species,” Chris Lasher, North Carolina Zoo animal management supervisor, said in the SAFE report. “After less than a year, the American red wolf is seeing the advantages of being an AZA SAFE program with the increased exposure of the wolves’ story to a wider audience.”

There are some other fears about using zoos to rehabilitate species. Inbreeding within zoos can change the genetic makeup of species, making it harder to reintroduce them into the wild. Animals can also contact fungi and bacteria in zoos that may not be found in their native habitat, which poses a risk to their wild ecosystem.

Ultimately, the ideal place for conservation is a species’ natural habitat. But if there is not enough habitat remaining — or circumstances are extremely dire — then placement in zoos can be a last-ditch effort to save the species. In addition, zoos can help endangered species by deploying their expertise, education and other resources to help wildlife in the field.

Zoos definitely have a place in the conservation process. But it should continue to be a larger strategy than just putting endangered species behind bars.

This May, Care2 is launching a campaign to protect endangered species. Join us to save these real-life fantastic beasts!

This article was first published by Care2.com on 7 May 2019. Lead Omage Source: Ring-tailed Lemurs are very common in zoos but critically endangered in the wild Photograph: Alamy Stock Photo