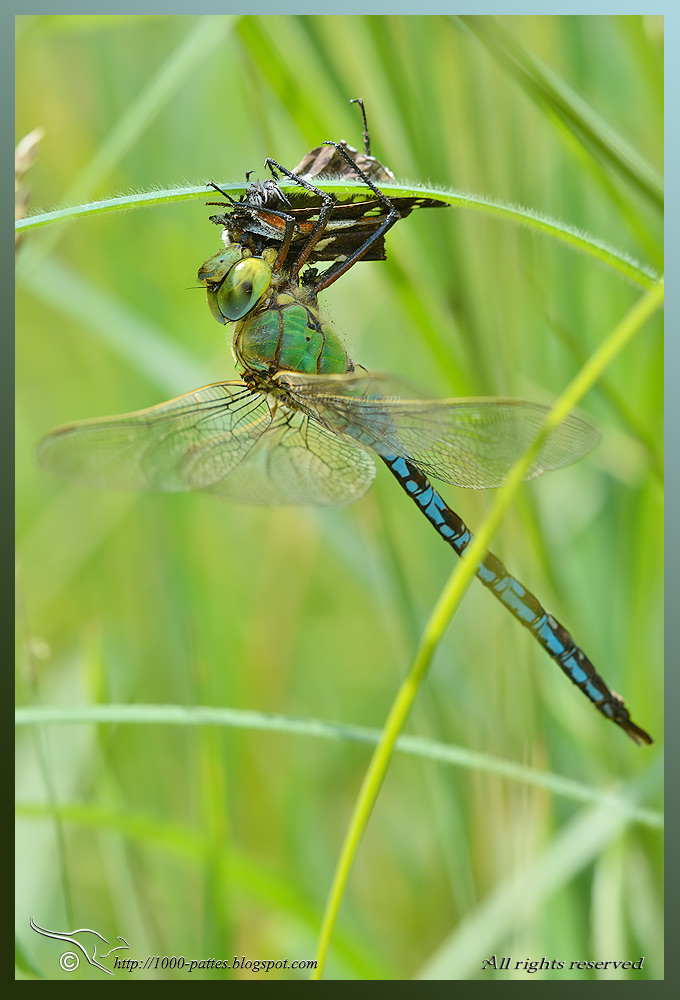 I suggest here a more detailed follow up to this article, about odonate predation. A dragonfly feeds exclusively on live preys, whether it is still at the stage of larva or of a winged imago: it consumes a wide variety of insects daily from flies (Diptera), to bees (Hymenoptera), to some beetles, to butterflies (Lepidoptera), or even to other odonates as we can see in the article above mentioned.

It is particularly well equipped to this end: First of all its compound eyes are the largest in the world, proportionally to its body. Thousands of facets are grouped in separate zones having for function to reveal forms, colors and movements, the latter being perceived much faster than the human eye.

A compound eye will decipher an image much more effectively since it can analyze at very high speed, a higher frequency of the sequential vision (set of images or scenes analyzed separately).

Dr Steven Wiederman and his partner Professor David O’ Carroll (University’s Centre for Neuroscience Research in Adelaide – link to their original publication) determined that thanks to the thousands of facets it can focus on a prey located beforehandamongst many others and is even able to re-align its body towards the target.

It is also able to choose one alone in a large insect swarm and to keep stick to the one spotted target.These two researchers also demonstrated that the dragonfly is capable of a thought process more sophisticated than thought previously when it hunts down a prey. Thus it possesses intellectual cells for a selective attention, which was only demonstrated up to now with primates. 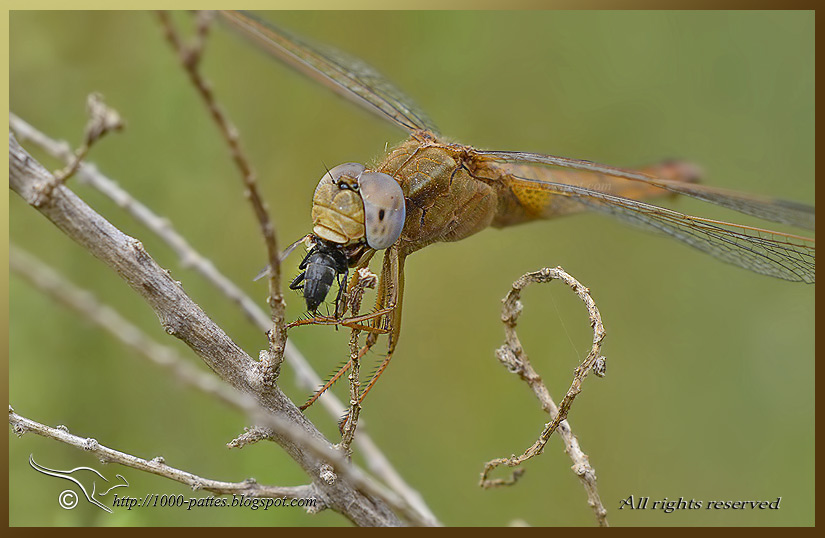 Scarlet Darter with a fly.

A dragonfly is able to fly at a very high speed and can have lightning accelerations, it also has the faculty to hover and even fly backwards.

Preys are caught by clawed and spiny legs. The smaller ones are eaten in flight whereas the largest are dissected on a perch. 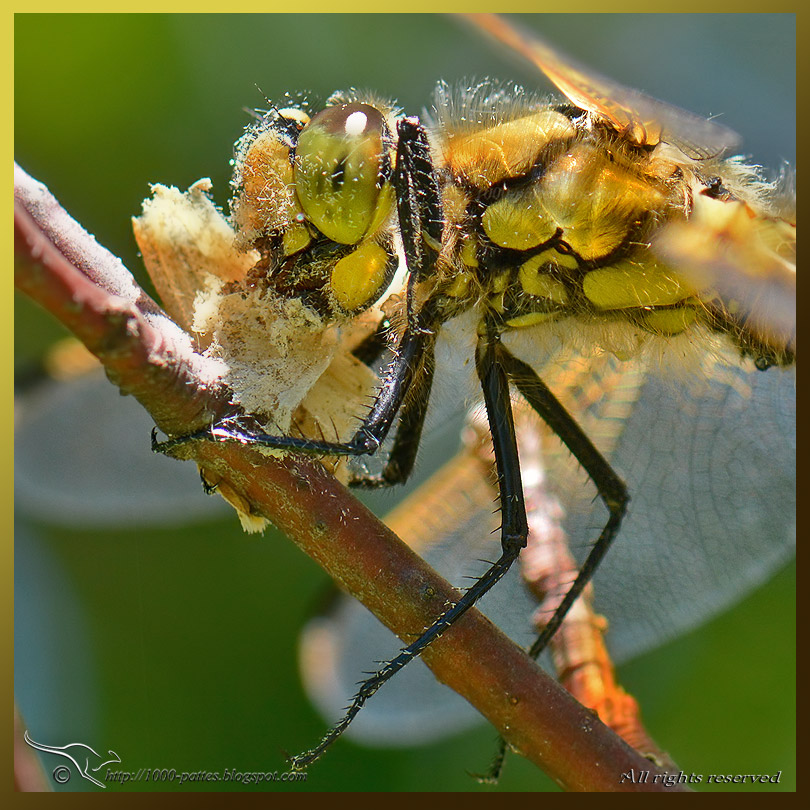 A 4 spotted Darter with a dusty moth! 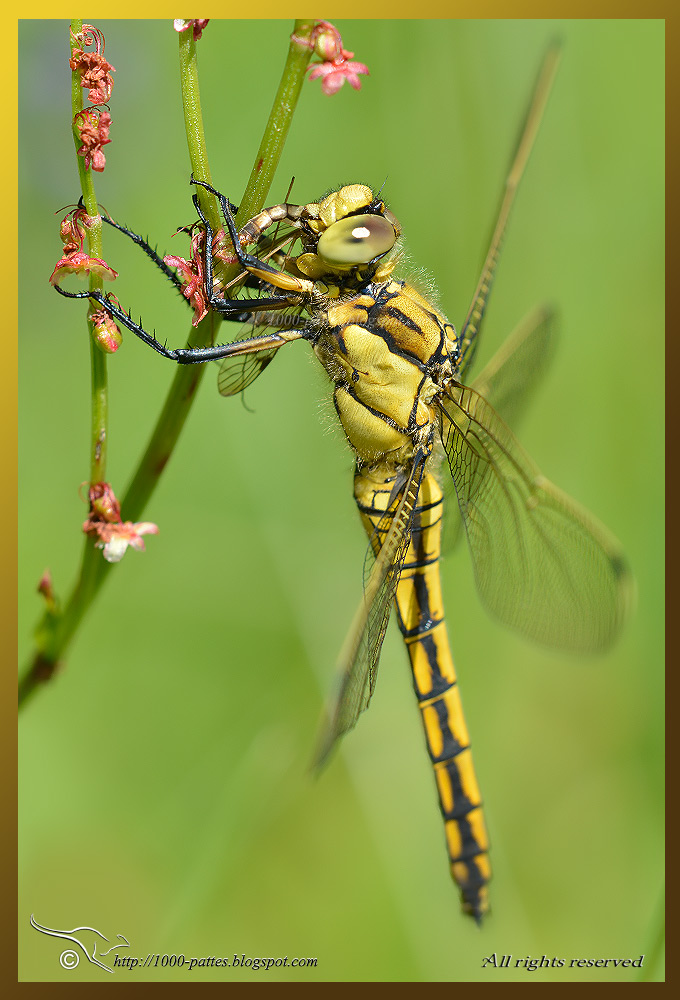 Black-tailed skimmer with a female scorpionfly. 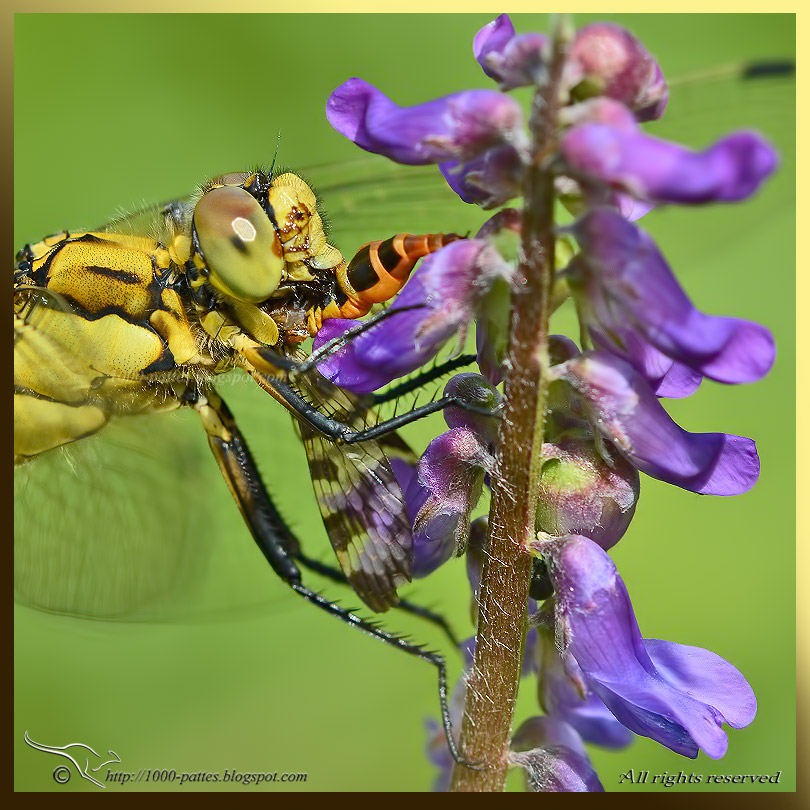 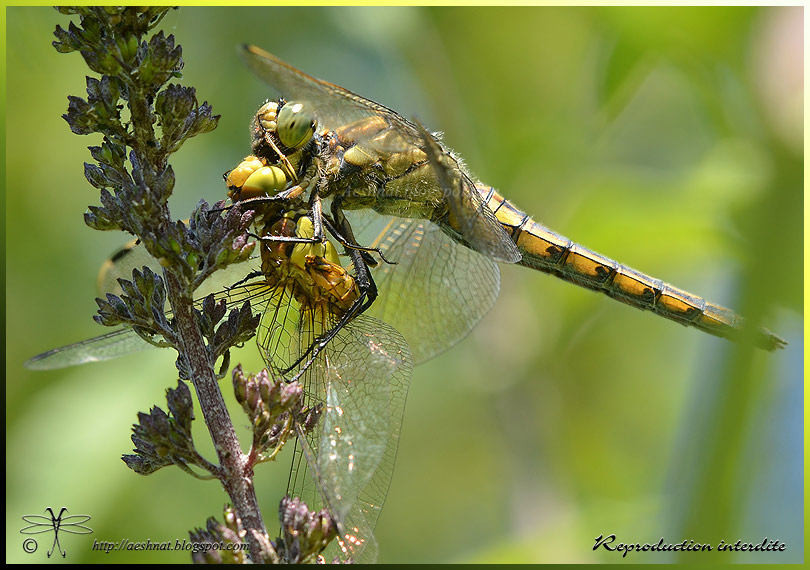 Also a Black-tailed skimmer with a scorpionfly.