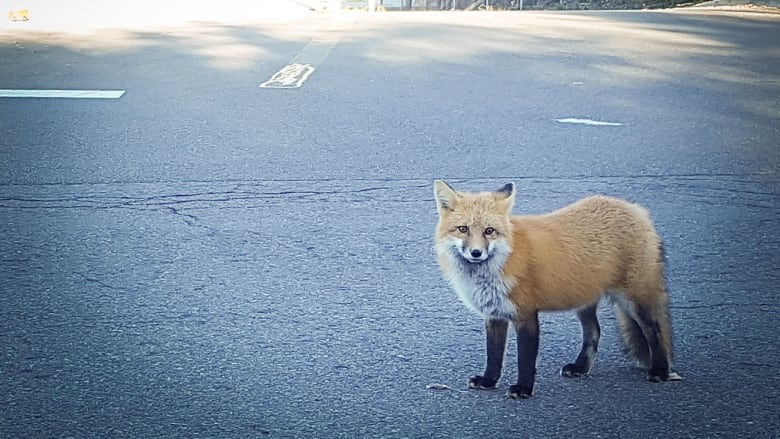 A Cape Breton wildlife photographer is questioning the Nova Scotia government’s use of leghold traps to capture and kill nuisance foxes around Englishtown.

Since the summer, Department of Lands and Forestry officials have been setting traps after complaints from area residents about foxes lurking in their yards and, in one case, taking food from a barbecue.

Provincial wildlife technicians set several traps and checked them daily, as required by regulations, but weren’t successful, so the province hired a contractor to take over, said department spokesperson Brian Taylor.The traps are checked daily and any captured foxes are shot.

He said people in cars waiting to use the ferry to get to the Cabot Trail have been regularly feeding foxes and taking their pictures.

“Even though it might seem nice, and these are obviously beautiful animals and it’s nice to see them up close, but feeding them actually does the population quite a bit of harm,” Taylor said.

Kris Tynski has shot a lot of eagles, foxes and other wildlife around Cape Breton Island, but the photographer uses long lenses, not guns, to bring the animals in close. He disagrees with the use of leghold traps.

“If you could get four foxes to come sit next to your car with a doughnut or with a bag of chips, how can Lands and Forestry not think of something a little more humanely to gather the fox up?” Tynski said.

He said he found two foxes in traps on Boxing Day and the animals were struggling. He then shot some pictures and video and posted them to social media.

“I just wanted to educate people about feeding the foxes, feeding the wildlife in general,” Tynski said.

“It’s not good. It never ends good, and in this case it didn’t end good.”

He then called the department, but after not hearing back, he set the foxes free.

Tynski said the province called back about an hour later and told him they were nuisance animals that were habituated by humans and needed to be put down.

Tynski said he agreed with the province’s concerns and, ultimately, the solution, but would like for them to take a more humane approach to trapping them.

This is the reality…feed the fox…habituate the fox…thus kill the fox. Please share so we can educate each other in the harm of feeding wildlife #wildlife @CBCNS @CTVMorningAtl @globeandmail pic.twitter.com/dPxjbJhNDN

Taylor said the devices are not lethal and meet international guidelines for humane trapping.

Taylor said five foxes have been caught and killed in Englishtown so far and the department is hoping to get rid of a few more this winter.

This article was first published by CBC News on 28 December 2019.