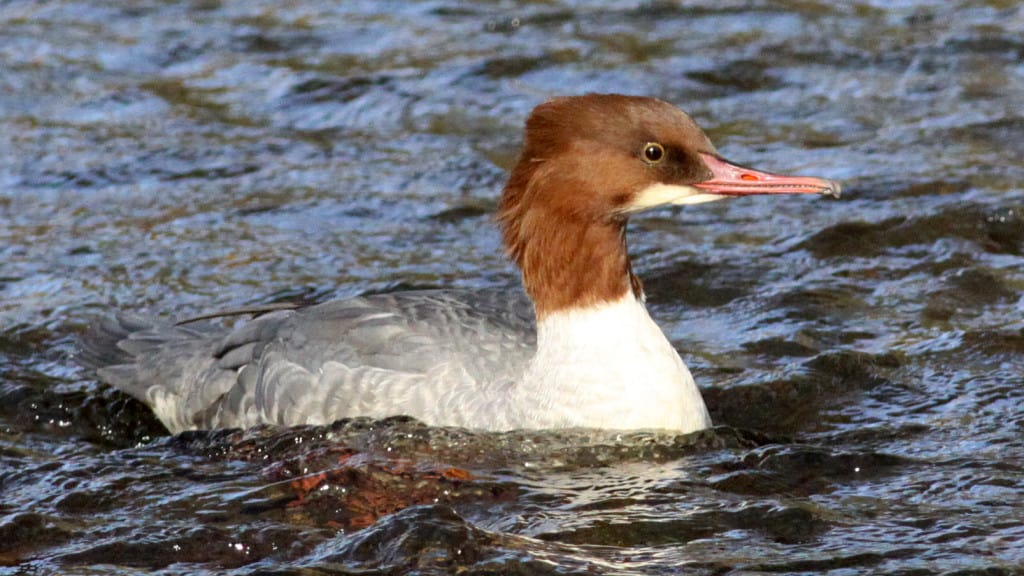 The Common Merganser (Mergus merganser), also known as a the goosander, is a large-sized duck, which is distributed over Europe, North Asia and North America. North American birds migrate south in small groups to the United States wherever ice free conditions exist on ponds, lakes & rivers; on the west coast, some birds are permanent residents. Scandinavian & Russian birds also migrate southwards, but western European birds are largely resident. 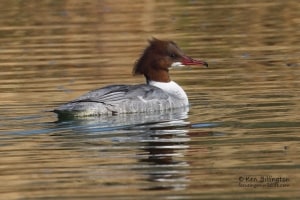 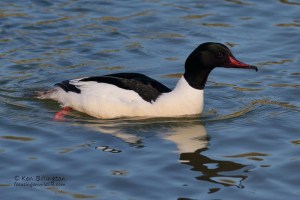 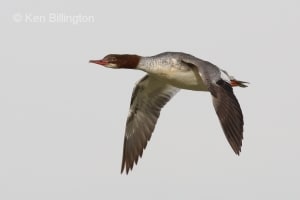 Merganser flying into the sunrise