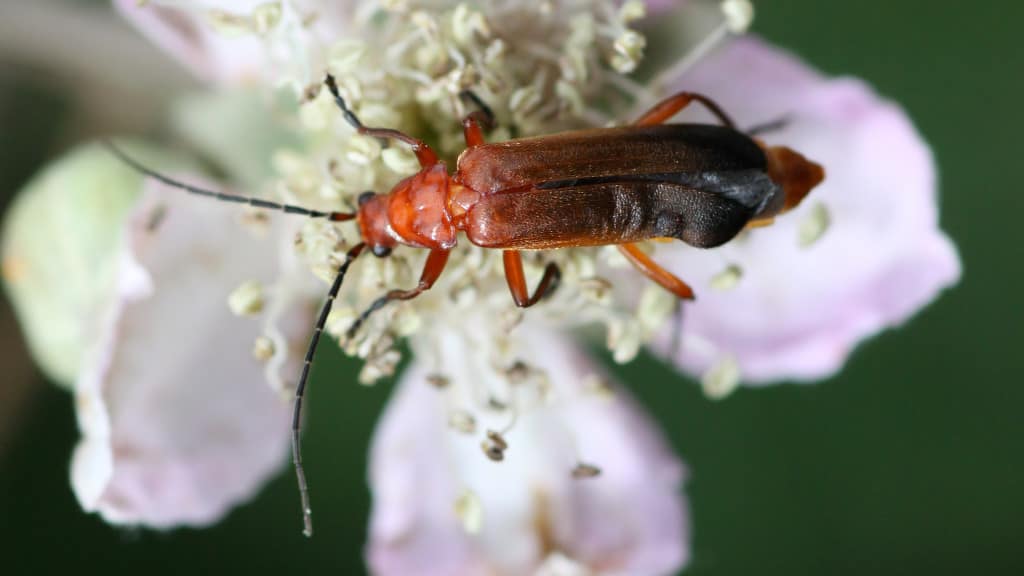 The common red soldier beetle, Rhagonycha fulva, is a species of soldier beetle (Cantharidae). The common red soldier beetle will grow up to a centimetre. Nearly all their body is coloured red yellowish. Only the last bit of the elytra is black. The body is flat and elongated. The chitin armour is very soft, resulting in the German name of this species as Weichkaefer (meaning “soft beetle”). The black thread-like antennae are also relatively long. The equally long legs have an orange colour, which become notably darker only at the end. This beetle is very common in Europe and Anatolia. Introduced to North America, it is well-established in British Columbia and Quebec and recently recorded in Ontario. One will find it very often in bushes or on grass and fields. These beetles are active during the daylight hours, when they will hunt mostly for small insects on top of flowers. 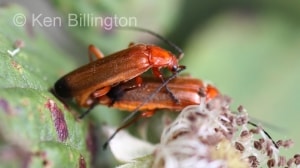 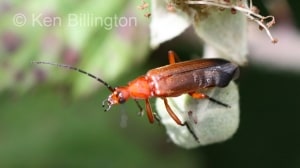 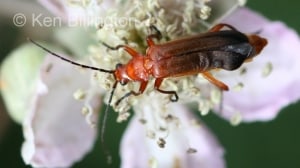 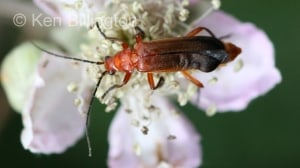 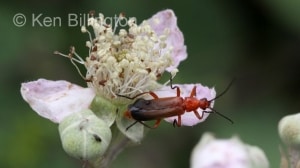