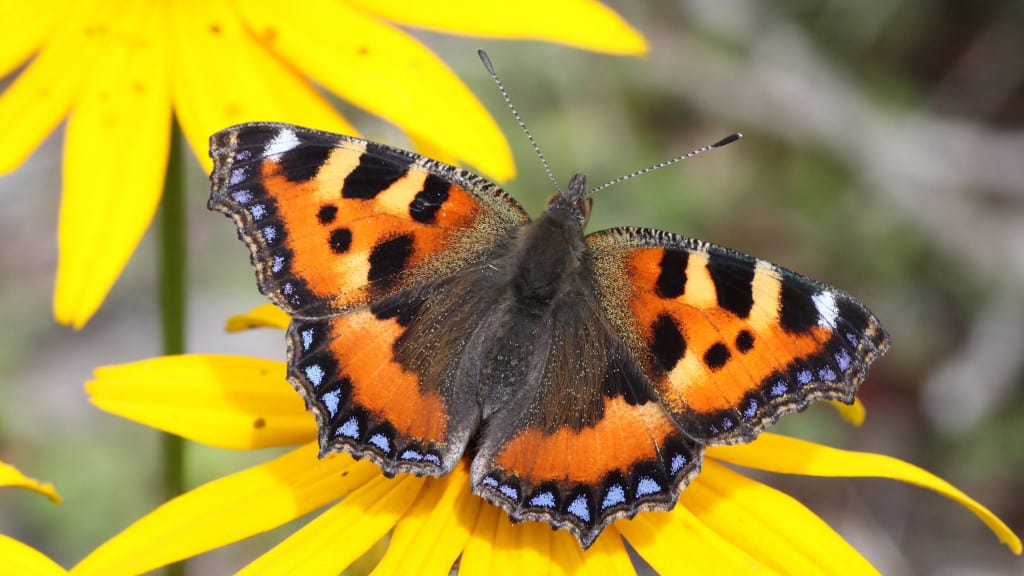 The Small Tortoiseshell (Aglais urticae) is a well-known colourful butterfly, found in temperate Europe. This is a species often found in gardens. The caterpillars feed on nettles, as do those of several Nymphalidae butterflies. When threatened, resting individuals rapidly open their wings, presenting the dramatic display of colors. The butterfly is abundant in most areas of the United Kingdom and Ireland. However, its availability often varies yearly. Its commonness may often depend on the status of the common wasp in that particular season, as the wasp is known to feed on the Tortoiseshell’s pupae. 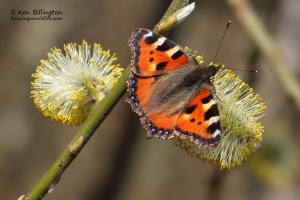