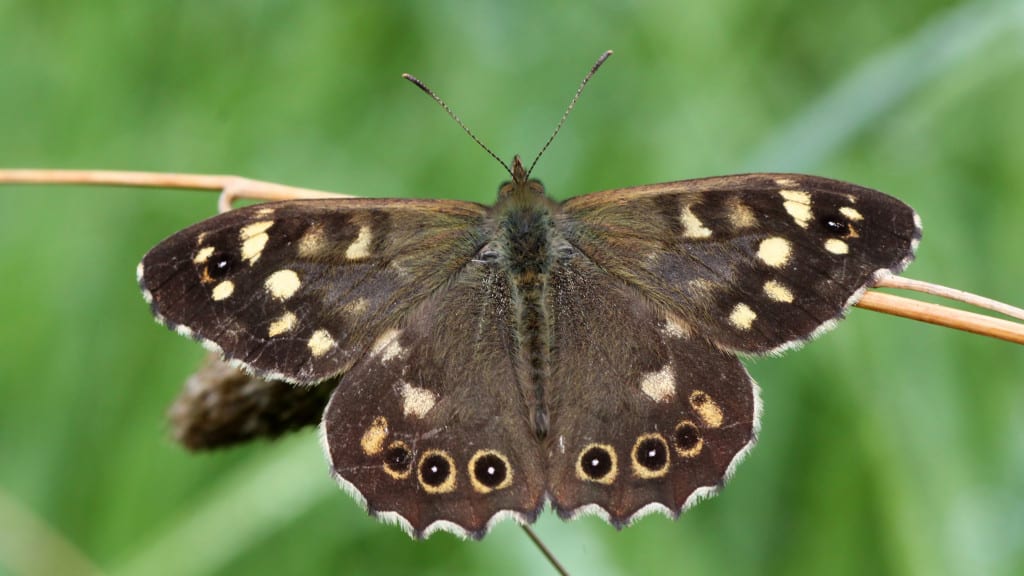 The Speckled Wood (Pararge aegeria) is a butterfly found in and on the borders of woodland throughout much of Europe. In Northern and Eastern Europe where subspecies P. a. tircis occurs it is brown with pale yellow or cream spots and darker upperwing eyespots. In southwestern Europe the subspecies P. a. aegeria has a colour which is more orange in the background; the hindwing underside eyespots are reddish brown rather than black or dark gray. The two forms gradually intergrade into each other. The speckled wood also occurs in North Africa and on the Atlantic island of Madeira. 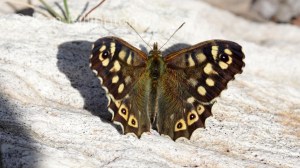 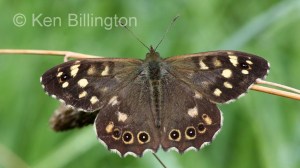 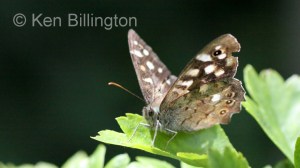 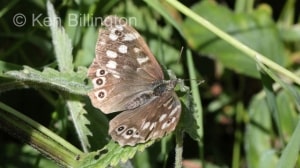