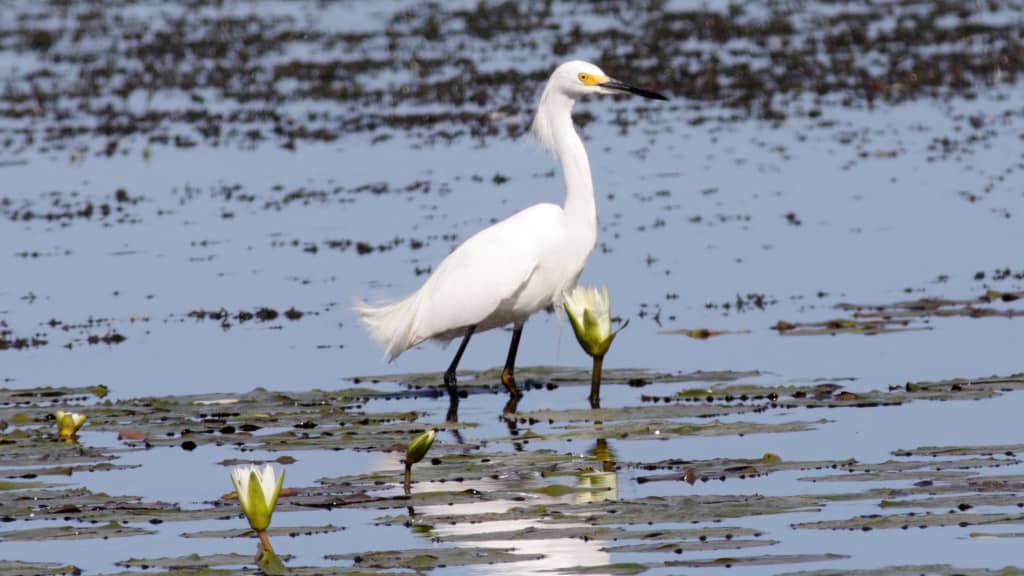 The Snowy Egret (Egretta thula) is a small white heron. Their breeding habitat is large inland and coastal wetlands from the lower Great Lakes and southwestern United States to South America. The breeding range in eastern North America extends along the Atlantic and Gulf Coasts from Maine to Texas, and inland along major rivers and lakes. In warmer locations, some Snowy Egret are permanent residents; northern populations migrate to Central America and the West Indies. They may wander north after the breeding season, very rarely venturing to western Europe. 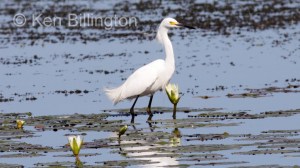