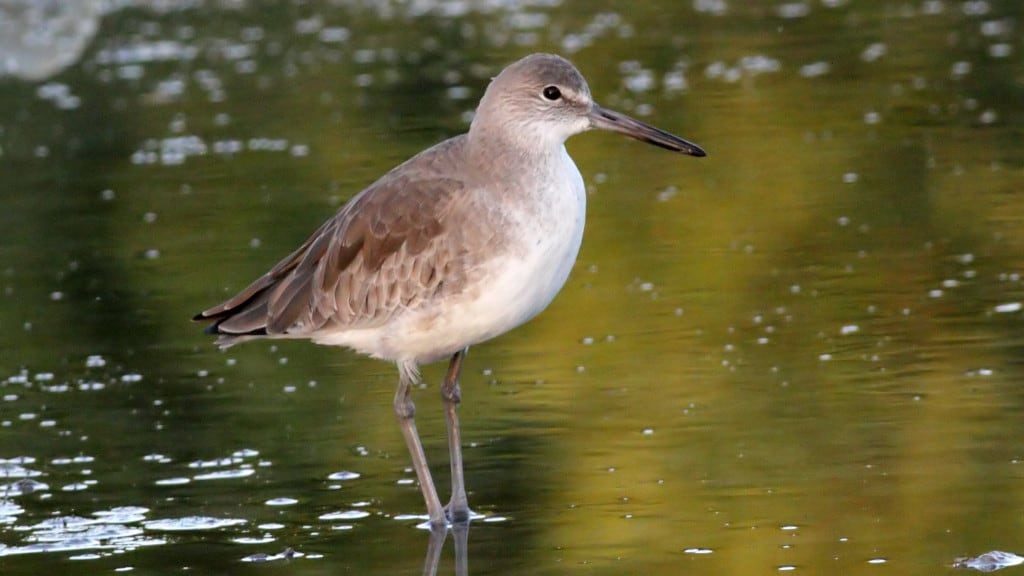 The Willet (Tringa semipalmata) is a large shorebird in the sandpiper family. Two subspecies have very different breeding habitats and ranges. The Eastern Willet breeds in coastal saltmarshes from Nova Scotia to Mexico and the Caribbean. It winters on the Atlantic coast of South America. The Western Willet breeds in freshwater prairie marshes in western North America. It winters on both coasts, from the mid-Atlantic states south to at least Brazil on the Atlantic, and from Oregon south to Peru on the Pacific. 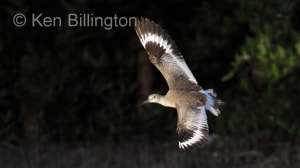 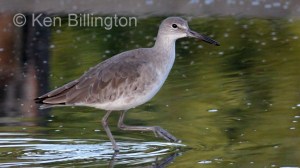 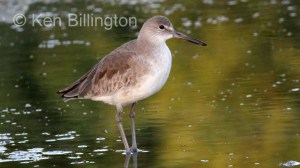 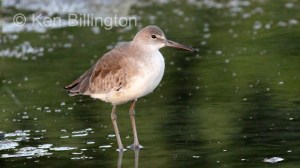