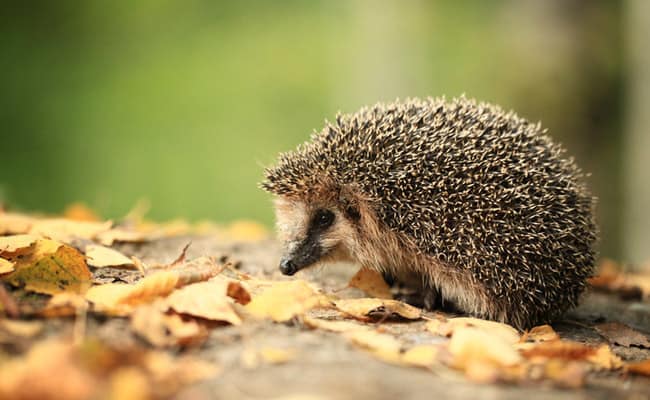 Conservationists are raising concerns about the plight of hedgehogs after finding that half the population has disappeared from the countryside in Britain over the past two decades. Despite the discouraging numbers, their advocates still believe there’s hope for their survival.

By some estimates, there were more than 30 million hedgehogs in the UK in the 1950s, but by the mid 1990s their population had dropped to about 1.5 million across England, Scotland and Wales.

According toThe State of Britain’s Hedgehogs 2018, a new comprehensive report released by the British Hedgehog Preservation Society (BHPS) and the People’s Trust for Endangered Species (PTES), hedgehogs are still declining at an alarming rate. They’re disappearing more rapidly from rural areas, with half of their population disappearing over just the past 20 years.

“There are many reasons hedgehogs are in trouble,” said Emily Wilson, Hedgehog Officer for Hedgehog Street, a public action campaign run by BHPS and PTES. “The intensification of agriculture through the loss of hedgerows and permanent grasslands, increased field sizes, and the use of pesticides which reduce the amount of prey available, are all associated with the plunge in numbers of hedgehogs in rural areas.”

Although the decline is worrying, hedgehog advocates still see hope for their survival. Plans are underway to work with farmers to support agricultural practices that will benefit hedgehogs. With 70 percent of the land in the UK being managed by farmers, that could be a big boost for hedgehogs. A spokesperson for Defra also told the BBC in response that hundreds of acres of habitat will be created and restored under the 25 Year Environmental Plan to help these beloved little mammals.

Even more hope lies for them in urban and suburban areas, but the organizations note that the move towards tidy, sterile gardens that are isolated from each other by fences and other obstructionshas also contributed to their decline over the years.

In an effort to help, PTES and BHPS launched Hedgehog Street in 2011 to help hedgehogs in these areas, and more than 47,000 people have signed up to take action by making their gardens hedgehog-friendly.

Now, their efforts seem to be paying off. The report also found that the rate of decline in urban areas is slowing, and in some places their numbers are actually growing.

“Urban and suburban areas are becoming increasingly important for hedgehogs, so we need more people in those locations to sign up as Hedgehog Champions. Hedgehogs are a generalist species, so the more people can do to help them in their own back garden, the more they will also benefit other wildlife,” added Wilson.

For more on how to help hedgehogs, check out Hedgehog Street.