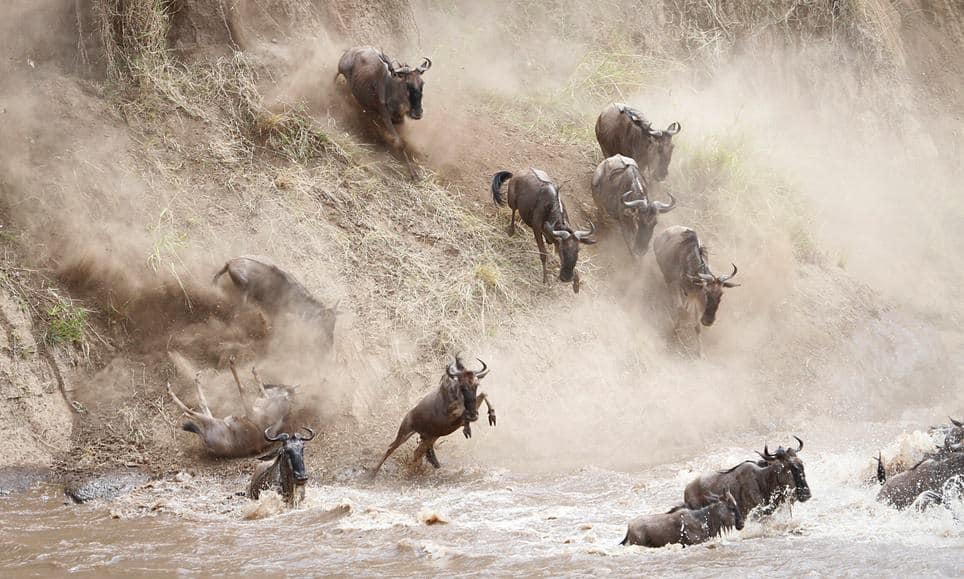 Every year a million wildebeest, half a million gazelle and 200,000 zebra make the perilous trek from the Serengeti park in Tanzania to the Maasai Mara reserve in Kenya in their search for water and grazing land.

It is one of nature’s most spectacular sights – and one that few people are able to see first hand.

But this year the dramatic display is being broadcast live on the web – complete with expert commentary.

Twice daily broadcasts of 10 to 20 minutes will run on Twitter’s Periscope app. Viewers will need to register on the website of app developers, Herdtracker.

The migration is a remarkable and occasionally gory effort by up to 2 million herbivores to stay alive during a roving round trip that tracks the rains that feed the Serengeti-Mara ecosystem.

The animals that manage to elude the thousands of waiting crocodiles in the Mara river after passing through the Serengeti are confronted by one of the world’s highest concentrations of lions and other carnivores in the Maasai Mara, drawing thousands of tourists to view a sight that American news channel ABC dubbed the world’s seventh new wonder.

Along the way, about 300,000 wildebeest calves are born before the herds make the journey back after the rainy season, providing crucial sustenance to the carnivores along the route.

The broadcasts are part of Kenya’s efforts to promote tourism. The Maasai Mara is the country’s most important national park and has drawn a succession of famous visitors including a young Barack Obama and the Chelsea football manager, José Mourinho.

The broadcasts will also be available on YouTube and on the www.discoverafrica.com/herdtrackerlive website. Notifications on schedules will be offered on the @herdtracker and @makeitkenya handles.

This article was first published by The Guardian on 29 Sep 2015.