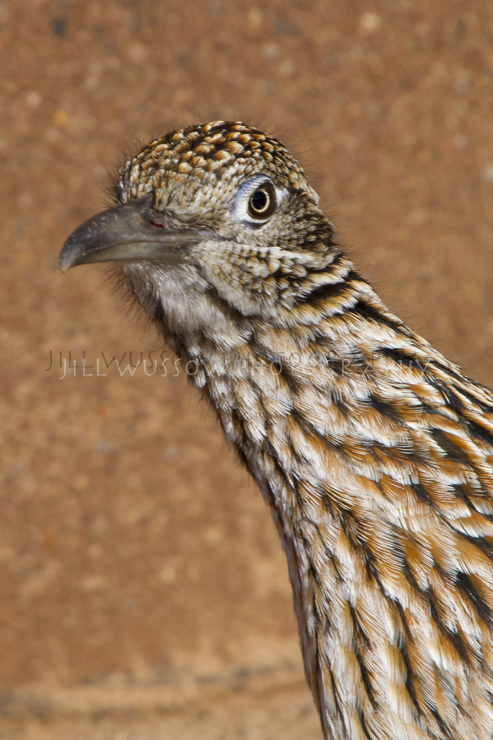 Buuuuurds! I took some pictures of them – weird! I realized I hadn’t put up any bird photos in a while, which is absurd and sad, a little ridiculous and totally uncalled for. I also said I’d try to blog it up a little more this year. Lookit me try! So, here’s some friends I hung out with this week. We had some good talks, real good.

*Warning: Johnny Nutcase is a little worked up*

(Below: This roadrunner is ready to annihilate the Bundy family and their cohorts; this Say’s Phoebe is plotting sweet revenge against the fools at Malheur) 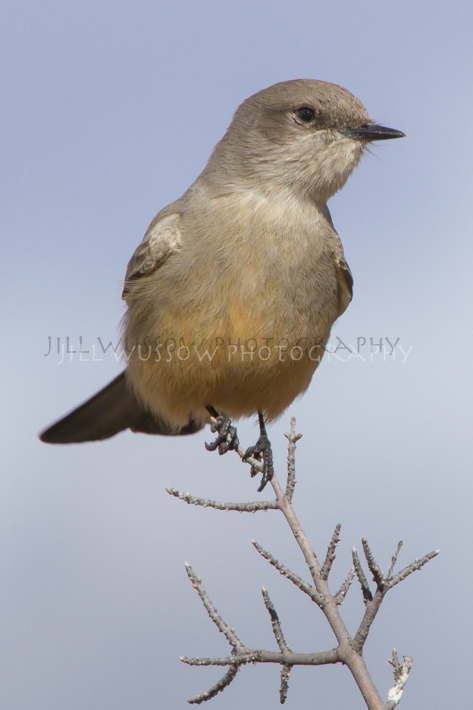 …Should we talk about this disaster in Malheur? I’m guessing if you live in these fine states of Uhmerca, you know the deal, and if you don’t and/or have decided not to be in the know (which I greatly respect), here’s a real brief low down: Some crazyass inbred ranchers who are heavily armed (“and ready to kill and be killed”) are holding Malheur National Wildlife Refuge hostage.

They seem to be lacking all or most of their head-brains and have decided that the government should give them back “their” land (HILARIOUS!) … please note they are holding hostage public land. Okay…whatever, my blood pressure is drastically rising as I type this and I just hit my head so hard on the wall I think I may be bleeding so just google this nonsense if you don’t know what I’m talking about.

I can’t handle it anymore. WAIT! Did I mention that they’re domestic terrorists? Cause that’s pretty serious sh!t right there.

(Below: This Bushtit wants, and will rightfully take, the blood of the terrorists at Malheur). If you’re my facebook friend, the below is old news, but I’ll repeat it here. Just some fine nuggets of JohnnyWisdom:

For anyone who thinks these fat white boys who are holding Malheur NWR hostage are badass (or worthy of any sort of respect at all), you should know that they’re actually pathetic, cowardly pieces of shit. You know what else they are? Terrorists.

Last time I was at Malheur, I remember spending a long time talking with the sweet, harmless, respectful, ~ 75 year old couple who had been living/volunteering there seasonally for many years. They were genuinely good people. You don’t find that much these days.

If you’ve never been to a wildlife refuge, please note that they are quite peaceful, happy, unobtrusive, wonderful places. What? That’s right, it’s a REFUGE! They are set aside to conserve flora and fauna. Extremely necessary places in this twisted world we live in.

So if you’re wanting to give these a$$holes a high five, just think about the fact that Malheur (and most other refuges) is a place where adorable, harmless, good-hearted, little old people volunteer their time. Think about that real hard. And think about what kind of pathetic person it takes to hold one of these places hostage.

(Below: Western Bluebirds…you don’t even know what they’re capable of….) 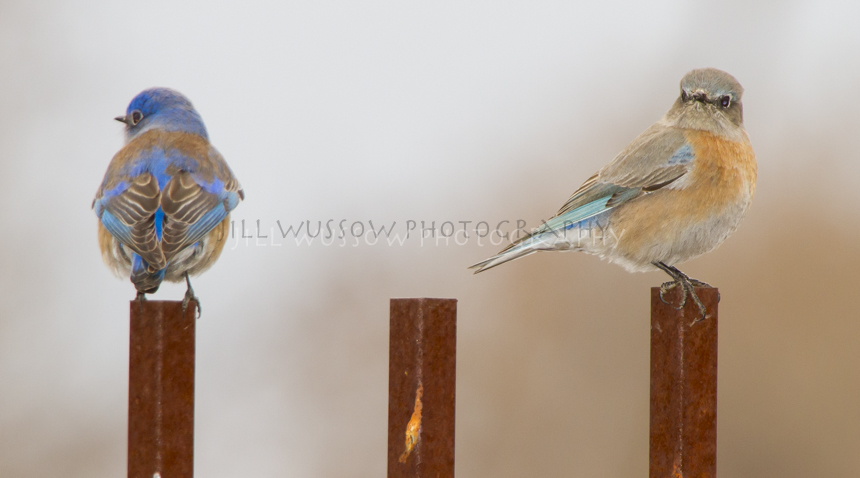 With a healthy dose of sedatives in my system, I can alllmmoost handle reading about this crap, but if I have to see their slack-jawed faces or hear their mouth-breathing voices, seriously, I just start spewing bile all over the damn place and some awful guttural noise comes out of my math and I just start gagging.

I spend a lot (A LOT) of time on public land (for fun and work), I play and work on BLM land, I work with ranchers who lease BLM land…I know the deal (and thank god this isn’t the norm..but still..grazing on public land? COME ON PEOPLE!??!) …So I’m having some serious issues with this…uh, situation. I suppose the best case scenario is that they all just die of a cheeze-it or cheeto deficiency. Sigh…we can only hope.

(Below: This spotted towhee is seriously just dumbfounded by what is happening in Oregon. Victory will be his). 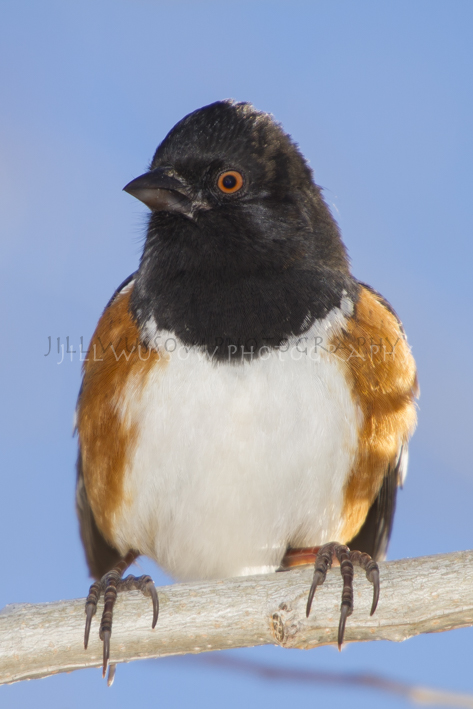 Also, because Yelp apparently has an issue with my extremely useful review of Malheur, here it is (they deleted it):

This place has gone downhill real badly since my last visit. Their lack of invasive and non-native species control is really in your face and out of control. We encountered what appeared to be a hoard of rabid, hideous, large mammals. All were slack-jawed and mouth-breathing. They had somehow gained access to a dangerous amount of weapons and ammo and most were in their camo-plummage. It appears they were attempting to communicate, but failed miserably at doing so.

Breeding season is coming up in the Oregon Outback, and we can only hope that these ogre-type creatures are infertile. Perhaps, just to make sure, authorities can take action to sterilize them all.

(Below: This white-breasted nuthatch …so damn cute, I know. That bill though, that bill has big plans. It will pluck the eyes of Vanilla ISIS right out.) 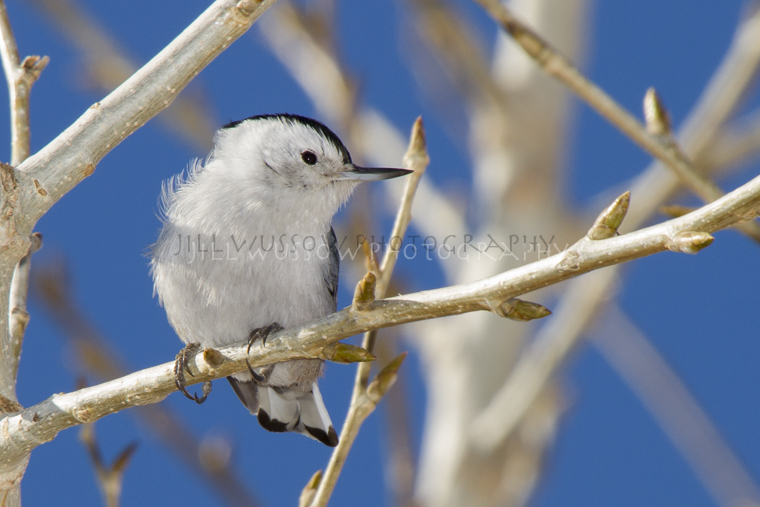 Jill Wussow, 31, is a seasonal field biologist, nature photographer and nomad. She has worked with several federally endangered bird species (including the Golden-cheeked Warbler, Black-capped Vireo and Piping Plover), sea turtles, and bats all over the United States. She is rarely in one place for more than a few months at a time and her whereabouts are often confusing. Field work has given her great opportunity to travel often and meshes with her passion for wildlife and nature photography perfectly. Through her photography, Jill hopes to convey her love and respect of the natural world.

Jill Wussow is a seasonal field biologist, nature photographer and nomad. She has worked with several federally endangered bird species (including the Golden-cheeked Warbler, Black-capped Vireo and Piping Plover), sea turtles, and bats all over the United States. She is rarely in one place for more than a few months at a time and her whereabouts are often confusing. Field work has given her great opportunity to travel often and meshes with her passion for wildlife and nature photography perfectly. Through her photography, Jill hopes to convey her love and respect of the natural world.