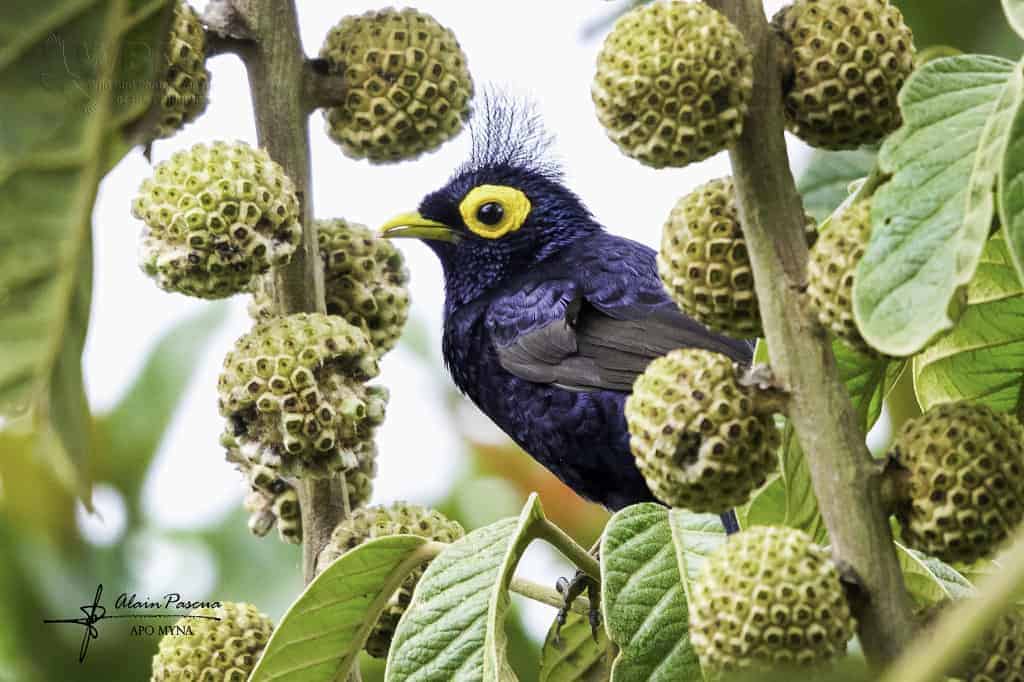 I have often wondered what the mythical bird “Ibong Adarna” was in the erstwhile kingdom of Berbania where it was described to be a magical bird that could turn humans into stone, that could change its colours as it sings, and that it could cure an ailing king. I haven’t seen this bird yet and haven’t found existing birds to fit this Philippine epic’s mythical description, but I’m content to call the Apo Myna the long lost Ibong Adarna of the old.

About 8 hours from the slopes of Mt. Apo Natural Park one can reach Mt. Kitanglad Range National Park, and at about 1,400 meters above sea level, one can easily see the Ibong Adarnas with their head crest rising proudly as they noisily sing when they come in flocks. One will just stare in awe when their black feathers exude hues of metallic blues and violets, sometimes with shades of greens, whenever the sun’s rays reflect on them, emphasizing the golden yellow patches that surround their round black eyes.

Yet as mysterious as the myth’s author who remains uncertain until this very moment, our magical bird can forever be every beautiful avian treasure the Philippines has or a combination of all these winged jewels. For me though, the Apo Myna is my Ibong Adarna.