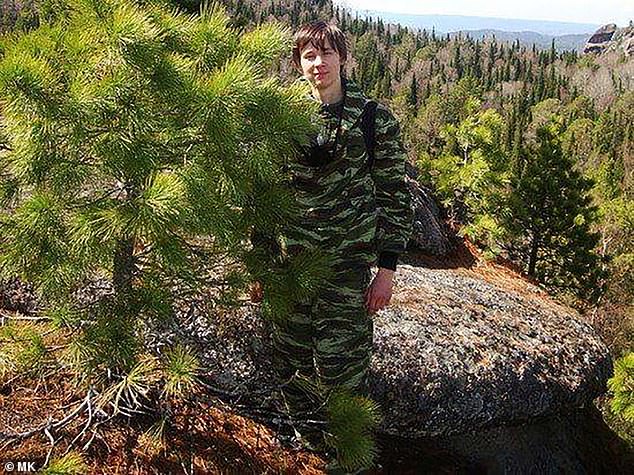 A worker was mauled to death by a performing brown bear after entering the animal’s cage at a top Russian circus.

Valentin Bulich, 28, locked himself inside the cage with the unnamed beast, according to the world famous Great Moscow State Circus. The seven-year-old bear tore off his scalp, reports said.

Bulich suffered multiple severe wounds before colleagues pulled him clear. ‘Circus workers tried to save the victim’s life, but to no avail,’ a statement said.

‘In a critical condition, he was taken to Vinogradov State Clinical Hospital, where he died of his wounds.’

The circus said that Bulich had committed a ‘gross violation of safety rules’ in entering the bear cage on a day off for performers.

A neighbour said Bulich was hardworking and dedicated to his job as an animal care worker.

‘We know him only from the positive side – he did not drink nor smoke, calm, he was a balanced, kind young man,’ said one neighbour.

Law enforcement believe that ‘for some reason the man deliberately violated all the safety rules,’ reported Moskovsky Komsomolets.

‘Valentin locked the cage from the inside. ‘He had no chance to survive – the bear removed his scalp.’

The circus has a troupe of three Russian bears which perform with the Alexandrov family. A decision has been taken not to shoot dead the bear, said the circus.

Irina Novozhilova, of animal rights group VITA, said: ‘No circus conditions will be humane for one simple reason.

‘Training goes hand in hand with cruelty…. ‘Circuses are always cruel beyond limits. ‘And circuses with animals should be banned.’

In the Middle Ages, dancing or performing bears were a common form of entertainment in Europe and Asia.

They often featured in travelling circuses or individual performances, with the majority of trainers being Romany people from Eastern Europe.

Performing bears remained a common sight in Eastern Europe and parts of Asia well into the twentieth century, despite incremental efforts to introduce bans.

The bears were captured as cubs from the Himalayas, the Middle East and the jungles of the Indian sub-continent then trained to dance and perform tricks.

Often the cub’s mother would be killed in the process of capturing the young bear. This practice continues in Siberia to this day.

The process of preparing the bear for training often involved inflicting great pain on the animal through removing its teeth, cutting its claws and inserting a metal ring into its nose.

During training, a rope attached to the nose ring would be yanked painfully and sometimes sticks and whips were also used to coax the bear into performing.

To create the illusion of dancing, the trainer would play music while the bear stood on a hot metal platform lifting one paw after another to avoid being burned. Subsequently, whenever the bear heard the same music, it would begin to ‘dance’.

A number of organisations are working to have performances featuring bears banned and to place the animals in sanctuaries, however the practice continues in some countries and even once rescued, bears often suffer from mental and physical ailments that result in an early death.

This article was first published by The Mail Online on 6 October 2020. Lead Image: Trainer Valentin Bulich, 28, was killed by a bear at the Great Moscow State Circus after he entered the animal’s cage for an unknown reason. The circus said that Bulich had committed a ‘gross violation of safety rules’ by entering the cage [File photo].