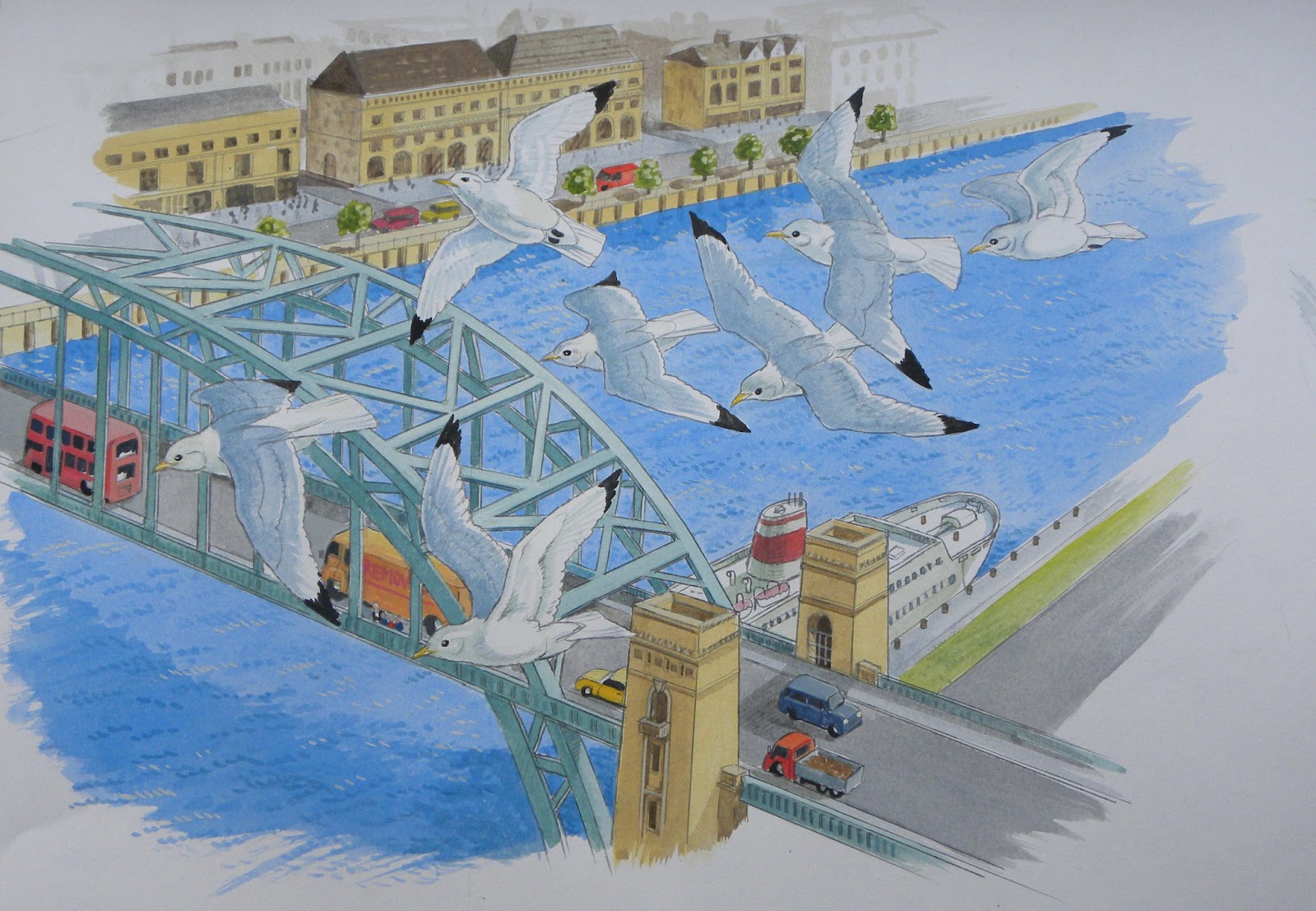 A Brand new series of children’s books will be released in the UK in the coming years to help inspire the next generation about British wildlife. The first book is a story about Kittiwakes in the North-East of England which havecolonisedthe city of Newcastle during the breeding season and have become the first inland colony in the world.

Newcastle is famous for itspassionfor football and the story is very clever with a newly fledged Kittiwake called ‘Kitty’ with his traditional striped juvenileplumage who uses the black and white surroundings of the football supporters as adefensive/survival technique to avoid predation from another iconic bird of the north-east: the Red Kite.

There is a lot of information provided about thebreedingcycle of aKittiwakeand also of local landmarks of the great city. People of all ages can enjoy and learn from it. The author John Miles wants to improve awareness in the city so that the natives understand andappreciatethis uniquespectaclethey have got. He also wants to create a legacy for people to point out the birds in the future and say “Look there’s Kitty!”

“Kitty the Toon” can be purchased here: