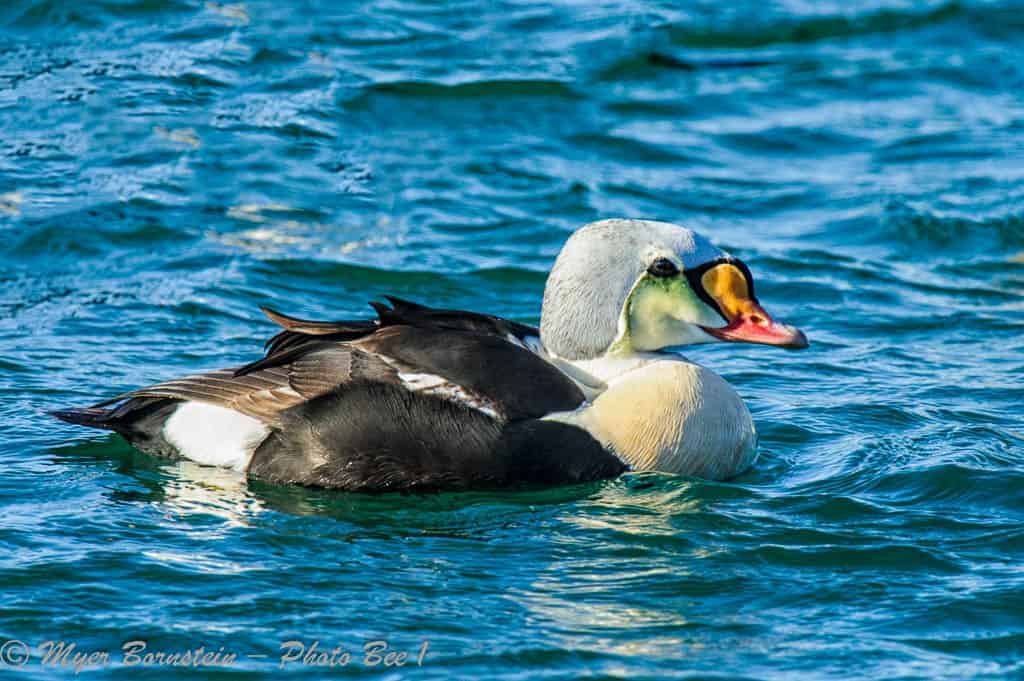 One of the prettiest ducks that winter in the Massachusetts area is the King Eider. Over the last few years, I’ve been looking for the King Eider, in order to obtain some decent photographs of this beautiful bird. A few years ago, on a birding festival on Cape Ann, I saw the bird and obtained a very distant picture of it. The reason that it is hard to see the King Eider is that they occur as a singleton rather than a large group of birds The other day, King Eider was located in the Cape Cod Canal among a huge flock of Common Eiders. It took me to separate trips down to the canal before I located and photograph the King Eider.

King Eiders breeds in the Northern Hemisphere Arctic coasts of Europe, North America and Asia. Most of the year there in the coastal marine eco-systems at the high latitudes and for breeding purposes migrate to the Arctic tundra. It mainly will winter in the Arctic and subarctic areas, especially the Bering Sea, among other areas. King Eiders are smaller than Common Eider. Once you have seen one, you cannot miss it, because of its blackbody, white breast and its multicolored head. The female King Eider is hard to distinguish from other eiders, it’s differences a shot ahead and feathering onto the bill is rounded rather than triangular in shape.