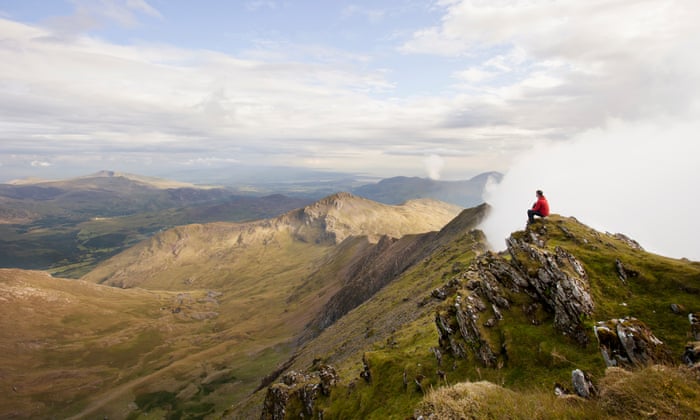 When the robin was voted the UK’s national bird last month, we chose to celebrate half of a broken relationship.

The robin evolved to make use of wild boar, preying on the worms and insects exposed by their grubbing.

It is to the boar what the oxpecker is to the Cape buffalo. But boar are mostly absent from the UK, so the robin’s survival depends on finding the next best thing: human gardeners.

You and I are just fake pigs.

We are surrounded by such broken relationships, truncated natural processes, cauterised ecologies. In Britain we lack almost all large keystone species: ecological engineers that drive the fascinating dynamics which allow other lifeforms to flourish. Boar, beavers, lynx, wolves, whales, large sharks, pelicans, sturgeon: all used to be abundant here; all but for a few small populations or rare visitors are missing.

The living systems that conservationists seek to protect in some parts of this country are a parody of the natural world, kept, through intensive management, in suspended animation, like a collection in a museum. An ecosystem is not just a place. It is also a process. I believe their diminished state also restricts the scope of human life. We head for the hills to escape the order and control that sometimes seem to crush the breath out of us. When we get there, we discover that the same forces prevail. Even our national parks are little better than wet deserts.

Our seas were once among the richest on Earth. A few centuries ago you could have watched fin whales and sperm whales hammering the herring within sight of the shore. Shoals of bluefin tuna thundered up the North Sea. Reefs of oysters and other sessile animals covered the seabed, over which giant cod, skate and halibut cruised. But today, industrial fishing rips up the living fabric of all but 0.01% of our territorial waters. To walk or dive in rich environments we must go abroad.

Though not, I hope, for long. On Wednesday a new organisation, Rewilding Britain, was launched. (It was inspired by my book Feral and I helped to found it, but I don’t have a position there). Its aim is to try to catalyse the mass restoration of the living world, bring trees back to bare hills, allow reefs to form once more on the seabed and to return to these shores the magnificent, entrancing animals of which we have so long been deprived. Above all it seeks to enhance and enrich the lives of the people of this nation. I hope that it might help to change the face of Britain.

Already, local projects hint at what could be achieved. In the southern uplands of Scotland, the Borders Forest Trust has bought 3,000 hectares of bare mountainside and planted hundreds of thousands of native trees. The Arran Seabed Trust in the Firth of Clyde managed, after 13 years of campaigning, to persuade the government to exclude trawlers and scallop dredgers from one square mile of seabed. The result, in this tiny reserve, is an explosion of lobsters, crabs, scallops and fish. It’s now trying to extend the project to a larger area.

In Sussex, the Knepp Castle estate gave up its unprofitable wheat farming, released a few cattle and pigs and let natural processes take over. Now it hosts some of Britain’s highest populations of nightingales, purple emperor butterflies and turtle doves. Partly through ecotourism, accommodation and selling high-grade meat, it has become profitable. In south London, the Wandle Trust has turned a mangled and polluted urban river back into a beautiful chalkstream, supporting kingfishers and wild trout. Wonderful as these projects are, until now they have lacked a national voice. Britain remains in a state of extreme depletion.

Some people argue that we should not seek to re-establish missing species until we’ve protected existing wildlife. But nothing better protects our ecosystems than keystone species. Beaver dams provide habitats for fish, invertebrates, amphibians and waterbirds. In Ireland, resurgent pine martens appear to have pushed back the grey squirrel, allowing red squirrels to recolonise. One study suggests that our woodland ecology cannot recover unless half the country’s deer are culled every year. Lynx could do it for nothing. Functional ecosystems in which dynamic living processes prevail are likely to be more resistant to climate change than stagnant collections in virtual glass cases.

Over the past two years there has been a surge of enthusiasm for change. A poll in Scotland found that 60% support the reintroduction of beavers, with only 5% opposed. Over 90% of respondents to a survey by the Lynx UK Trust supported a trial reintroduction. Researchers at the University of Cumbria digitally altered photographs of Borrowdale in the Lake District, adding or subtracting trees. Of the people who saw them, 69% favoured the images with extra trees. A video extracted from my TED talk, about the relationship between wolves and other wildlife has been watched 18m times.

But the interests of local people must never be overruled. Rewilding must take place only with active consent. Already landowners are coming forward, proposing to rewild their own property. Community groups, such as Cambrian Wildwood in mid-Wales, are seeking to buy and restore surrounding land. What rewilding offers is a new set of options in places where traditional industries can no longer keep communities alive, where schools and shops and chapels and pubs are closing and young people are leaving the land to find work elsewhere.

In the hills of southern Norway, the return of trees has been accompanied by a diversification and enrichment of the local economy. There, the small income from farming is supplemented with eco-tourism, forest products, rough hunting, fishing, outdoor education, skiing and hiking. The governments of Britain now claim to be willing to pay for the protection of soils and watersheds. These are likely to be more resilient sources of income than the current farm subsidy system upon which all hill farming in this country depends, whose gross injustice – transferring vast sums from the poor to the rich simply for owning land – is as unsustainable politically as it is ecologically.

Perhaps most importantly, rewilding offers hope. It offers the hope of recovery, of the enhancement of wonder and enchantment and delight in a world that often seems crushingly bleak. My involvement with rewilding, to my own amazement, has made me much happier and more optimistic than I was before. I feel an almost evangelical sense of excitement about the prospects for change. I want other people to experience it too.

In 2009, the rewilding pioneers Trees for Life released some wild boar into an enclosure at Dundreggan, in the Scottish Highlands. Within 20 minutes, robins came down from the trees and started following them.

Their ecological memory was intact. When I’ve accompanied children from deprived London boroughs to the woods and rock pools for the first time in their lives, I have seen something similar: an immediate, instinctive re-engagement, the restoration of a broken ecological relationship.

Once we have richer wild places to explore, we won’t need much prompting to discover their enchantments.

This article was first published by The Guardian on 16 Jul 2015.