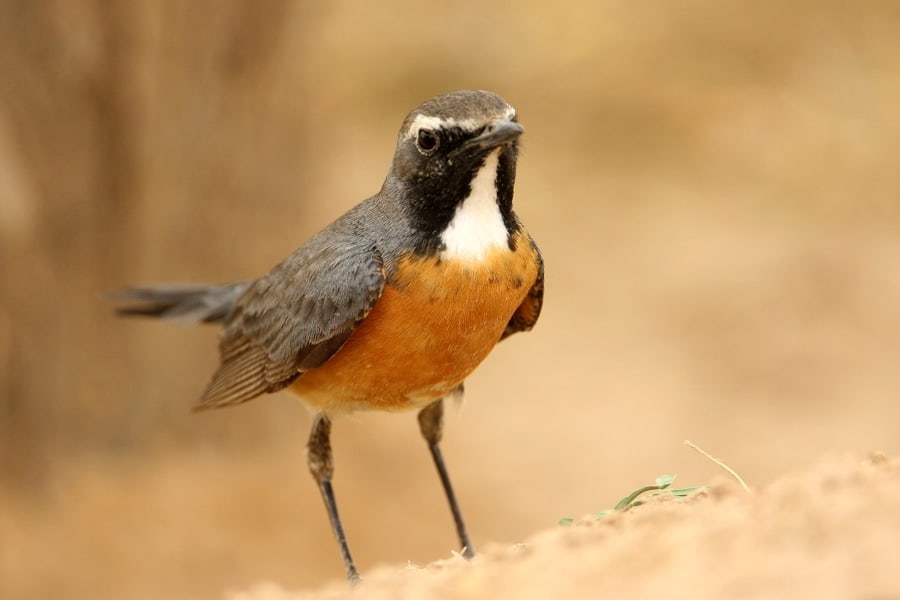 Thanks to a £300,000 (US$ 480,000) grant from Defra’s Darwin Initiative, a major new three year conservation programme is starting in Iraq. Focusing on the mountainous region of Kurdistan the project will involve experts from BirdLife International and the Royal Botanic Garden Edinburgh (RBGE), in partnership with Nature Iraq (BirdLife Partner).

The project will generate new data for conservation and resources for protected area management and environmental education. The team’s aim is to make serious progress in addressing the challenges of conservation resulting from nearly 30 years of scientific isolation.

“The biodiversity of Iraq is extremely vulnerable following years of unstable government, breakdown in traditional land management and recent rapid development”, explained Tony Miller, RBGE’s Centre for Middle Eastern Plants (CMEP) Director and UK project leader. “What’s more the country has limited capacity to deal with threats to the environment. At present the only internal organisation engaged in conservation work is Nature Iraq. Supported by BirdLife International, since 2005, it has adopted a Key Biodiversity Areas (KBA) approach to identifying biodiverse-rich regions. The new funding will allow us to work with the two agencies towards conserving the country’s fragile environment”.

This is not the UK teams’ first involvement in Iraq. Both BirdLife and RBGE have been working with Nature Iraq for several years, delivering training to Iraqi scientists. These activities have involved staff, students and personnel from all major Iraqi organisations with an interest in the environment, including the major universities and Ministries in both Iraq and the Kurdish Autonomous Region.

“Richard Porter, of BirdLife, commented: “Working with Nature Iraq for the past seven years has been inspiring and a great privilege. Their extensive wildlife surveys have produced a wealth of information and now there is a great opportunity to use this for an exciting education programme”.

The UK’s Natural Environment Minister Richard Benyon said: “Iraq has suffered many years of war and conflict, and protecting its wildlife has understandably been a low priority. Things are now changing, and with work already underway to tackle threats to the environment it is clear Iraq has stepped up its efforts to conserve its vulnerable wildlife. The Darwin Initiative is all about helping the world’s poorest countries protect their wildlife, and I hope that the money and expertise provided by the UK will allow them to focus on this once more.”‪

This project brings together the foremost British expertise in both Middle Eastern plants and birds to work in partnership with the Iraqi environmental NGO Nature Iraq”, added Sophie Neale, CMEP’s Head of Biodiversity Programmes and UK project manager. “It will involve extensive fieldwork in the Kurdistan region of northern Iraq and will have a significant impact on conservation in the country. One legacy will be interactive identification guides to the biological diversity of Piramagroon (a Key Biodiversity Area), including photographic guides which can be downloaded to mobile phones. This technology has been recognised as a particularly appropriate, accessible and user friendly way to disseminate information in the Middle East. Nevertheless, this will be the first time it has been achieved for biodiversity information in Iraq”.

Welcoming news of the grant, Nadheer Abood, CEO of Nature Iraq, concluded: “In Iraq, conservation of species and habitats has languished far behind the rest of the world due to decades of war and civil unrest. Nature Iraq has been active in trying to change this situation since 2004 through conservation research and field studies. Now, in a partnership with the Royal Botanic Garden Edinburgh and BirdLife International, we will work together to plan and implement specific conservation tools at a proposed protected area in northern Iraq. Once developed these tools will help us in our efforts to create and expand a protected area network within Iraq”.

The Building Capacity For In-situ Conservation in Iraq project is one of 33 to receive a total £8.5 million UK Government funding under Defra’s Darwin Initiative. Since its launch in 1992, the Darwin Initiative has committed £88 million to 762 projects in over 150 countries.